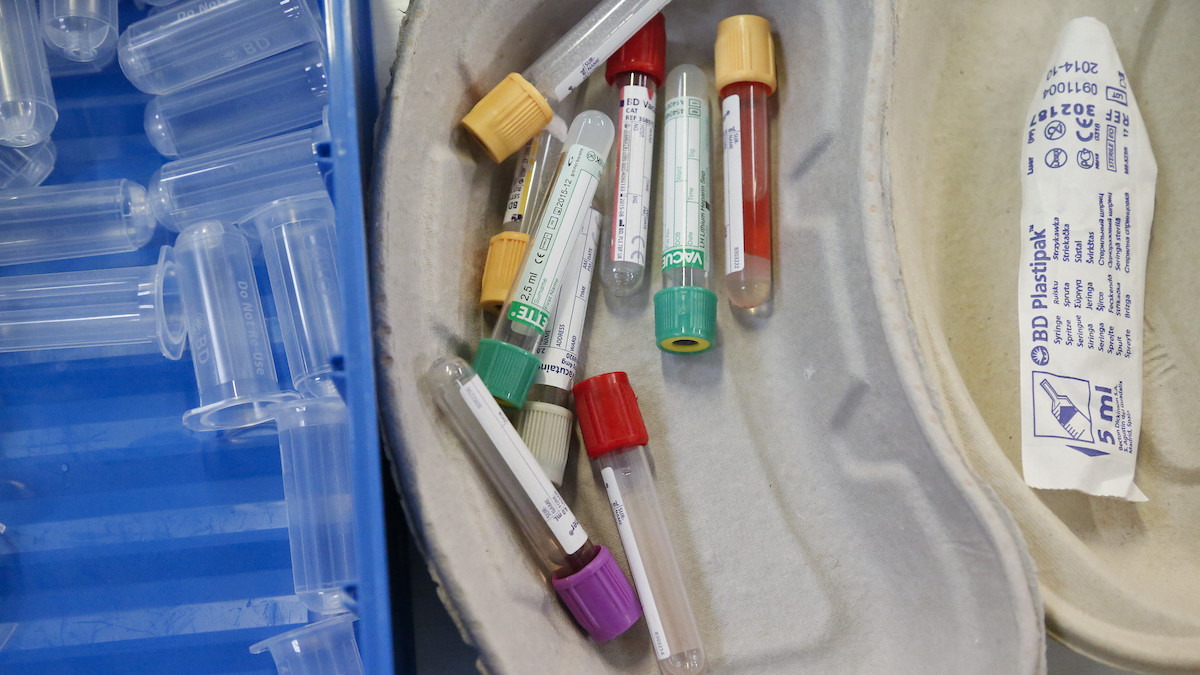 In 2015, a marine biologist filmed her team removing a plastic straw from a sea turtle’s nostril. The video went viral, and a few years later, the global campaign to eliminate single-use plastics was in full swing. Companies like Starbucks, McDonald’s, Evian, United Airlines and even Red Lobster vowed to cut down on plastic waste.

But even the most stringent anti-straw advocates among us know that sustainability has its limits. When it comes to the tools doctors use to poke, prod, test and treat us with, human safety, not the safety of the planet, is paramount.

But the two aren’t always in conflict, according to a paper in the December issue of Health Affairs — the first-ever issue on the intersection of climate and health. There’s a way to cut down on medical waste and the emissions produced by manufacturing new medical supplies, according to the analysis, which notes that the supply chain is responsible for 80 per cent of the emissions from health-care sources in the U.S. The solution is called medical device reprocessing.

Medical device reprocessing, a little-known industry in the global health-care sector that cleans, inspects and repackages used hospital equipment, has doubled in size every year for the past 20 years, the Association of Medical Reprocessors says. In 2018, medical device reprocessing diverted 15 million pounds of medical waste from landfills and saved health-care institutions an estimated $470 million.

This industry isn’t in the business of reprocessing things like syringes, catheters and needles — the authors of the study recommend recycling those products for their base materials instead of reprocessing them. The study, a review of previous research published in December, focuses on “mid-range complexity” medical devices, equipment like ultrasound probes, blood pressure cuffs, some kinds of forceps and laparoscopic tools, all of which can be cleaned and reused. The analysis was conducted by professors working in medical schools at a number of top universities around the world.

“There are opportunities to reduce emissions without sacrificing health-care quality,” Jodi D. Sherman, an associate professor of anesthesiology in the Yale School of Medicine and a member of the research team that worked on the study said at a press conference in December. (Sherman has received funding from the Association for Medical Device Reprocessors.)

Not to mention, investing in systems that encourage reusing products will help avoid the kind of system-wide shortages hospitals experienced in 2020 during the COVID-19 pandemic. For example, it’s possible to safely decontaminate and recirculate N95 masks, a crucial piece of personal protective equipment that has been in short supply throughout the pandemic. But a couple of obstacles stand in the way of reducing waste and emissions from the medical supply chain.

For one thing, manufacturers of original equipment have found ways to undercut the reprocessing industry by doing things like slapping single-use labels on devices that can safely be reused, slashing the “best before” dates on products to shorten their shelf life, designing flimsy products that won’t last long, putting unnecessary holes in devices to make them more difficult to clean and even covering “critical pieces of the device in glue to prevent disassembly,” the study says.

In 2015, a marine biologist filmed her team removing a plastic straw from a sea turtle’s nostril. The video went viral, and a few years later, the global campaign to eliminate single-use plastics was in full swing.

And the U.S. Food and Drug Administration (FDA) and the Centers for Disease Control, the two federal organizations that set the regulatory protocols for safety and sanitation in hospitals, make it easier for manufacturers to produce single-use rather than reusable devices. The FDA requires marketers of products that can be reused to prove that the device in question can be safely reprocessed. Companies that market devices as single-use don’t have to meet that requirement.

“This creates a regulatory incentive for manufacturers to label devices as single use to avoid the time and financial resources required to validate a reprocessing protocol,” the study says.

Dr. Lori A. Hoepner, an assistant professor at SUNY Downstate’s Health Sciences University School of Public Health who was not involved in the paper, told Grist that the study takes a rather broad look at the waste coming out of health-care institutions and doesn’t fully account for the downstream costs of reprocessing. For example, one of the studies this new study relies on only assessed disposable wipes as a method of cleaning reusable blood pressure cuffs, which in turn creates its own environmental burden.

One thing the study could have done, Hoepner said, is “explore more environmentally friendly decontamination methods.” It also could have acknowledged that “the methods we use to sanitize medical devices can lead to adverse health effects that may impact the economy from the burden of costs associated with illness,” Hoepner said.

Andrea MacNeill, a clinical associate professor at the University of British Columbia and the lead author of the study, says medical device reprocessing is a good first step, but it isn’t the only solution to reducing waste from the health-care system or even the best one.

“Even better would be purpose-built reusable products,” MacNeill told Grist. “There are many examples of this already in health care including surgical steel instruments, Goretex gowns and complex devices like fibre-optic endoscopes,” she said. “In the same way that people can have confidence in the safety of dining out using reusable plates and utensils that thousands of people have used previously, medical devices can be safely reprocessed for many reuses.”

Medical device reprocessing, she pointed out, is a little bit like washing and repurposing the medical equivalent of plastic forks and paper plates — why not use products that were built to withstand many uses in the first place?

Doctors and governments have an incentive to cut down on greenhouse gas emissions — more and more research shows that climate change threatens health outcomes and life expectancy around the world. In December, a landmark report in the medical journal The Lancet showed that rising temperatures and other consequences of burning fossil fuels threaten to undo the past 50 years of gains in public health.

“If you work in health care, there is a role in not just responding and adapting but preventing the emissions that lead to climate change,” Alan Weil, editor-in-chief of Health Affairs, said last month.

In order to reduce emissions from medical equipment, the Health Affairs study says that we need to transform the linear health-care economy, the current raw-material-to-landfill pipeline in many hospitals, into a circular one instead. That means designing durable products, teaching various industries within the health-care sector to use one another’s used materials, finding new ways to use old materials and, perhaps most importantly, writing new regulations that actually encourage manufacturers to make reusable products.