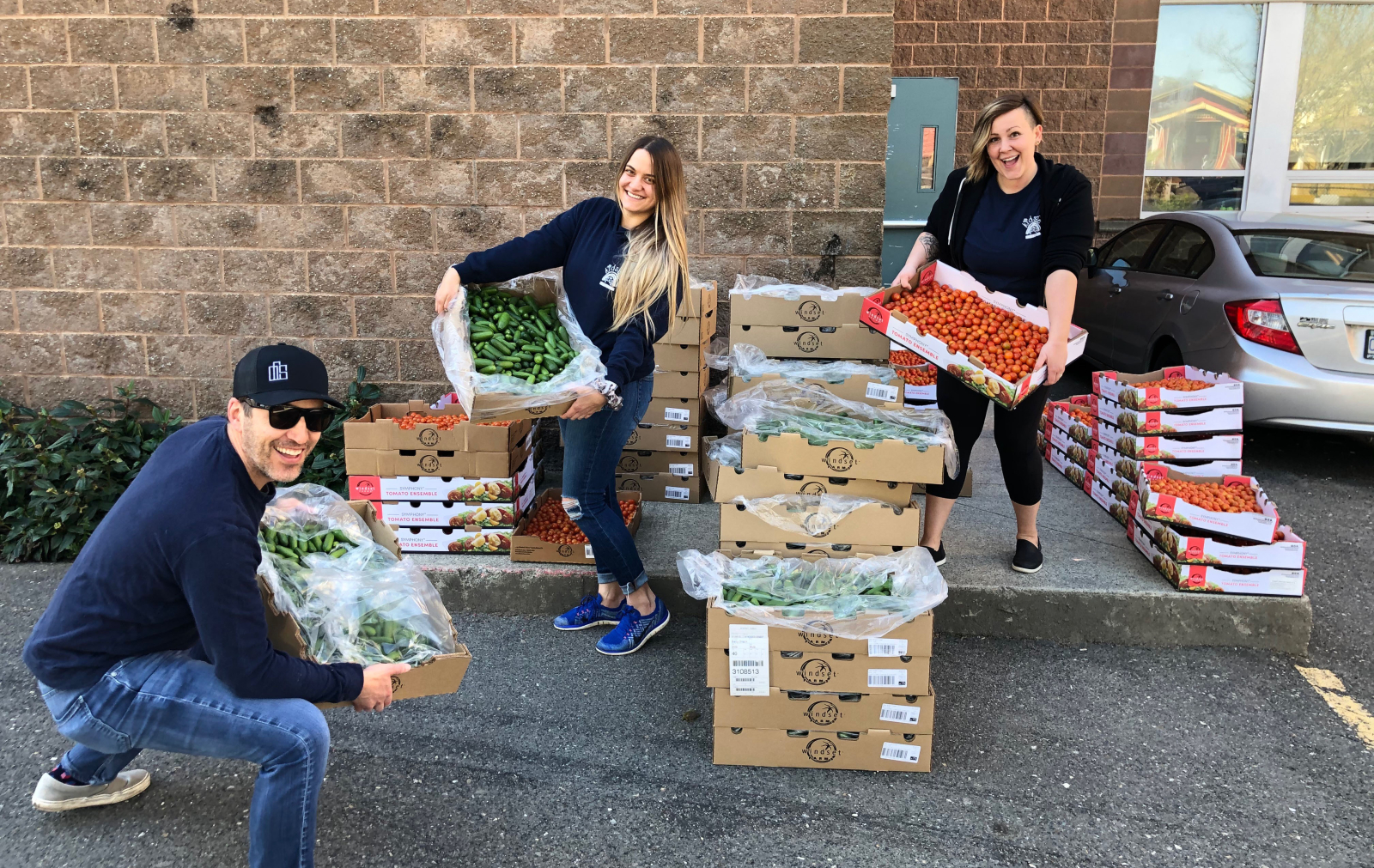 One of the early offers to Vancouver Food Runners came from a coffee shop that closed due to the pandemic — and a load of milk and cream that would have been wasted was instead picked up by a volunteer and brought to a food hub.

It’s one of many stories in the short history of the organization, which started matching food donations from businesses to charities in March 2020. The group tugged at the heart of volunteer Dave Major, who picked up the load of milk and cream and brought it to KidSafe BC.

“Just seeing something as basic as milk and cream and these things expiring ... and then linking them with child-based programs, I mean, it was just such a simple thing,” he said. “Yet, it has such a profound impact on me.”

Tristan Jagger, founder of Vancouver Food Runners, can’t believe how fast the group has grown — as of December 2020, the organization redistributed over 200,000 pounds of food in the Vancouver area, the equivalent of more than 195,000 meals.

“Our goal ... was about 40,000 pounds, and so we were completely blown away by being able to collect this amount of food,” said Jagger.

She’d had the idea in the works for a year, and said she decided to fast-track its launch once COVID-19 hit. Jagger said the premise, based on a model used in the United States, means more fresh products are able to get to organizations faster.

“Basically what happens is we get a call from a food supplier — so let's say a bakery or restaurant caterer, whatever it might be — and we have ... a dispatcher ... that gets the call, and we match (the food) manually with the charity,” she said.

From there, the available food call is uploaded to the Food Runners app, where anyone who has downloaded it gets a notification. Runners can then claim the rescue and deliver it to the matched charity. The organization now has 740 runners, who are all volunteers.

Jagger points to the fact that one in nine households in the province could be categorized as food-insecure, while one in six children under the age of 18 don’t have enough food. She thought of her own children (she has four under the age of seven) going hungry, as well as the amount of food that goes to waste in Vancouver when founding the organization.

As of December 2020, Vancouver Food Runners has redistributed over 200,000 pounds of food in the Vancouver area, the equivalent of more than 195,000 meals, thanks to volunteers using their app. #foodsecurity #COVID19 #foodwaste #foodrescue

“In Vancouver, the social gradient is so big. There's so many people who have so much money and so many people who are suffering, but we all live so close together ... so I started just doing some research all over the world about what other people are doing and I came across this amazing organization called 412 Food Rescue,” she said. “I convinced this girl, her name is Leah Lizarondo, to license me her app.”

Lizarondo, who was already giving the app to people in other states, agreed to license it to Jagger. At the time, Food Runners was still just an idea — something Jagger knew she really wanted to make happen.

“I said, ‘Let me be the first one in Canada,’ but I didn't even have a food rescue charity or anything. But I think she kind of saw that I was super passionate about it,” said Jagger. “I flew down and met her, and she came to Vancouver, and we’ve kind of just been working on it together to get it here.”

In Jagger’s eyes, what makes the app unique is the speed at which it’s able to function. It means food that needs to be kept fresh can get into the mouths of people in a much shorter time frame. She thinks of some notable donations — lobster, cheese and meats — that may not have even made it to food hubs using another method.

“For these charities, products like meat and dairy are the biggest and hardest thing for them to get. And so Food Runners is able to connect that fresh food to them, because we're able to pick it up within a few hours and deliver it within 15 minutes,” she said.

“Kind of like Uber Eats ... but for free food and driven by charities.”