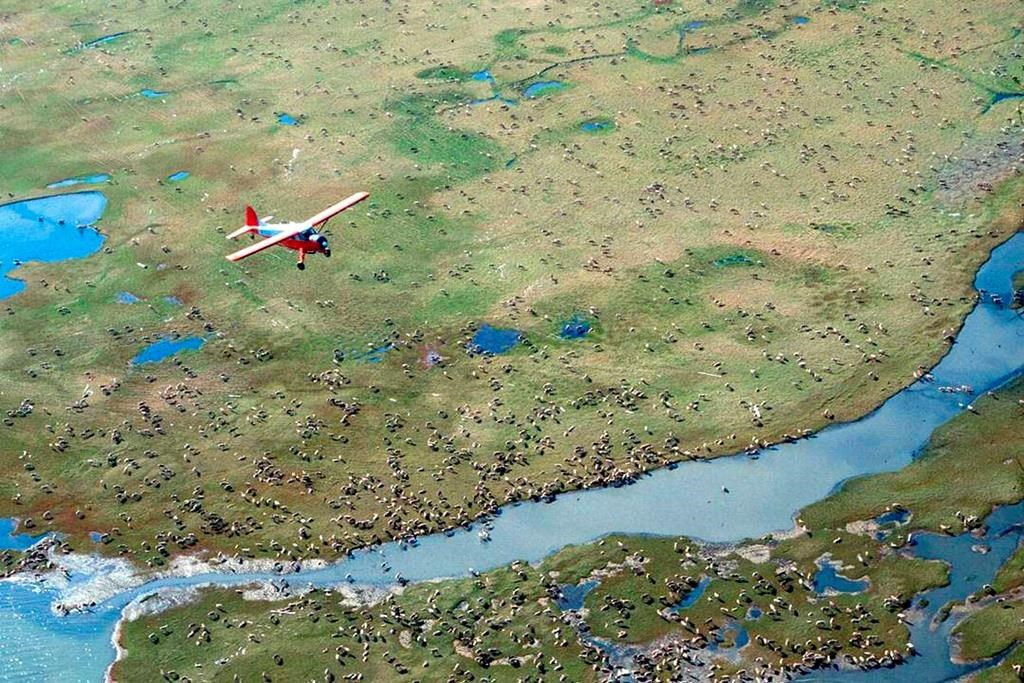 In this undated file photo an airplane flies over caribou from the Porcupine caribou herd on the coastal plain of the Arctic National Wildlife Refuge in northeast Alaska. File photo by The Associated Press/U.S. Fish and Wildlife Service
Previous story
Next story

"Canada continues to strongly oppose development in the Arctic National Wildlife Refuge due to the potential impacts on the Porcupine caribou herd and on Indigenous Peoples," said federal Environment Minister Jonathan Wilkinson in a statement.

In one of its final acts, the administration of United States President Donald Trump held a sale for land in the refuge that includes the calving ground of the Porcupine caribou herd.

That herd is one of the few healthy herds left in the Arctic and is crucial to the livelihood and food security of First Nations in Yukon and the Northwest Territories. Scientists have warned that industrial activity could drive the vast herd of 220,000 animals away from land along the shores of the Beaufort Sea where they go to birth their calves.

Wilkinson pointed out the herd is protected by an international treaty.

"Canada’s concerns have not received a response that addresses the high level of risk to our shared species. Prior to any leases being legally awarded, Canada has requested that additional consultations take place to assess and consider potential long-term effects on Porcupine caribou."

"The Gwich’in people have defended our sacred lands for thousands of years and we will not stop now," said Gwich’in Steering Committee Executive Director Bernadette Demientieff.

"In their push to sell off our lands to the fossil fuel industry, the Trump administration has engaged in a corrupt process and disrespected and dismissed the Indigenous people."

The Gwich'in launched a lawsuit this summer to block the sale. It remains before the courts.

Major energy companies stayed away from the offering and almost all the leases were bought by an Alaska state agency.

President-elect Joe Biden has promised to block any sale of the lands.

This report by The Canadian Press was first published Jan. 6. 2021.