Approved COVID-19 vaccines not enough to inoculate all Canadians by September: feds 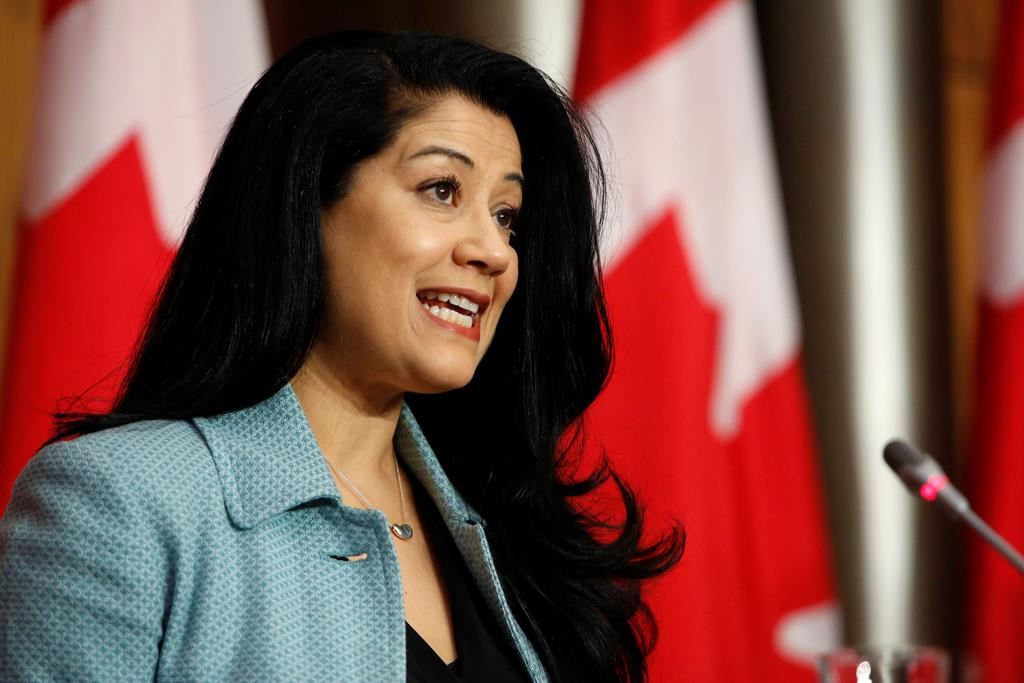 OTTAWA — Federal Procurement Minister Anita Anand says Canada will do "whatever it takes" to get more COVID-19 vaccine doses delivered to Canada faster but there hasn't yet been any change to the number of doses Canada is expecting to receive this winter and approvals for additional vaccines are still at least several weeks away.

Anand said Canada had already put a number of offers on the table to vaccine makers to get more deliveries faster, including upping the price per dose.

"We convey to the vaccine suppliers that we will do whatever it takes to get vaccines into this country and to do so as early as possible," Anand said at a regular pandemic briefing to Canadians Friday.

Canada has approved two vaccines and is currently scheduled to receive four million doses from Pfizer-BioNTech and another two million from Moderna before the end of March. That is the same delivery plan that has existed since November.

Reports say Israel — which signed a contract with Pfizer in mid-November, more than three months after Canada did — paid twice as much per dose, and is getting that vaccine much faster. Israel has vaccinated more than 1.5 million people already, mostly with Pfizer-BioNTech's vaccine.

Canada's contracts with vaccine makers have not yet been made public but Anand said Friday Canada paid fair market value for the doses.

Reports have put the European price for Pfizer's product somewhere between $18 and $24 and the United States' at about $25.

Moderna has previously said it is charging $40 to $47 per dose.

Procurement Minister Anita Anand said Canada had already put a number of offers on the table to vaccine makers to get more deliveries faster, including upping the price per dose. #COVID #vaccines #pandemic

Anand did not elaborate much on what else Canada is doing to urge faster deliveries of the hottest commodities in the world, other than to suggest Canada isn't going to follow the United Kingdom and delay a second dose of the vaccines in a bid to get more people a first dose faster.

"It's important from a procurement perspective to remember also, that as we press for additional deliveries on an accelerated basis, we need to be able to show to the vaccine companies that Canada is indeed following the instructions that a second dose be administered in a certain time frame," said Anand.

Canada's national advisory committee on immunization is looking at the evidence to determine if a first dose works well enough for long enough to allow the second dose to be delayed.

Neither Pfizer nor Moderna is on board with the idea, because their clinical trials are based on the dosing schedule as listed.

Dr. Supriya Sharma, the chief medical adviser at Health Canada overseeing the vaccine approvals, said there have been some calculations that suggest both vaccines are quite effective after one dose, but because almost all the trial patients who were vaccinated got a second dose on schedule, it's impossible to know how long that single dose's immunity would have lasted.

She said the first report on adverse events from vaccines administered in Canada so far shows no evidence of any trouble. There have been no rare side-effects seen at all, and the mild and moderate side-effects, such as fevers, headache and fatigue, were in line, both in severity and frequency, as what was seen during the clinical trials.

That news was overshadowed by federal-provincial vaccine bickering, with Ottawa concerned doses aren't being given by provinces fast enough and provinces arguing they're running out of doses to give.

Several premiers say they can vaccinate people faster if more doses can be delivered and are potentially going to run out of doses.

But Anand said Ottawa has been clear to the provinces on the delivery schedules and they should base their vaccine efforts on that.

She said deliveries will double between January and February.

That assumes every Canadian wishes to be immunized and that vaccines prove safe and effective for children as well as adults.

Anand acknowledged the schedule also depends on Canada approving more vaccines. Moderna and Pfizer are to send enough to vaccinate about 30 million Canadians by the end of September.

Health Canada is reviewing submissions from drugmakers AstraZeneca and Johnson & Johnson, but Sharma said a lot of information has to come in from them before decisions can be made on their vaccine candidates.

AstraZeneca's has been approved in the United Kingdom but Canada is waiting for results from a big trial in the United States. Sharma said that review is complicated because AstraZeneca made a mistake in its earlier trials and some people only got half doses instead of full doses.

Sharma said she expects results from the AstraZeneca U.S. trial in one to three months. Johnson &amp; Johnson could report results before the end of January.

Health Canada can't make a decision on either until those results come in.