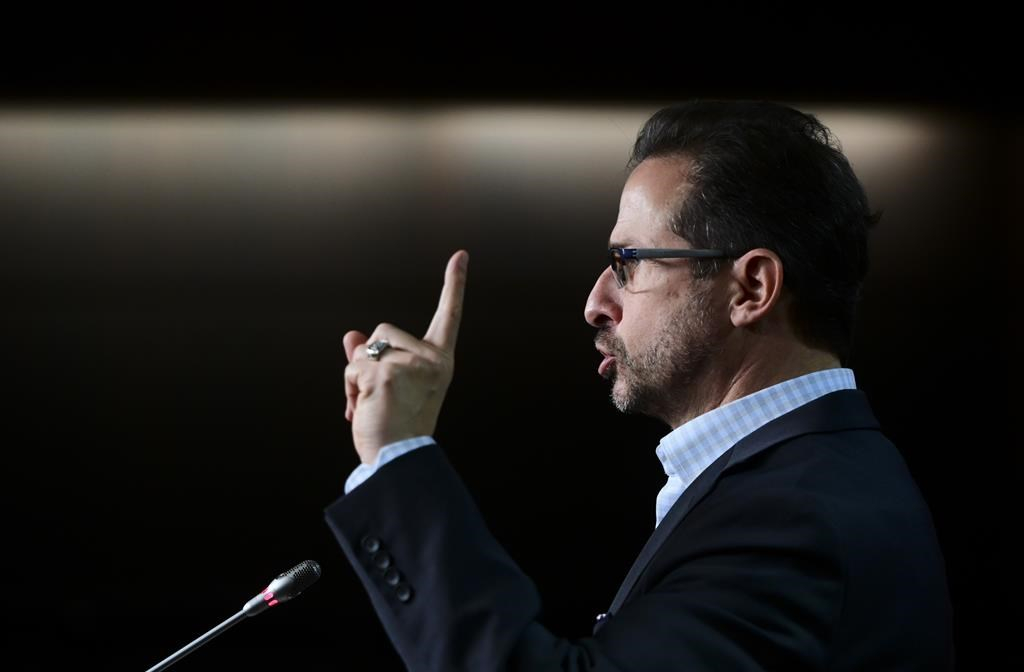 OTTAWA — Dozens of people — including some MPs — say Bloc Québécois Leader Yves-François Blanchet has blocked them on Twitter after they criticized his statements about Transport Minister Omar Alghabra, with some arguing they have a right to be heard.

Nour El Kadri, the president of the Canadian Arab Federation who was among those blocked by Blanchet on the social media platform, said people should be able to respond to accusations made by politicians.

Last week, after Alghabra, born to a Syrian family in Saudi Arabia, was sworn in as federal transport minister, the Bloc issued a release that sought to sow doubt about his association with what it called the "political Islam movement" due to the minister’s former role as head of the Canadian Arab Federation.

El Kadri tweeted at Blanchet to say the Canadian Arab Federation has been a secular organization under its constitution since it was founded in 1967.

"(I told him) it’s secular like Quebec that you’re asking for, then he blocked me," he said.

"He started to block other people who were voicing opposing opinions."

On Twitter, Blanchet argued against the idea that he was robbing anyone of their right to free expression.

"When I 'block' people, it’s because their posts don’t interest me (fake accounts, political staff, insults …)," he wrote in French last Thursday.

"That does not prevent them from publishing them. I just won’t see them, nor they mine," he said, adding things are calmer this way.

Richard Moon, a law professor at the University of Windsor, said it is credible to claim that Blanchet infringed the charter-guaranteed right to freedom of expression of those who can no longer see or comment on his tweets.

Dozens of people, including some MPs, say Bloc Québécois Leader Yves-François Blanchet has blocked them on Twitter after they criticized his statements about Transport Minister Omar Alghabra, with some arguing they have a right to be heard. #cdnpoli

While Twitter is not itself subject to the charter as a private entity, Moon said, when a politician uses it as a platform to make announcements and discuss political views, the politician’s account becomes a public platform.

"To exclude someone from responding or addressing because of their political views could then be understood as a restriction on their freedom of expression," he said.

Duff Conacher, co-founder of the pro-transparency group Democracy Watch, said Blanchet’s Twitter account is a public communication channel and he cannot decide arbitrarily to not allow voters to communicate with him there.

"Politicians are public employees, so they can’t just cut people off from seeing what they’re saying through one of their communication channels," he said.

"The public has a right to see all their communications."

Ottawa Mayor Jim Watson faced a lawsuit in 2018 from local activists he had blocked on Twitter. The court action was dropped after Watson conceded his account is public and unblocked everyone he had blocked, so no legal precedent was set.

Green said he found himself blocked when he criticized Blanchet’s statements that defended the right of universities’ professors to use the N-word.

Gazan accused Blanchet last week of racism and Islamophobia over his statement about Alghabra.

"When criticized, he refuses to engage in a conversation, and a conversation he clearly needs to have around his Islamophobia," she said.

So you’ve been blocked by a politician. What now?

The guy may be racist, but

The guy may be racist, but him not listening to people is not a violation of free speech. Sometimes people are too quick to talk about rights when what is going on is just somebody being a massive jerk. People shouldn't act like massive jerks, but there is not going to be a human right to prevent them.

But this issue does raise a

But this issue does raise a valid point. A politician's official public communication channel(s) should be available to the general public to which that politician is responsible. For federal politicians, that's the whole country. Channels like Twitter and email are designed to be two-way and if the channel is open for agreement and praise, it should be equally open for criticism and push-back. And as a related issue, some politicians and ministers hide their parliamentary email accounts; one wonders why?