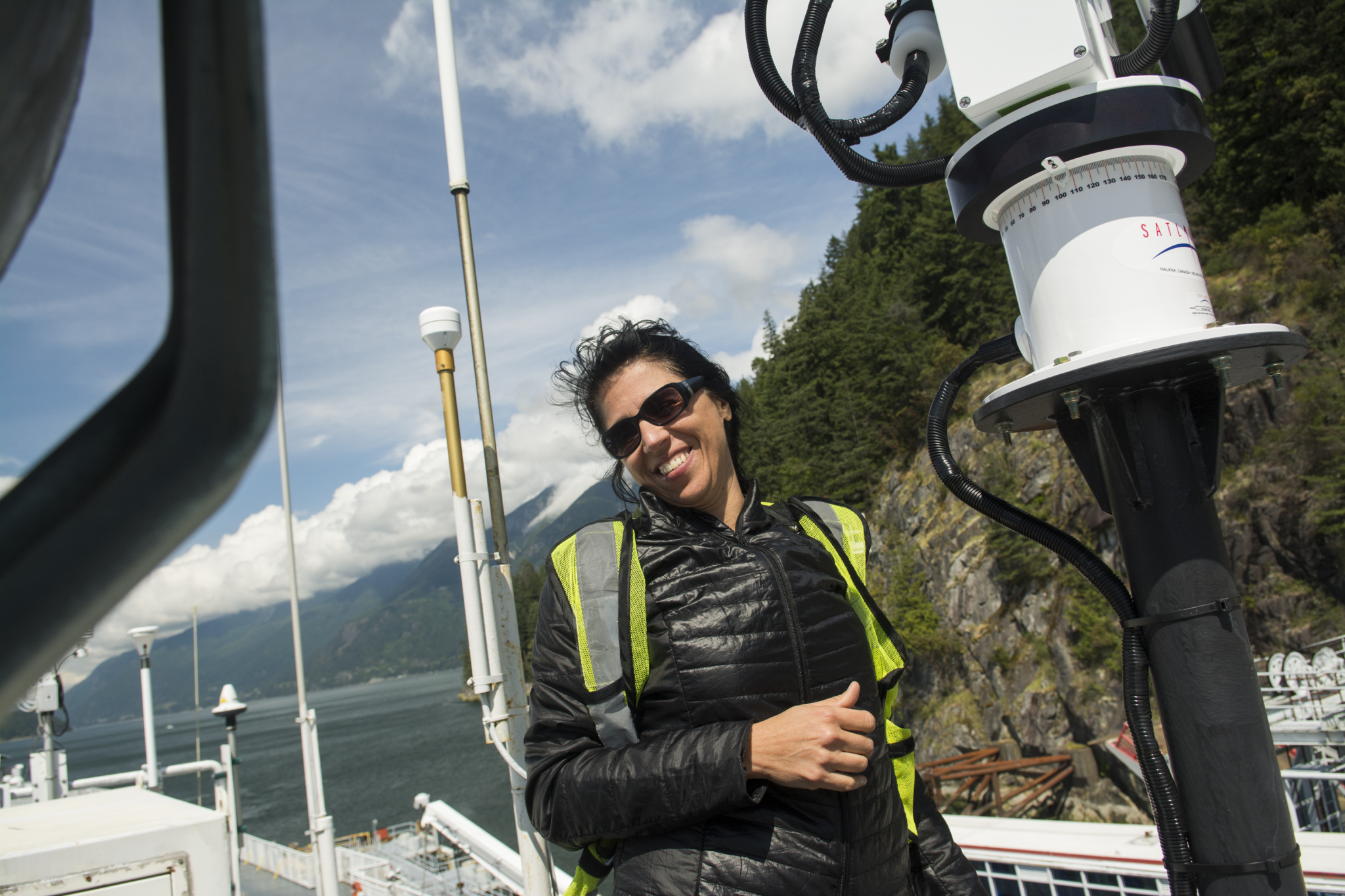 An ambitious project to map and monitor sea kelp forests along the entire B.C. coast is afoot, and scientists are using seemly disparate tools — both ancient and modern — to do it.

Researchers are using centuries-old British sea charts and advanced technology, such as camera drones and satellite images, to trace shifts in the abundance and distribution of kelp beds over time, said geographer Maycira Costa.

Like rainforests, B.C.’s canopy-forming kelp beds are critical and extensive ecosystems that shelter and feed a host of marine life, including juvenile salmon and marine mammals such as seals and otters, said Costa.

“We're trying to combine efforts to understand how these areas have been changing,” she said, adding climate change in particular is a big concern, “and what we can do to minimize those changes because they're such an important habitat.”

There is a lack of overall data around kelp beds along the coast, said Costa, who heads the Spectral lab at the University of Victoria, which specializes in using remotely sensed imagery to monitor change in marine environments.

Some individual kelp beds in B.C. have been studied, but not consistently over time in a wider way, leaving a poor understanding of what’s going on with the giant algae populations so critical to the marine ecosystem, Costa said.

“It’s one thing to look at kelp beds for just one year, but the important part is looking at several years of data,” said Costa, noting kelp bed growth or loss can be quite dynamic over short periods of time.

Establishing a widespread picture of where and why kelp is diminishing or growing is critical to determining management or conservation policy and even the commercial harvest of these marine forests, she said.

Mapping the future of kelp with old sea charts

But, curiously, to establish a baseline measurement of kelp on the coast, Costa’s high-tech research team relied on antiquated marine maps for the job.

An ambitious project to map and monitor sea kelp forests along the entire B.C. coast is afoot, and scientists are using a combination of centuries-old British sea charts and satellite images to do it.

Considered navigational hazards, large kelp beds were carefully notated on British charts, which turned out to be an unusual but valuable source of information about coastal habitat in the 19th century, said Costa.

A total of 137 charts were scanned, with the co-ordinates and kelp beds included on digital maps after ensuring the scale and quality of the data, according to the study.

The chart data suggests most concentrated kelp beds are around the north and west coasts of Vancouver Island, in the Johnstone Strait and in northern waters and northwestern Haida Gwaii.

The next step to map the distribution of kelp on the coast over time is compiling satellite data from 2005 to the present, along with available scientific and government data from kelp inventories from the 1970s to 1990s, Costa said.

“You wouldn’t believe the amount of data we have (to analyze),” she said.

“For the B.C. coast, we have almost 6,000 satellite images. The amount of time spent processing data, it’s almost surreal.”

The project is looking at both Bull and giant kelp with help from the Hakai Institute and funding by Fisheries and Oceans Canada (DFO), the Canadian Hydrographic Service and the Pacific Salmon Foundation, Costa said.

A complete kelp map for the Salish Sea, which stretches across the inside passage of Vancouver Island, is expected to be complete by mid-2021, she said, adding maps of B.C.’s central and north coasts will follow.

“So, looking at this more recent history in comparison with the past (sea chart map), about 100 years ago, that’s when we're going to have the major findings,” Costa said.

“When we understand present and the past and how things have changed.”

Once complete, the spatial-temporal kelp maps will be valuable in honing in on what factors, such as climate change, human activity or environmental changes, might be impacting kelp resiliency, she added.

“What we need to understand is where the kelp is, and what’s changing to support and to preserve the ecological and economic importance of these marine forests.”