How students in Ontario are trying to save civic discourse 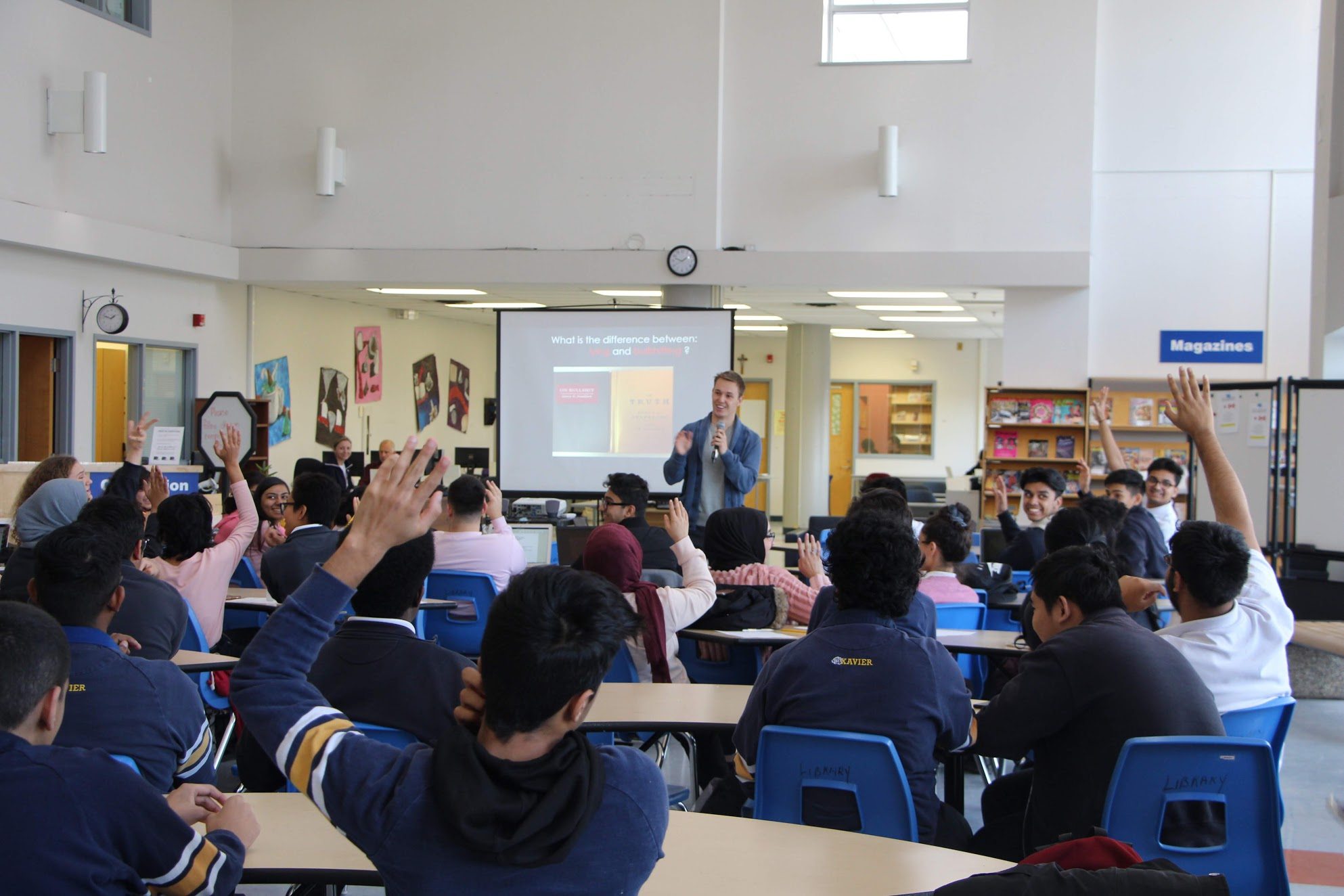 With the nadir in civic discourse at last year’s U.S. presidential debates fresh in their minds, high school students from across Ontario are preparing to receive an antidote by competing in a high-minded tournament of ideas.

Students on 20 teams from 16 schools are getting acquainted with the ways an “ethics bowl” differs from the debating competitions many of them have previously taken part in, and participants say the exercise holds valuable lessons for those in positions of power, too.

In a typical debate, “the way you win isn't necessarily by trying to get to the truth, but rather by rhetorical mastery, or trickery, one-upmanship over your opponent,” Jeffrey Senese, president of the Ontario High School Ethics Bowl, explained to a group of students from Assumption College Catholic High School in Windsor this week.

“An ethics bowl is different. We're trying to solve problems, get down to the truth. And so to this end, you can ... concede a point to your opponent and this is a sign of collegiality” that is rewarded in the scoring rubric that judges fill in, said Senese, who also runs outreach for the philosophy department at the University of Toronto.

“We’re not looking for mic drop moments,” he added, noting the exercise aims to acknowledge that issues are complicated and nuanced, and frames the topic as the target of attention, not the opponent.

In fact, incorporating the other team’s valid arguments into your response to an ethical dilemma is actively encouraged, whereas in many debate formats, “you’d be laughed offstage if you admit your opponent said something that was helpful to furthering the conversation,” Senese said.

The university’s Mississauga campus hosted 11 schools at the initial Ontario event last year, but the provincial tournament on Feb. 27 will be virtual. The winning team will move on to a national event, also virtual, which will likely happen in late April.

By the end of Senese’s presentation to the assembled Assumption students (including the school’s top tennis player and its reigning stock trade simulation champion), all warmed to the concept once they’d worked out how the competition was being scored.

“When you start considering the other side, you become even more open-minded and you realize that not every case is black or white, but it's really focusing on that grey area and where you stand there,” said Gaby Ruggero.

As potential future leaders, the event is “training all of us (that) instead of shooting each other down, to ... collaboratively come up with great ideas and strengthen our own ideas."

Mekhi Quarshie describes last September’s chaotic presidential debate, which saw former president Donald Trump constantly interrupting his challenger Joe Biden and the moderator, as the worst he’d ever seen, but said the style is prevalent elsewhere in society, too.

“If one person puts up a very good point, even if we might find some validity within it, we want to just bash it down and contradict it,” Quarshie said.

As potential future leaders, the event is “training all of us (that) instead of shooting each other down, to really collaboratively come up with great ideas and strengthen our own ideas,” he said.

The idea for ethics bowls emerged out of the United States, and was picked up initially out west in Canada, involving the Manitoba Association for Rights and Liberties and the universities of Manitoba and British Columbia and B.C.’s Simon Fraser University.

The model views disagreement as an opportunity for people to learn from each other and gets participants both to recognize that the values of truth, reason, and intersubjective understanding “transcend their individual perspectives” and to test the validity of their views against these values, said Gurpreet Rattan, the chair of U of T Mississauga's philosophy department.

"These values are, as recent world events have shown, not only important in inquiry and research, but also for democratic citizenship and politics," he said.

“I like the idea of an ethics bowl that puts truth and principles above ideology,” said Assumption College's business teacher Jeremy Bracken, who is coaching the school's ethics bowl team as well as its debate team, finance club and numerous business competitions and public speaking events this year.

For Ontario's 2021 competition, judges will include professors and professionals, graduate students and other academics in law, political and social science, history, science and medicine. Teams will be judged on whether they clearly address questions and comments from the moderator and opposing team, stay on topic, consider conflicting viewpoints, and engage with counterpoints raised in respectful dialogue.

A moderator will tally the number of judges who give a win to each team, rather than tallying their scores, which are not revealed to participants.

The finalists will be asked to wrestle with the real-world question of COVID-19 vaccination, including whether health-care workers should be required to get it or if schools should be allowed to restrict access to only vaccinated students.

Other examples of issues to be discussed include free speech versus hate speech, drones as weapons, cultural appropriation, toxic masculinity, the call-out culture, and whether police should be invited to Pride parades.

Stephanie Gibson took a team from Toronto’s Humberside Collegiate to last year’s event and will be back this year.

The school’s Grade 12 philosophy teacher says the bowl encourages the pursuit of ethical truth and forces students to hold their own ideas to account.

It is critical to equip young people with critical thinking skills, Gibson says, especially in the current climate, arguing that her subject should be mandatory starting in elementary school to help students “improve upon the clarity of their thinking, their ability to see through illusion, to try to look at different ideas and entertain them without having to take them in as their own.”

Editor's note: This article was updated at 12:13 p.n. on Jan. 21. 2021 to include comment from the chair of the philosophy department at the University of Toronto.