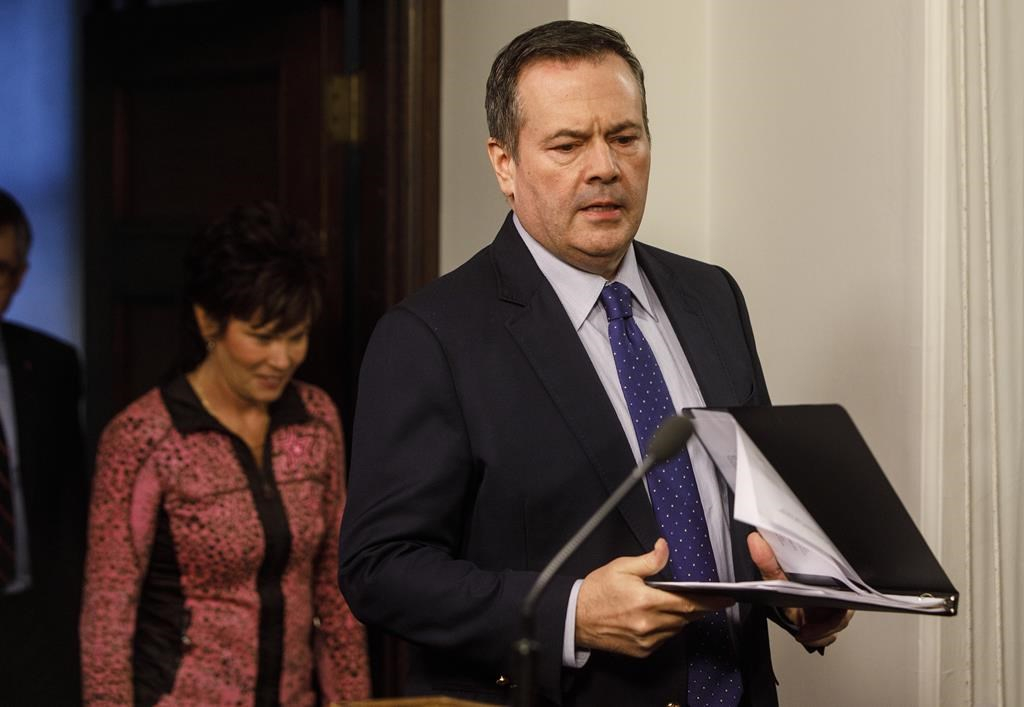 “Attacks are not going to persuade anybody,” Lori Williams, a political scientist at Mount Royal University, said in an interview Thursday.

U.S. President Joe Biden, on his first day in office Wednesday, fulfilled a long-standing campaign promise to cancel the permit for the Keystone XL pipeline expansion.

The line would have taken more oil from Alberta through the United States to refineries and ports to help alleviate the current price discount on the province's landlocked oil.

Biden had promised to cancel former president Donald Trump's permit for the line on the grounds that product from Alberta’s oilsands does not mesh with broader goals to battle climate change.

Kenney called the decision an insult to Alberta and urged Prime Minister Justin Trudeau to deliver a breakthrough in talks or, if that fails, impose trade sanctions on the U.S.

Kenney’s comments also lauded Canada’s environmental record. Williams said those are valid arguments that Kenney needs to make a priority, married to policy initiatives as necessary, rather than throw them in as add-on talking points.

She suggested Kenney needs to pick a lane on the environment. Right now, she noted, he is promoting the federal climate plan as justification for Keystone while simultaneously challenging in court the plan’s consumer carbon tax.

Political scientist Jared Wesley said Kenney’s stance seems to be more about political damage control for a doomed project his government contributed $1.5 billion to last spring even though, at the time, it was a risky proposition.

“Kenney’s not the first premier to have one gear when it comes to intergovernmental relations,” said Wesley with the University of Alberta.

“The fight-back approach seems to be in (Kenney’s) political DNA. He doesn’t like being questioned and when his plans don’t turn out, the default position is to blame someone else.”

Kenney’s challenge is that bridge-building premiers run the risk of being perceived as weak, Wesley said, so Kenney may feel he needs to be bellicose and hard line given his popularity is being challenged on the far right.

Kenney beat the NDP in the 2019 election in part by promising to challenge what he said are shadowy global foes and environmentalists who seek to undermine Alberta’s oil industry. He set up a $30-million-a-year “war room” and struck a public inquiry into foreign funding of oil opponents. Both endeavours have been undermined by self-generated mistakes and controversies.

Kenney has blamed many of the province’s economic and oil woes on the Trudeau government's policies. Yet the Liberal government in 2018 stepped in to buy the one pipeline that is proceeding – the Trans Mountain expansion from Alberta to the B.C. coast.

Wesley said Kenney blaming Trudeau has almost become a cliché and one that will hurt Alberta.

“The move (to blame Trudeau) has become so predictable that it’s laughable,” he said. “That’s not just among his opponents here in Alberta, but among people he’s supposed to be persuading nationally and internationally.”

“This is really setting the stage for the old playbook of 'let’s blame Trudeau' … and I’m not sure it’s going to work this time," Bratt said.

“We’re seeing the collapse of the fight-back strategy in so many different realms. Not only has it not worked, it has cost Alberta taxpayers billions of dollars and a real hit to our reputation.”

"Kenney lauds Canada's environmental record?" What record would that be? The gospel according to Justin - Canada's Chief OilBaron or FreeMarketeer? www.PlanetInPeril.ca