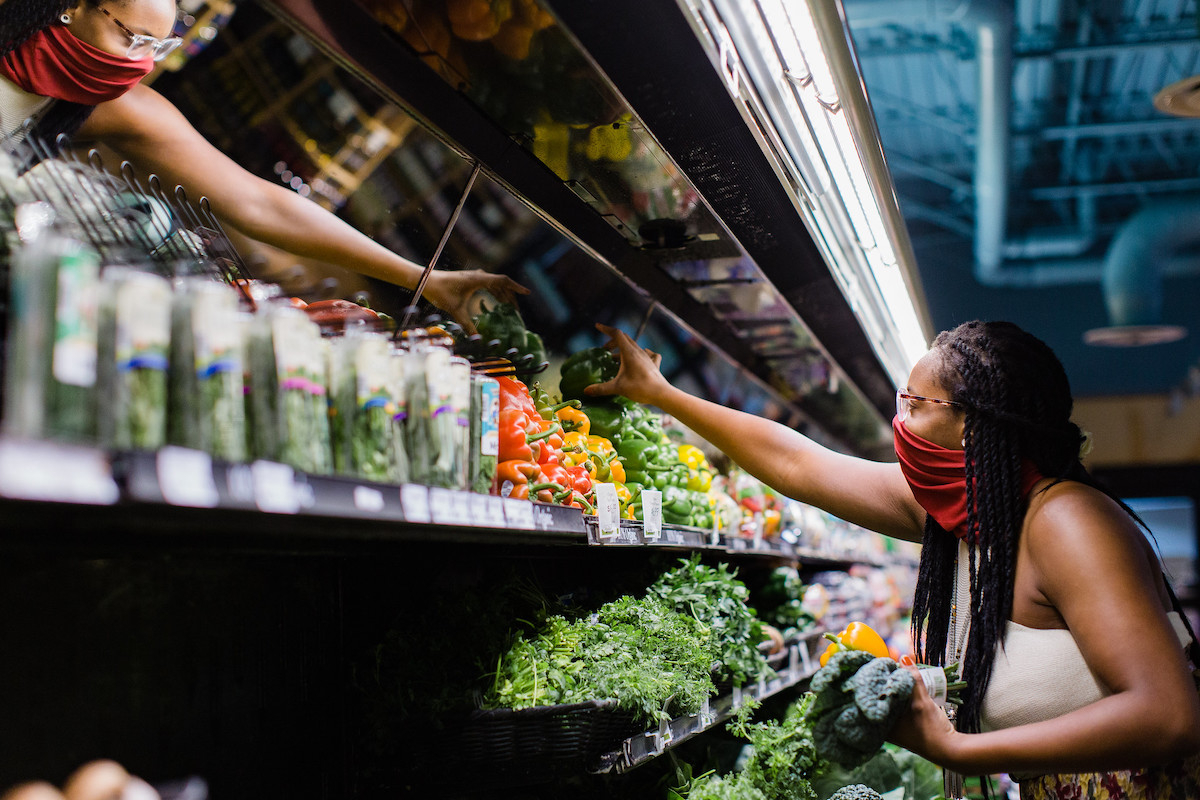 U.S. President Joe Biden has called on grocery store executives to compensate employees for the risks they've taken. So far, the Canadian federal government has not. Photo by CityofStPete / Flickr (CC BY-ND 2.0)
Previous story
Next story

The new Biden administration is pushing U.S. grocers to once again offer their employees pandemic pay — an effort Canadian labour advocates say is needed from governments in Canada as well.

The move comes as part of the new U.S. president’s $1.9-trillion COVID-19 recovery plan calling on the CEOs of grocery and retail to implement “generous” and retroactive hazard pay to compensate workers for the risks they’ve taken since the pandemic started.

Grocers in both countries offered a pay bump when the pandemic hit last March as employees scrambled to keep shelves stocked amidst widespread panic-buying. By late spring, however, those bonuses were phased out and haven’t been reinstated despite surging COVID-19 numbers across both countries.

“Biden gets it,” said Parm Kahlon, managing director for local 1518 of the United Food and Commercial Workers’ Union. “He actually cares about working people — whereas our federal government has said a lot but not acted on it.”

Grocery store wages are often far below the cost of living, particularly in major cities like Vancouver and Toronto, she said. For many of their members, pandemic pay made it possible — barely — to make ends meet. That’s cause for concern, especially as an increasing number of Canadians struggle with income-related challenges like food security.

In June, Statistics Canada estimated that about 5.1 million Canadians were food insecure — a four percent increase compared to 2018, and experts expect that number to increase as the pandemic drags on.

Wages are the main source of income for about 65 per cent of food-insecure Canadians. Low-wage jobs and precarious work situations — including part-time or temporary front-line grocery store positions — are to blame, according to research by PROOF, an interdisciplinary research team investigating policy solutions to food insecurity.

Early that month, the federal standing committee on industry met with executives from Canada’s three largest grocers — Loblaws, Metro and Empire Company — after they ended the pandemic pay bump within a few days of each other. Executives from other grocery chains operating in Canada, including U.S. giants Walmart and Amazon, were not called to testify despite also ending pandemic pay for their employees.

Loblaws owns several brands, including Shoppers Drug Mart, Superstore and No Frills, while Metro brands include Jean Coutu and Metro supermarkets. Empire owns Sobeys, Safeway and other brands. Together, the three companies control about 63 per cent of Canada’s grocery stores.

“Biden gets it,” said the managing director of one food workers' union. “He actually cares about working people — whereas our federal government has said a lot but not acted on it.” #cdnpoli #pandemicpay

MPs on the committee grilled company executives on their decision to end the pandemic bonus, pressing them about why profits made as Canadians flocked to their stores weren’t being passed on to front-line employees. The executives responded by saying those profits had been spent on pandemic-related safety upgrades and that the pay bump was always meant to be temporary.

Since the summer, however, the federal government has been quiet on the issue, even as the country entered the thick of the pandemic’s second wave.

In an emailed statement, Katherine Cuplinskas, press secretary for Finance Minister and Deputy Prime Minister Chrystia Freeland pointed to $3 billion the federal government made available in May 2020, which is being administered by the provinces and territories, to top up the wages of essential workers. She also noted the federal government has implemented several pandemic-related financial supports, including a 75 per cent wage subsidy and modifications to the employment insurance system. Agriculture and Agri-Food Canada, the ministry most directly involved in Canada food supply chains, echoed in an emailed response.

That doesn’t surprise Carmen Allevato, a Vancouver-based employment lawyer. Wages and working conditions fall under provincial jurisdiction, and so far, no province or territory has forced employers to pay front-line employees pandemic pay. But that doesn’t mean the federal government’s hands are tied, she said.

“The federal government can do it by just saying to the province: ‘I’m giving you a bunch of money, and this is how you’re going to spend it,’” she said.

It didn't. When the Trudeau government announced the $3-billion wage top-up program in May, it left the funding allocation and determining eligibility criteria entirely up to the provinces and territories. For example, B.C. only provided a pay bump to certain health care, social services and corrections workers employed at provincially funded workplaces between March and July 2020.

Allevato said that isn’t enough. She would like to see mandated paid sick leave, a right to recall for laid-off workers in all sectors and wage top-ups — ideally increases — for essential workers, including those keeping Canada’s food supply chain running.

“The people who are (stocking) the grocery shelves are at the tail. But there’s a whole host of people behind them who are working to deliver (food) for the rest of society,” she said.

“It is really tragic that they’re going to work, and exposing themselves and their families every day, and we’re not recognizing that.”