Lynn Beyak has retired, but residential school denial remains a barrier to reconciliation 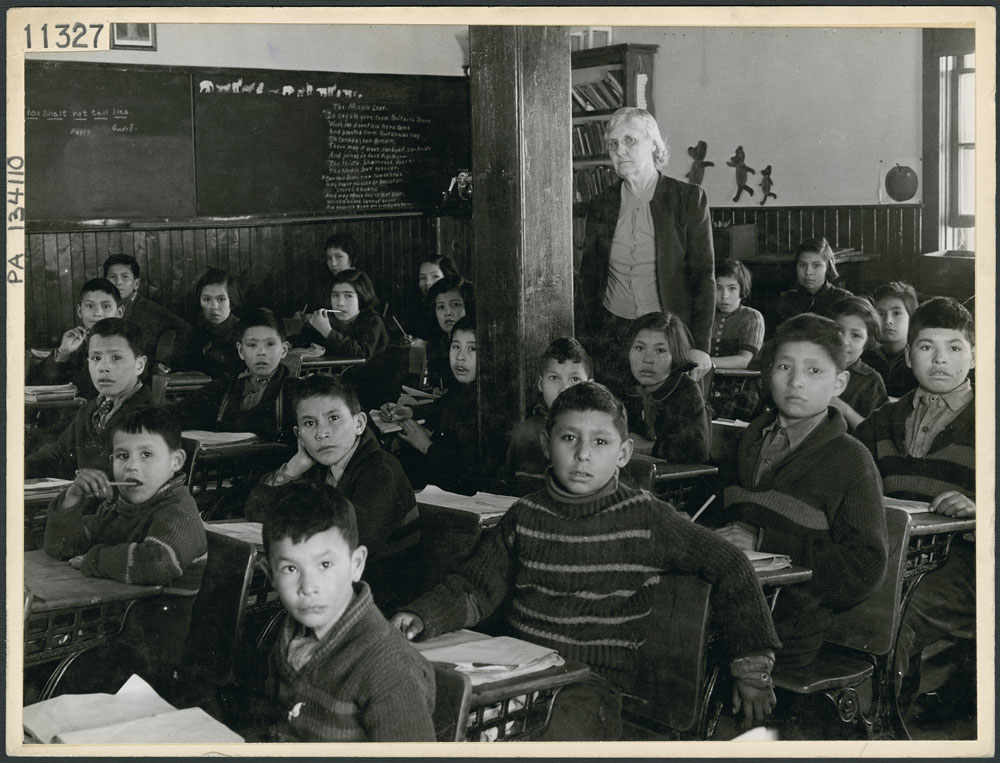 On Monday, Sen. Lynn Beyak announced her retirement from Canada’s Red Chamber. The timing of the announcement was not surprising since the Senate was preparing to vote to expel the contentious senator in February.

Beyak has been mired in controversy ever since she delivered a speech in the Senate in 2017 defending Canada’s Indian residential school system as being “well-intentioned.” The senator has remained obstinate, insisting Canadians focus on the “good” rather than dwell on the “bad” of residential schooling. Beyak’s efforts to put a positive spin on a system of cultural genocide have been widely criticized, but in defending her position, she has made residential school denialism a cause célèbre in Canada.

For many Canadians, Beyak’s retirement is welcome news. She no longer has a platform to propagate misinformation. However, the residential school denialism Beyak popularized remains a significant barrier to meaningful reconciliation, as Truth and Reconciliation Commission chair Murray Sinclair recently pointed out. Canadians must learn what residential school denialism is and how it works in order to stop it from spreading and undermining reconciliation efforts.

Residential school denialism is not a new phenomenon. Denying the destructive effects of Indian residential schools has a long history in Canada. For much of the system’s operation (1883-1996), church and state officials defended residential schooling, in various ways, as a benevolent, humanitarian project designed to save and uplift Indigenous communities through education.

Even when faced with clear evidence of the inadequate instruction and horrific conditions in many of the schools documented in publicly available government reports, officials mostly clung to the humanitarian narrative, discredited the system’s critics, and chose to emphasize the “positives” of the system.

After the closure of the last residential school in 1996, knowledge of the disastrous intergenerational effects of residential schooling became more widely known. In 2008, former prime minister Stephen Harper (who appointed Beyak to the Senate in 2013) officially apologized to former students on behalf of the Canadian government. Harper admitted that residential schooling sought to “kill the Indian in the child” and was a “sad chapter” in Canada’s history.

The government’s recognition of the harm done to many of the 150,000 Indigenous children who attended residential schools was important to many former students; however, it has since been revealed that Harper’s speechwriter, Paul Bunner, believed residential schooling to be a “bogus genocide story” and that he hoped the apology would bury the issue.

The opposite occurred. The government’s apology pushed the history and ongoing effects of residential schooling — which had mostly been hidden — into the spotlight.

In 2015, the Truth and Reconciliation Commission (TRC) released its final report. The report documented in great detail the damning evidence of how the federal government and various Christian churches administered a genocidal school system for over a century to facilitate assimilation, colonization, and Canadian nation-building.

Most Canadians were shocked by the TRC’s findings, and many individuals and organizations sought to educate themselves about residential schooling in an effort to address the TRC’s 94 Calls to Action and help facilitate reconciliation. Others, however, saw truth and reconciliation as a threat to the status quo and to the power and privilege they derive from it, and so they chose to engage in denialism as a defensive strategy.

Beyak’s comments in 2017, defending residential schooling and trying to undermine public confidence in the TRC’s report, are but one example of this denialism. More recently, a teacher in Abbotsford, B.C., assigned a homework assignment where students were instructed to search for online articles outlining the “positive experiences” of residential schooling.

These examples of denialism all seek to misrepresent residential school history in ways that downplay the system’s devastating effects. We must take these attacks on truth and reconciliation seriously.

When pressed by journalists in 2017 as to whether she had read the TRC’s final report, Beyak infamously responded, “I don’t need any more education.” Denialism thrives on miseducation. While Beyak may be leaving the Senate, residential school denial will continue to be a problem so long as Canadians allow the history of residential schooling and its devastating effects to be misrepresented. We must not allow that to happen. Canadians need to commit to truth and reconciliation.

As I have pointed out to

As I have pointed out to Professor Carleton in a number of e-mailed messages, pointing out that the Indian Residential School (IRS) story is far more complicated than the totally negative picture painted by the TRC's highly-publicized Summary Report is not to deny the many dreadful things that happened in IRS institutions. Bringing forward evidence -- much of it to be found in the TRC's Final Report -- of sacrifice, devotion, kindness and care, not to mention Indigenous lives made happier and more successful, is not a denial of the many testimonies of neglect, cruelty and predation that former students have given us. TRC Commissioner Murray Sinclair has stated publicly that he wants "all the stories" to be told, and those who relate some of the more positive stories are merely attempting to transform the black and white caricature of the IRS system into a more textured -- and more accurate -- landscape painting, one which Canadians will find far more credible. Reconciliation requires trust, and labelling honest attempts to weave some strands of goodness into the fabric of the dark IRS blanket as "denialism" erodes whatever trust Canadians have in Indigenous leaders and activists. I am disappointed that Professor Carleton is taking his intransigent views to a national audience through the National Observer.

The fundamental NATURE of the

The fundamental NATURE of the residential schools was that it took children en masse from their parents against the will of both. When non-state actors do that, we call it kidnapping. A mass kidnapping does not become a "mixed" story just because some of the people involved in the kidnapping have some sympathy for the victims.
The fundamental PURPOSE of the residential schools was to eliminate First Nations culture and political agency, so as to make it easier for the colonists to take everything they wanted from the land.
And the fundamental RATIONALE for why kidnapping generations of children so as to wipe out their culture, the better to take their stuff, was OK was racism. The white man knew better, the white man's culture would be superior anyway, the injuns didn't know what was best for them or how to use those resources, and anyway they were a "dying race" so it didn't matter what happened to them (seriously, calling First Nations a "dying race" was the stuff of mainstream newspaper commentary in Canada back in the day).

Some of the nuns or priests or whoever may have been personally pleasant. No matter how politically and institutionally selfish and cruel a project is, some of the individual humans caught up in it will do their best to make it less horrible. But that does not change the basic point or nature of the exercise, which was not "mixed" in any significant way. Desperately trying to find a few bits of lipstick adhering to the pig is not an act of adding nuance or texture but of attempting to obscure the main picture. I am disappointed in your comment, not in the article.