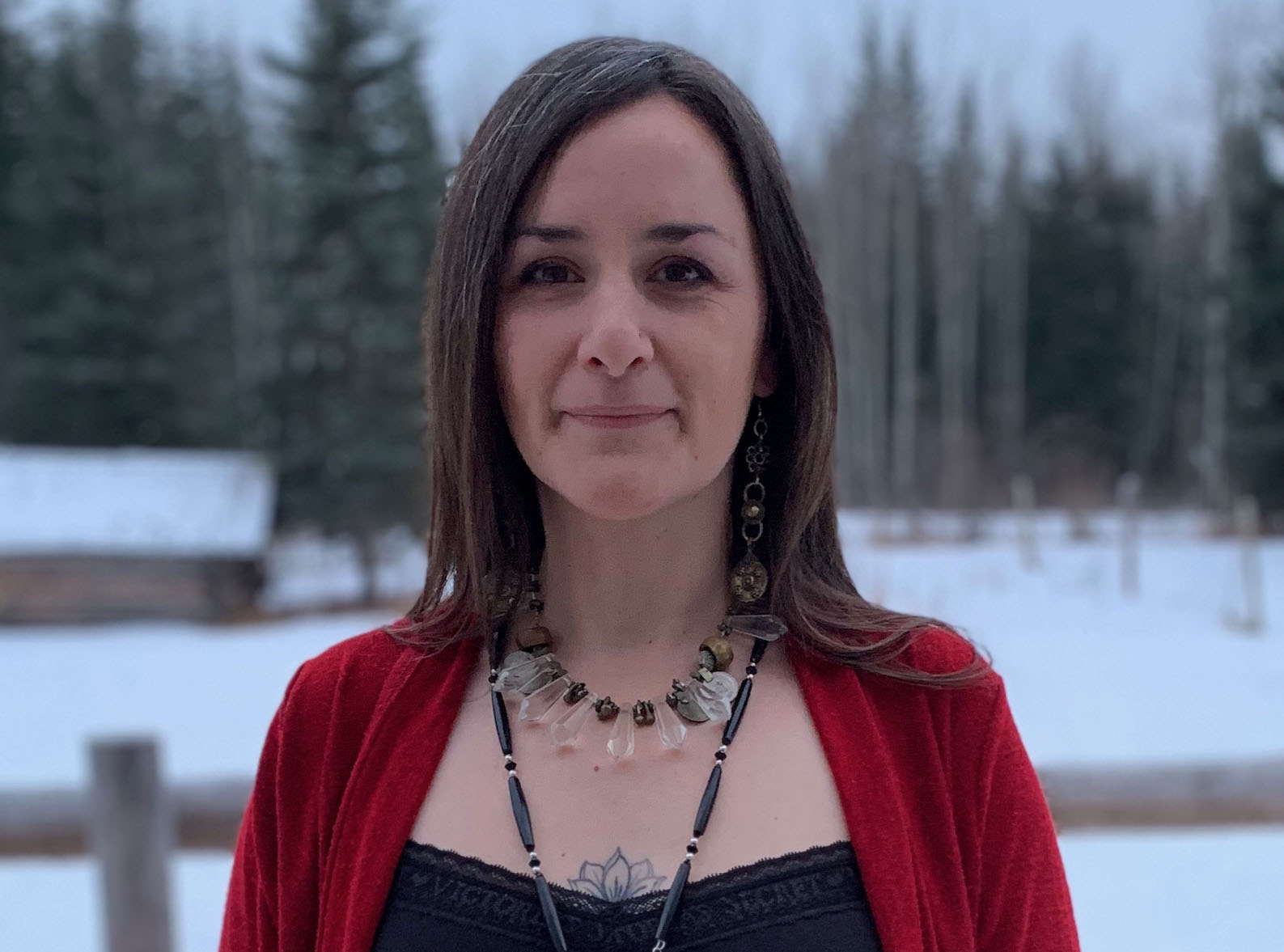 Tiffany Traverse is completely baffled by seeds — to her, their ability to give and grow is nothing short of magic.

Traverse, who is of mixed Secwépemc and Swiss-Italian heritage, grew up stealing carrots and playing with plants on a family farm on her traditional territory in the Columbia Valley. Now, she spends her days thinking, researching and diving into the potential of seeds in the Peace Region of British Columbia and, for the past three years, working with Métis seed keeper Caroline Chartrand on a rare Indigenous seed project.

She’s on the board of SeedChange and is an active seed saver, which is the act of keeping seeds from produce for future use. In the past, it was the way all farms and gardens were maintained, but shifts have made seed buying from commercial suppliers the norm. Traverse wants to challenge that, and started doing so when she moved near Dawson Creek nine years ago, where she works as a wildfire assistant for the BC Wildfire Service and owns Fourth Sister Farm.

“I started playing around with seeds. The native species here, there's so much medicine and food here, things that I actually recognized from back home,” she said. “I just kind of went from there, I started on my journey of trying to research what types of foods we would have eaten — traditional foods of Secwépemc and Swiss.”

Traverse emphasizes the people who have taught her along the way, starting with Mohawk seed keeper Rowen White, who is the founder and creative director of Sierra Seeds. She started taking a mentorship program called Seed Seva through the organization, one that focused on seed stewardship from an Indigenous, permaculture-based approach.

“Further than that, you know, we started really diving into some heavy topics around ethical seed sourcing and the problems with the larger seed corporations that own a lot of seeds and control a lot of the food,” she said. “The food is a control thing, this capitalistic wheel that has been turning since modern agriculture came into play.”

Traverse and other members of the group who wanted to dive deeper into community-based projects went on to start a new cohort. They began meeting at the beginning of the pandemic, which she says made one of the worst points of her life into a chance for healing.

Along with the group, she’s continued working with Chartrand and experiments growing seed varieties originally grown and used by Métis people. Traverse was on her own journey, looking into traditional Secwépemc plants, when she came across Chartrand, who was researching what her ancestors were growing and eating in the 1800s.

“She wanted to find those varieties, so she started doing her own research,” she said. “I think she came up with a list of about 100 different varieties, and when she started looking ... I think there were only maybe three varieties left. The rest just were not commercially available or readily available.”

Chartrand started looking high and low for the missing varieties, which she found by reaching out to Elders in her community, which gave her the ability to start growing them in Manitoba. Now, Chartrand sends Traverse a few seed varieties at a time to grow in B.C. Over phone calls, the two talk about the specifics of how to help the plants thrive. Like a recent round of winter squash, which surprised Traverse with its production.

“I planted out maybe 15 plants, I got so many squash, way more than I could ever eat. Ever. I'm still processing and drying it and so I'll be sharing it with my community, my Indigenous circles of friends and family,” she said. “And then the seeds that came out of them, each squash has anywhere from 50 to 100 seeds in it. It just blows my mind how exponentially giving seeds are, not only with food that you eat, but for potential food for the future.”

Through working with Chartrand, Traverse says she’s been able to see not only the resilience of seeds, but their ability to heal.

“I really do feel like I've been taught: seeds are ancestors. Like these are seeds that people carried with them when they were being forced from land, when they were being killed and taken from their families and taken from their place, and they still carried them and they still grew them,” she said. “I think, for me, there's such a healing in being reunited with those seeds and foods and ancestors, so the potential I see is in great collective healing.”