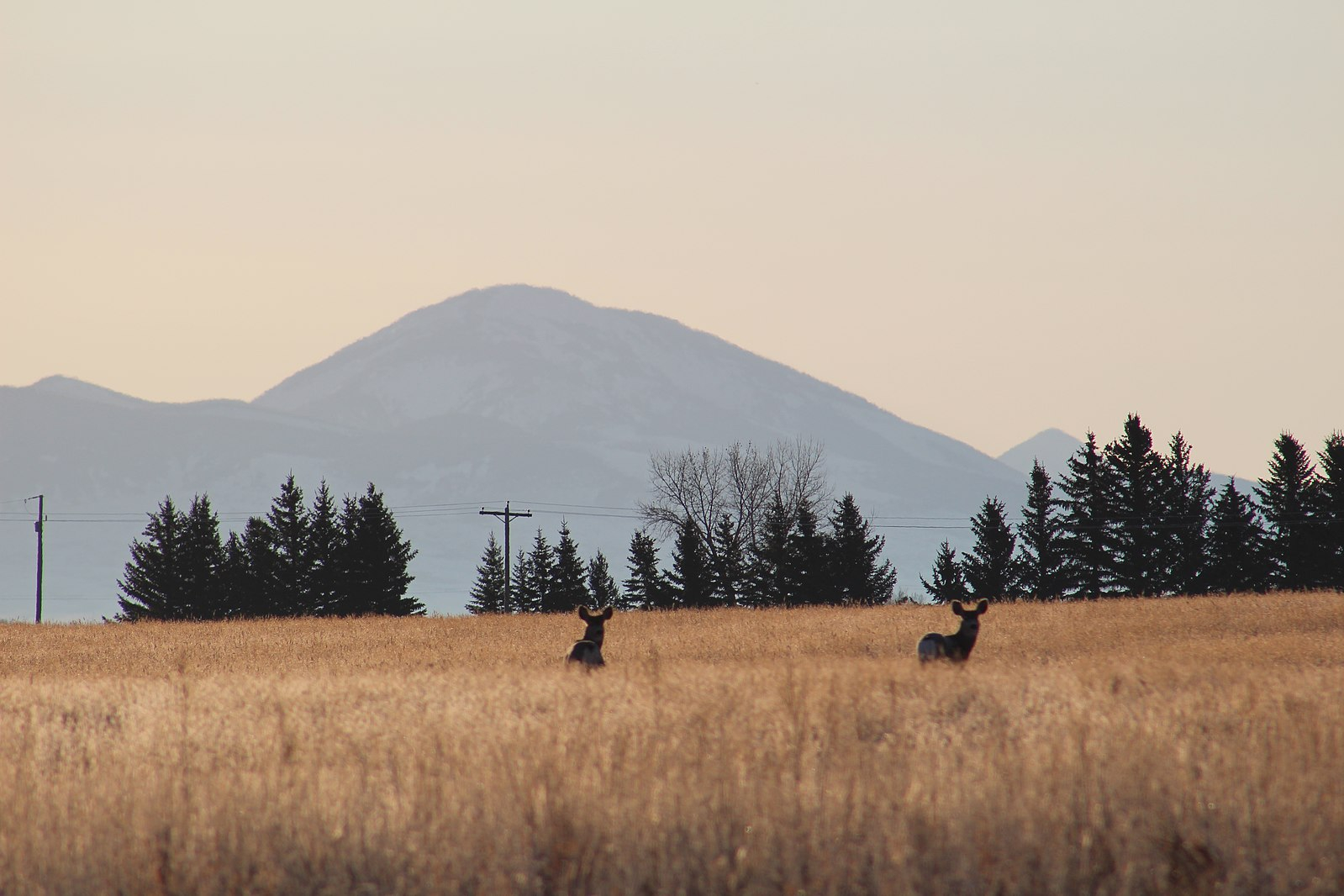 Seed is Canada's third-largest crop and is the basis for about $22 billion worth of Canadian crops. With such high stakes, seed politics can get heated. Photo by Rural Health Commission Action Plan/Wikimedia Commons.
Previous story
Next story

This article is the second part of a series on Canada's seed industry.

Seeds are democratic. For now.

Last month, the Canadian Seed Growers Association, which represents 3,500 Canadian seed growers, voted against a proposed merger with four other seed industry organizations. The decision marked the latest development in a long struggle between efficiency, farmers’ independence — and who governs our food.

“This consolidation was part of the ongoing process of usurping and taking away seed from farmers and putting it in corporate hands,” Terry Boehm, a farmer and Saskatchewan representative for the National Farmers Unions, said.

Seeds are Canada’s third-largest crop, worth about $2.6 billion, with about 485 million acres under production across the country and formed the basis for almost $22 billion worth of Canadian crops, primarily wheat, barley, soy, and corn.

The industry employs about 63,600 people — everyone from independent seed farmers to plant breeders and researchers to intellectual property lawyers and consultants — represented through five non-profit organizations, including the Canadian Seed Growers Association, that manages the industry in concert with the federal government.

“The idea of bringing the CSTA (Canadian Seed Trade Association) and the other organizations together was to be able to put all that under one roof,” Jonathan Nyborg, a N.B.-based seed farmer and former president of the Canadian Seed Growers Association, said.

That, Boehm said, is the problem.

“The majority of seed growers, in this vote, concluded that no, their interests aren’t the same as the interests of the big players in the seed, chemical, and pharmaceutical industries,” he explained, noting that the agri-tech corporations developing seed varieties played a key role in advocating for the merger.

“#Farmers are the ultimate stakeholders when it comes to #foodsystems,” Aabir Dey said. “To exclude them from all of the essential production processes of #agriculture just doesn't make sense" @[email protected]@SeedInnovation

These companies have also been advocating for changes to seed royalty regulations that would limit farmers’ abilities to save and sell seed, and potentially make them more expensive — a major blow for farmers who already face skyrocketing debt, Boehm explained.

Still, the debate is far from simple. And its roots go back more than 100 years.

Canada’s seed system grew out of farmers’ complaints in the early 1900s that they were being sold low-quality and inconsistent seed, adding a layer of uncertainty to their production cycle that could threaten their financial viability.

In 1905, in response to these complaints, Parliament passed the Seed Control Act, which limited how many weeds could be found in commercial grass and legume seeds intended for pasture and haying.

By 1923, the legislation had evolved to regulate cereals, vegetables, and root crops and established a variety registration system that ensured the genetic purity of registered seeds grown in Canada. This protected farmers from unscrupulous seed sellers and separated seed breeders and sellers from direct regulatory power.

There are currently 52 registered — and 70 pedigreed — crops in Canada, primarily consisting of grains, legumes, and forage crops.

Seed that is from both a registered and pedigreed variety needs to meet both standards before it can be sold under the variety name and is monitored for purity from the seed farmers’ field until the final sale. Members of the Canadian Seed Growers Association only grow pedigreed seed.

This oversight process is managed in partnership by the Canadian Food Inspection Agency and the Canadian Seed Growers Association, which relies on a network of private seed inspectors, graders, and testers who are accredited by the relevant seed industry associations.

For instance, the Canadian Seed Institute accredits and monitors private and public seed laboratories and graders for the Canadian Seed Growers Association and the Canadian Food Inspection Agency, but doesn’t have regulatory powers over registered and pedigreed seed production.

That would have changed had the proposed amalgamation been successful.

“The proposed … structure would give the seed corporations on its board legal authority over delivery and enforcement of (pedigreed and registered seed rules) and other seed-related regulations,” Cathy Holtslander, the National Farmers Union director of research and policy, wrote in a July policy brief about the amalgamation.

The merger would have also raised the prominence of companies that profit at any part of the seed system, such as “Bayer, Cargill, BASF, Limagrain, Syngenta, Pioneer, and Corteva,” while sidelining seed growers in the advocacy and regulatory process, she wrote.

Still, not everyone agrees that would be the case.

“Seeds Canada would also be a member-driven organization, with members having the opportunity for democratic participation and the ability to vote for diverse representation in the organization’s leadership,” the Canadian Seed Trade Association said in an emailed statement.

It would be the latest development in increasing the large role played by private interests across the seed system.

“A generation ago, public breeding was the dominant innovation model … and fees for publicly delivered regulatory services were low,” a 2018 white paper by the merger’s proponents notes. Over the past 40 years, governments have scaled back their role in seed development and have been replaced by private sector investments.

It’s possible to see the scale of this change in the past 10 years alone: In 2017, private companies invested about $171 million in plant breeding, research, and variety development — a 56 per cent increase from 2012. These investments are expected to reach $179 million in 2022.

It's a system some think is due for an update.

“We believe the current seed system has served Canadians well, but it is outdated. That is why the government is launching seed regulatory modernization when everyone involved, and the public, will have the opportunity to provide input into the modernization of the seed system,” the Canadian Seed Trade Association wrote.

“The corporate sector has been lobbying for a long time trying to convince farmers that our seed system is broken and that the only way we’re going to get the varieties we need is if private industry develops those varieties,” Boehm, the Saskatchewan representative for the National Farmers Union, said.

“But private industry wants all kinds of things before they develop varieties — mostly guaranteed massive profits.”

The search for those profits has put significant strain on Canadian farmers over the past several decades.

Costs of production have increased exponentially since the 1980s — largely because of higher seed, fertilizer, pesticide, and fuel costs — and farmers’ gross incomes haven’t kept pace, leading to skyrocketing farm debt and consolidation in the industry.

It’s a trend mirrored in the seed industry: The average acreage of seed farms more than doubled between 1978 and 2012. Meanwhile, the total number of farms dropped by about 30 per cent between 1982 and 2012.

The proposed merger, Boehm said, would accelerate this process and reduce the influence independent seed growers could have on agricultural policies.

“There needs to be a system for farmers to express their say in an equal way,” said Aabir Dey, director for the Bauta Family Initiative on Canadian Seed Security.

Dey works with farmers to develops seeds well-adapted to regenerative agriculture — a key tool in the arsenal against climate change and something that doesn't interest industrial agriculture.

According to a 2020 report by the National Farmers Union, moving towards more ecological and regenerative agricultural practices could reduce greenhouse gas emissions from Canadian farms by up to 50 per cent by 2050. It could also, the report notes, help sustain independent farmers and increase the number of farmers — key players in the creation of a more resilient food system.

“Farmers are the ultimate stakeholders when it comes to food systems,” Dey said.

“They assume virtually all the risk when it comes to putting food on our table. They do the majority of the work. They’re the most impacted by all kinds of decisions related to agriculture. To exclude them from all of the essential production processes of agriculture just doesn’t make sense.”

I believe the second em-dash should not be there: it is the "other types" of farming (other than industrial ag with its high inputs and consequent high corporate profitability) that are essential for climate resilience.