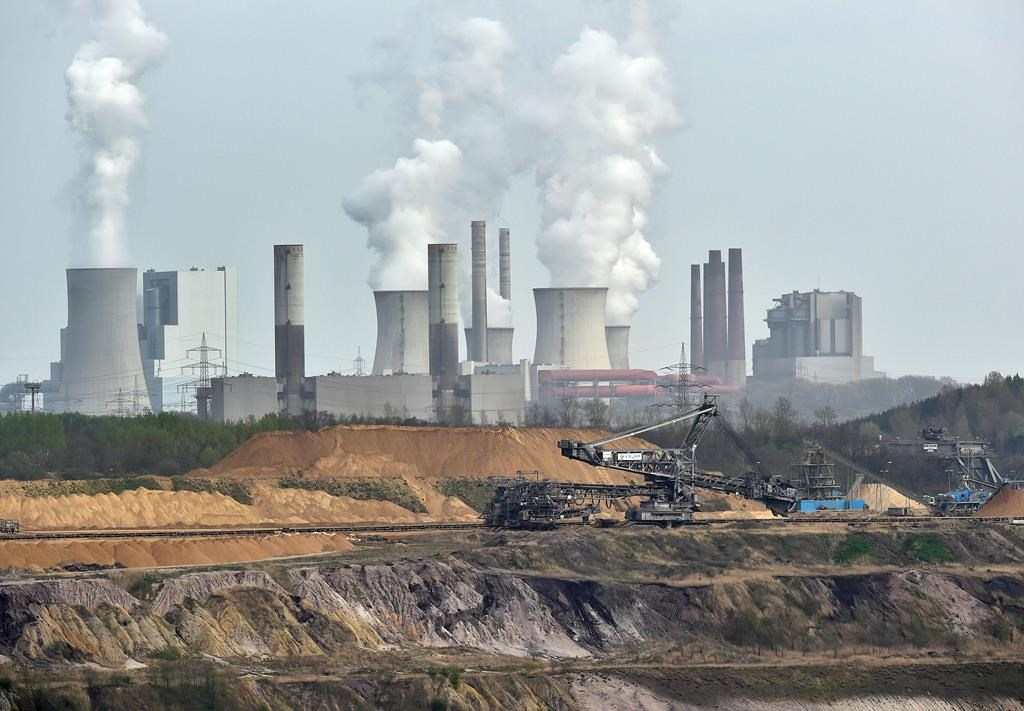 In this April 3, 2014 file photo giant machines dig for brown coal at the open-cast mining Garzweiler in front of a smoking power plant near the city of Grevenbroich in western Germany. File photo by The Associated Press/Martin Meissner, File
Previous story

Peter Altmaier said figures show Germany's emissions of planet-heating gases were 42 per cent lower in 2020 than three decades ago, confounding warnings that the country couldn't meet its goal.

While the coronavirus pandemic helped reduce emissions, Altmaier said the target would likely have been achieved anyway even without the drop in economic activity because of the lockdown.

Separately, the German government agreed Wednesday to increase the share of renewable fuels in the transport sector to 28 per cent over the next decade — double the target set by the European Union as a whole. Greenhouse gas emissions in Germany's transport sector have hardly declined since 1990 as more and cars cars hit the road, outweighing the effect of more efficient engines.

The government's plan, which needs to be approved by parliament, includes incentives for the use of electric cars, hydrogen and biofuels made from renewable sources.

Airlines will be required to use at least two per cent synthetic kerosene by 2030.