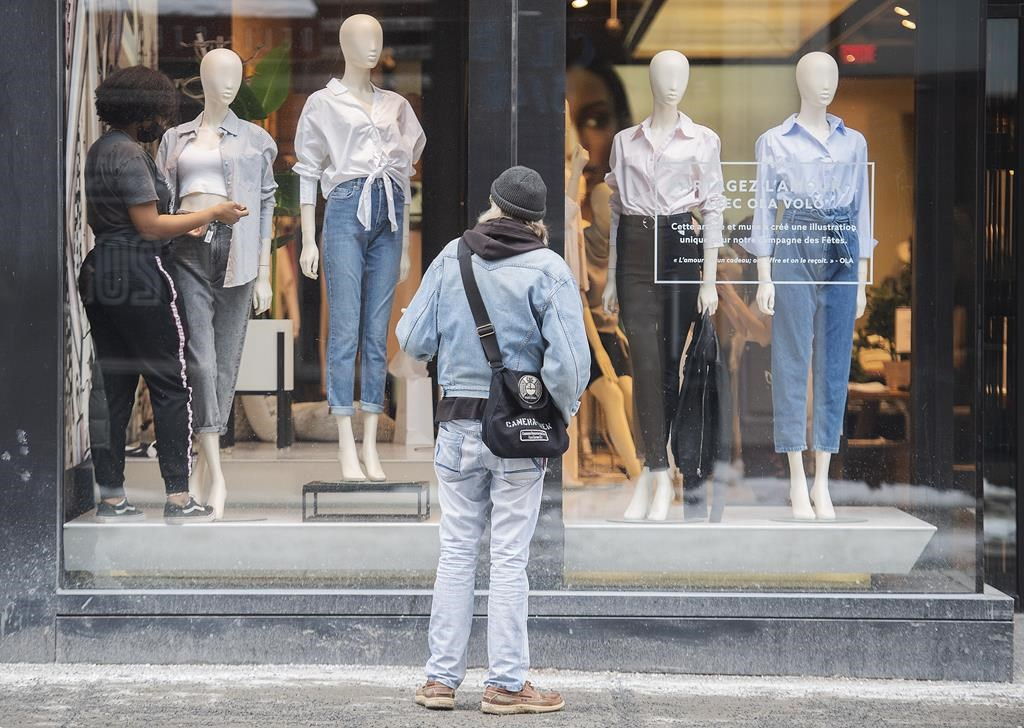 A woman dresses mannequins in a storefront window in Montreal, on Sunday, February 7, 2021, as the COVID-19 pandemic continues in Canada and around the world. File photo by The Canadian Press/Graham Hughes
Previous story
Next story

Canada hit more unwanted firsts in its battle against the COVID-19 pandemic on Sunday, as Quebec became the first province to surpass 10,000 deaths and Toronto reported Ontario's first case of a variant first identified in Brazil.

The news came on the eve of several provinces easing restrictions, putting a damper on the cautious optimism brought on by a recent decline in new cases and hospitalizations.

Quebec became the first Canadian province to hit a five-figure death toll as it reported 32 new fatalities for a total of 10,031.

The number comes exactly one week after Canada reported its 20,000th death linked to the pandemic, and a day after the national COVID-19 case count surpassed 800,000.

While the number of deaths has continued to climb, Canada's chief public health officer has said daily cases and severe outcomes are continuing to decline -- leading some provinces to ease public health restrictions starting Monday.

That positive news was tempered somewhat on Sunday as Toronto Public Health reported it had discovered two more cases involving COVID-19 variants -- including Ontario's first case of a strain first identified in Brazil.

The agency said the variant was discovered in a person in hospital who had recently returned from that country.

Authorities also discovered a case involving the variant originating in South Africa in a person who had not travelled to the country, or had contact with anyone who had.

"Scientists and medical professionals are concerned that these variants are more transmissible than the original coronavirus," Toronto Public Health said in a statement.

"The U.S. Centers for Disease Control and Prevention (CDC) has indicated that research is ongoing to determine more about these variants to better understand how easily they might be transmitted and the effectiveness of currently authorized vaccines against them."

The news came as several provinces prepare to ease restrictions on Monday amid an overall improvement in the number of new cases and hospitalizations.

Quebec, which counted 1,081 new cases on Sunday, will allow non-essential stores, personal care salons and museums to reopen across the province on Monday, following a steady drop in COVID-19 infections and hospitalizations.

Six of the province's less-populated regions will move to the lower orange-alert level, allowing residents to eat inside restaurants, work out at gyms and stay out until 9:30 p.m., instead of 8 p.m. like the rest of the province.

Premier Doug Ford is also expected to announce more details of a plan to re-open businesses, according to a senior government source.

Alberta will allow the resumption of some school and team sports for children and teens on Monday, when it will also allow in-person dining to resume.

Alberta added 351 cases to its tally on Sunday, along with four more deaths.

Even as some restrictions are set to ease, Canada's chief public health officer urged Canadians to keep avoiding gatherings, including for Sunday's NFL Super Bowl.

Dr. Theresa Tam urged Canadians to hold virtual parties to mark the event, and to restrict in-person gatherings to people they live with.

"No matter who you’re rooting for in this year’s #SuperBowl, don’t let #COVID19 win," Tam wrote in a tweet. "We need to maintain a strong defensive front."

No matter who you’re rooting for in this year’s #SuperBowl, don’t let #COVID19 win. We need to maintain a strong defensive front with #WashMaskSpace, #PhysicalDistancing, #AVOID3Cs while keeping up our team spirit #VirtuallyTogether pic.twitter.com/A21WpZVAa6

That message was echoed by Nova Scotia Premier Stephen McNeil, who cautioned people to keep game-watching gatherings small even as the province reported just one new case of COVID-19.

This report by The Canadian Press was first published Feb. 7, 2021

By The Canadian Press | News | February 7th 2021
Coronavirus in Canada