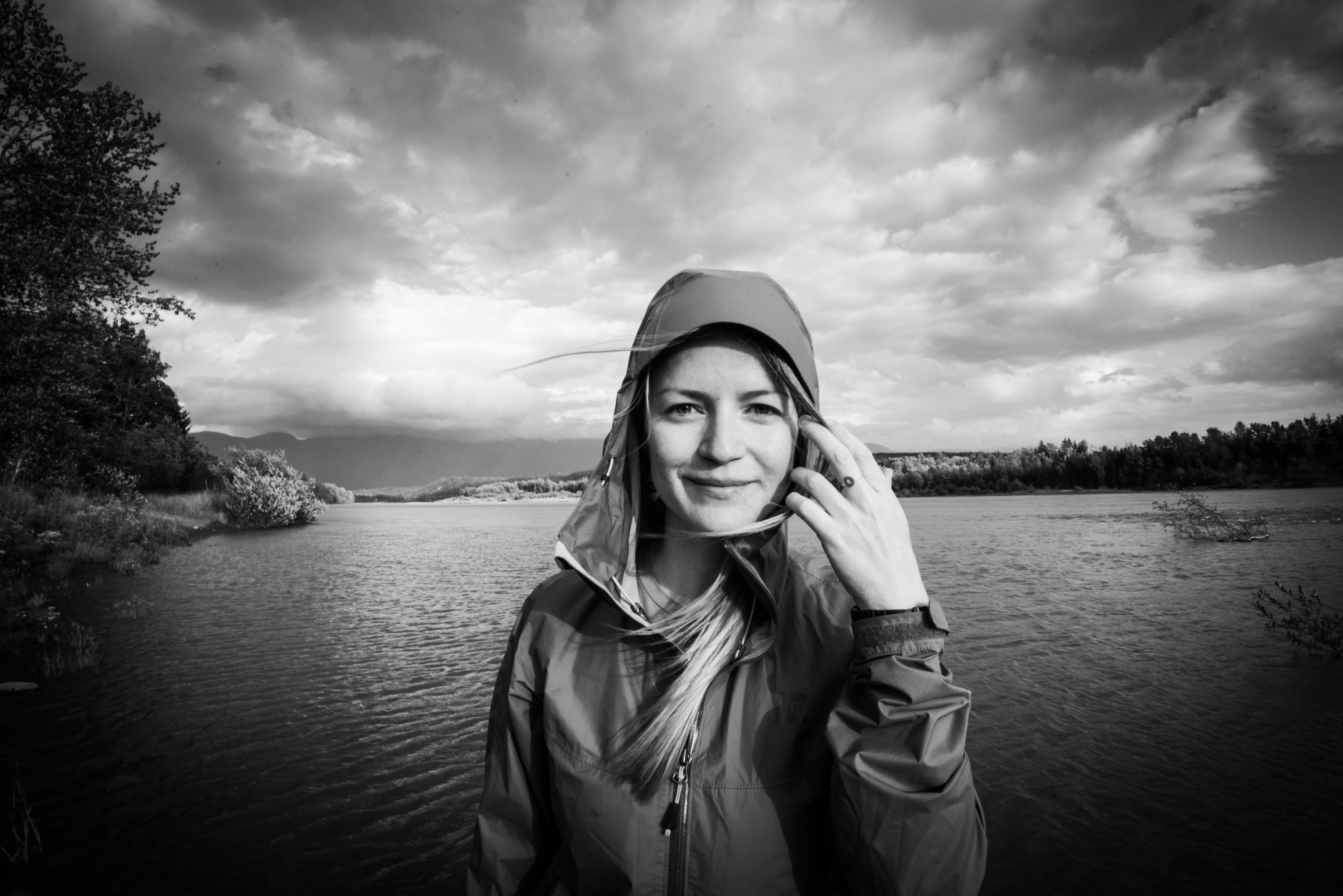 B.C.'s salmon are in rough shape, but Andrea Reid says there is still hope for them — and us — if we stop seeing the fish as a commodity. Photo by Talon Gillis
Previous story
Next story

Like most salmon scientists, Andrea Reid spends months each year searching for the iconic fish in salty estuaries and along the silty riverbanks of B.C.’s glacial torrents.

Yet to truly understand the salmon, the Nisga’a fisheries scientist, professor at the University of British Columbia and National Geographic explorer sits down at kitchen tables with elders and fish harvesters. They know the fish intimately, she says, and their words offer insights into the fish’s demise — and offer her hope they will recover.

“In all my work, I really position myself as a learner alongside everyone else,” she said. “We’re trying to learn from the salmon, the water and what they’re trying to tell us, so we can secure a better future for them.”

The approach puts Reid at the heart of growing concerns about declining salmon populations and moving science beyond its colonial roots.

Salmon runs have crashed across B.C. in recent years, with climate change, habitat loss and decades of overfishing fuelling their decline. Last year, the Fraser River’s sockeye run saw only 293,000 fish — the lowest number since records began — halting all sockeye fisheries on the river. Dozens of other runs in the province have also struggled recently.

The loss is worrying, and not only for B.C.’s many salmon-dependent ecosystems.

“Many people identify as salmon people and have relationships with the fish that they’re part of who we are, they’re part of identity, and they’re so much more than a commodity,” she said. “They’re treated much more like a relative than a product, and I think that has profound implications for how we interact with salmon.”

It’s a philosophy that historically, fisheries scientists have largely ignored and colonial policies actively tried to suppress. For years, Indigenous fishing and management methods that had worked for generations were banned, she says, and decades of overfishing ensued. That pushed the fish into a vulnerable position made more precarious as the Pacific has warmed, crucial spawning streams have been disturbed and open-pen fish farms have increased the prevalence of diseases in the province’s waters.

Returning to that relational approach — without forgoing the valuable insights offered by western scientific methods — will be key to the fish’s future, Reid says. That goal lies at the heart of her most recent initiative: An Indigenous fisheries research centre at UBC that will support Indigenous communities looking to use western and Indigenous knowledge to better manage, or bring back, their fish.

Her approach to studying B.C. fisheries puts Nisga’a scientist @andreajanereid at the heart of growing concerns about declining #salmon populations and moving science beyond its colonial roots.

The centre builds on Reid’s doctoral work blending western science and Nisga’a knowledge to understand what is driving biodiversity and salmon population declines across B.C. and specifically on the Nass River in Nisga’a territory in northern B.C.

“A big part of how we work is responding to community interest and needs and being a place that communities can come to when they want to have something that they would like to work on,” she explained. “For so long, researchers have played a big role in coming into communities with their own research agendas. We’re hoping to flip that narrative.”

For instance, the First Nations Fisheries Legacy Fund, a coalition of six First Nations on the Lower Fraser River, has already approached the centre to develop biocultural indicators. Modelled off work done in Aotearoa/New Zealand, the project will help the nations bring Coast Salish values and voices into habitat monitoring or fish stock assessment to better reflect their concerns and interests.

Studying salmon and their people wasn’t always a part of Reid’s plan. Originally from P.E.I., a love for the ocean led her to study freshwater ecology as an undergrad — in Uganda. It was there, alongside Ugandan fish harvesters in the reedbeds of Lake Victoria, that she first realized fish and people are inseparable.

“I’m really fascinated by those interconnections with fish and people and place,” she enthused. “Getting to work alongside (the Ugandan fish harvesters) and seeing how they could read the water and read the fish and just understand so much about them that was not apparent to me — it really changed my perspective.”

Her work in Uganda led to more opportunities around the globe: sampling trips in the Solomon Islands, collaborating on studies in Hawaii. Then, a grant application for Indigenous scholars started leading her on a journey to a little-known home: Nisga’a territory in northern B.C.

“For reasons beyond my family’s control … my father didn’t have the privilege to grow up (in his traditional Nisga’a territory). And neither did I,” she explained. The application made her question why she was working closely with fish harvesters in the antipodes who shared many of the same concerns as those in her community. And it marked the start of a path that Reid would follow to complete a PhD and head home to her Nisga’a community.

Along the way, Reid also helped found Riparia, a non-profit that offers young women free outdoor trips on Quebec rivers to instil in them a love of science and fresh water.

Reid’s new Centre for Indigenous Fisheries builds on her doctoral work. Bringing back the salmon will be challenging, she found, but not impossible, particularly if we halt some fisheries and harvesting salmon only in rivers — not at sea — to better target resilient runs. Dealing with climate change and habitat degradation is also essential, she explained.

“We know a lot about our fish

I wish us well in finding the

I wish us well in finding the solutions, but I'm afraid indigenous knowledge is probably only useful in low population situations. Can it really help when the harvesting activities are industrial scale? I think it's more for political and reconciliation purposes, which are important too.