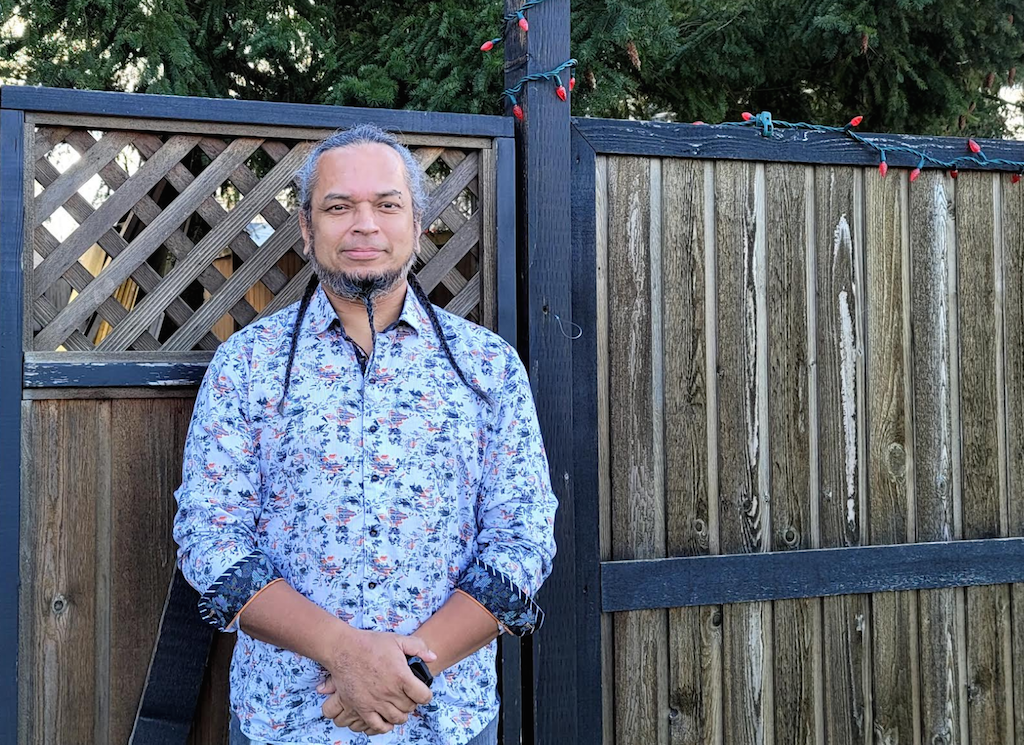 The Wilson’s Group of Companies that runs intercity bus routes across Vancouver Island has suspended service indefinitely due to drops in revenue during the pandemic after previously hoping to resume service this month.

Nick Chowdhury, co-chair of the Strathcona Community Health Network, said a lack of transportation for smaller rural and First Nations communities, especially in the North Island, has been an issue for years.

The ongoing social, economic and health impacts on residents who have no safe, affordable and reliable means of transportation has only been compounded by the pandemic, said Chowdhury, who is also member of the Da'naxda'xw/Awaetlala First Nation.

Despite recommendations not to travel, people without cars still need to travel for essentials such medical care or mental health supports, work, education or even to buy groceries, he noted.

“I can’t imagine some of the situations that people might be in right now waiting for service to resume,” Chowdhury said.

Many people during the pandemic could be choosing to give up or delay access to essential services, or to put their personal safety or health at risk, he said, adding many people in remote communities don’t have the income or access to cell and internet services to do things remotely.

If the need is pressing enough, people have no choice but to opt to travel, he said.

“Whether that’s the risk of getting into a stranger’s car, contacting COVID-19 or finding yourself stranded somewhere between towns after dark waiting for a car to drive by,” Chowdhury said.

“We know that’s not the best answer for a lot of people and has led to many, many stories about why that shouldn't be an option,” he added, referring to the deaths and disappearances of numerous young women, mostly Indigenous, along Route 16 in northern B.C., better known as the Highway of Tears.

“I can’t imagine some of the situations that people might be in right now waiting for service to resume,” Nick Chowdhury, of Strathcona Community Health Network, says of the risks tied to losing intercity bus service on Vancouver Island.

People also worry about becoming a burden on their social networks, he said.

“People wonder how many more times they can ask this friend or that friend for a ride before running out of favours,” he said.

The Tofino Bus and the Vancouver Island Connector's intercity bus routes — slated to resume Feb. 12 after being shut down in December — are now suspended indefinitely due to plummeting revenue during the pandemic, said Samantha Wilson, Wilson’s Group brand manager.

“We were pretty much forced to close down our service again,” said Wilson, adding travel and work restrictions due to the health crisis have reduced overall revenue by 95 per cent.

“We are a private company … so we rely solely on the tickets sold and bums in seats in order to cover our operating costs.”

The coach routes served 29 communities between Victoria, Nanaimo, Campbell River, Port Alberni and Tofino and 21 First Nations communities across Vancouver Island — a number of which don’t have alternative means of transport between cities.

The company has asked for government for one year of assistance to continue to service some of its routes, Wilson said.

“We also believe that we are essential service; we are the only means of ground transportation for many of the communities we serve,” she said. “It's certainly not a decision that we made lightly.”

Even prior to the suspension of other routes on the island, the company successfully applied for permission from the Passenger Transportation Board to stop servicing the 230-kilometre stretch of highway between Campbell River and Port Hardy.

“However, in our proposal into the provincial government for subsidy, we did mention that we would be more than willing to provide transportation along that route left again,” Wilson said, adding the company lost $250,000 on the North Island route in 2019.

The company hasn’t heard from the ministry as yet about its proposal, Wilson said on Friday.

Rob Fleming, B.C. minister of transportation and infrastructure, said in an emailed statement Monday the province is communicating with the coach industry to understand companies’ concerns.

“Health authorities will ensure people can get to essential medical appointments,” Fleming said.

“And so, while we're urging people not to travel except for essential purposes, we recognize the need to help private motor coach companies like Wilson's and others so they can continue be that connection for more remote communities.”

However, the minister did not clarify if or when Wilson’s would be getting financial subsidies to run any routes on Vancouver Island, which have already been stalled for two months.

Nor did the minister explain how people needing to travel by coach service for essential reasons beyond health appointments would do so.

North Island MLA Michele Babchuk said she and other colleagues elsewhere on Vancouver Island have informed the minister of their concerns around the loss of the coach services.

“I think we do still need to acknowledge that there are people that, for whatever reason, essentially need to move up and down the north end of the island,” Babchuk said, adding residents often have to travel to cities to obtain services unavailable in rural communities.

“The bus service is generally a very affordable way for people to get around, so this impacts some of our most vulnerable people,” said Babchuk.

There is a small private bus service running south from Port Hardy, but the service is very limited, she added.

“I have reached out to the ministry and highlighted the importance of the fact that we no longer have this service anywhere on the north end of the island,” Babchuk said.

“It's my understanding that the ministry has taken all that information in and is working on something as we speak.”

A partial fix would be better than nothing

There is also no grocery store in Gold River, so without access to a vehicle, residents in the communities face challenges in getting groceries or attending specialist services in the city, said O’Hara, adding the situation compromises both individual and community health.

“It is not uncommon for us for people to say, ‘I can't go because I can't get out of town,’” she said.

“Some communities have found workarounds, but that only works to a certain extent.”

But a partial fix is better than the alternative, she said.

“A little of something is better than nothing at all,” O’Hara said, adding an affordable, regular, once-a-week bus service would go a long way.

“People will be slow to use at first, but once they realize that it will be there for a while, then they will start organizing their time and their appointments around it.”

The pandemic has highlighted the need to put some permanent intercity travel supports in place for isolated communities with few other options, whether through private companies, the government or a blend of the two options, Chowdhury said.

“We need to ask, ‘What can we do better?” Chowdhury said.

“There are gaps and lack of support services like transportation in areas where it needs to be considered essential.”

By Colin Perkel | News, Politics | May 8th 2020
Coronavirus in Canada

This isn't the kind of thing

This isn't the kind of thing that should be left to markets. There should be a provincially owned and run service that can be relied on; with market-based transportation, you get whole communities falling apart every time there's an economic downturn or some executive decides they want to consolidate.