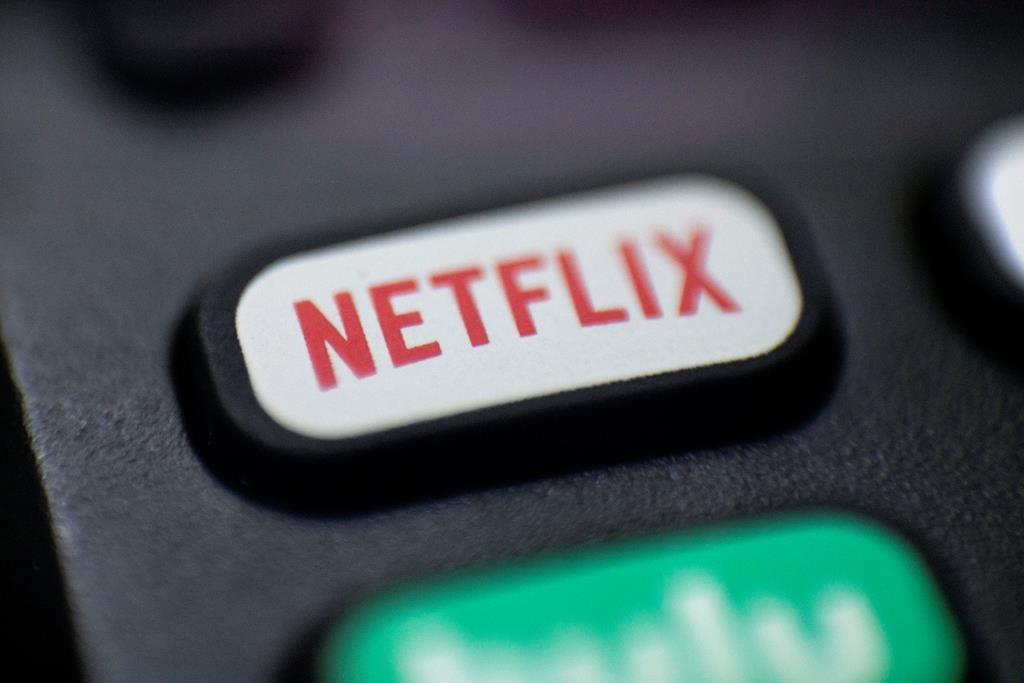 This Aug. 13, 2020 photo shows a logo for Netflix on a remote control in Portland, Ore. Netflix Inc. File photo by The Associated Press/Jenny Kane
Previous story
Next story

A new report from the parliamentary budget officer says the government may be slightly underestimating how much revenue it could receive from taxing online services like Netflix.

As it is, foreign-based online services can sell their goods and services in Canada without charging federal sales taxes, leaving it to individuals to pay the outstanding amounts to the Canada Revenue Agency.

But they rarely do.

The Liberals announced in November's economic statement that they planned to make foreign-based services collect and remit the Goods and Services Tax or Harmonized Sales Tax, depending on the province.

The fall economic statement estimated that the government would reap revenues of over $1.2 billion over five years starting this year.

The parliamentary budget officer estimates the bump in tax revenues could be over $1.3 billion over the same time frame.

The PBO report notes there is some uncertainty in the estimate because it based the figure on annual earnings reports from companies and survey data. The office also assumed all companies will comply with the policy.

The report goes on to say that consumers may change their habits if they start facing higher costs from newly taxed services, and switch to other digital products and services.

The report is one of two put out by budget officer Yves Giroux's office today.

The second report estimates that the federal government will have to pay dairy, poultry and egg producers $786 million in the 2021-2022 fiscal year in compensation for lost income as a result of the new North American free trade deal.

The government vowed in November's spending update to compensate producers in supply-managed sectors who lost market share under the United States-Mexico-Canada Agreement, but didn't attach a dollar figure to the promise.