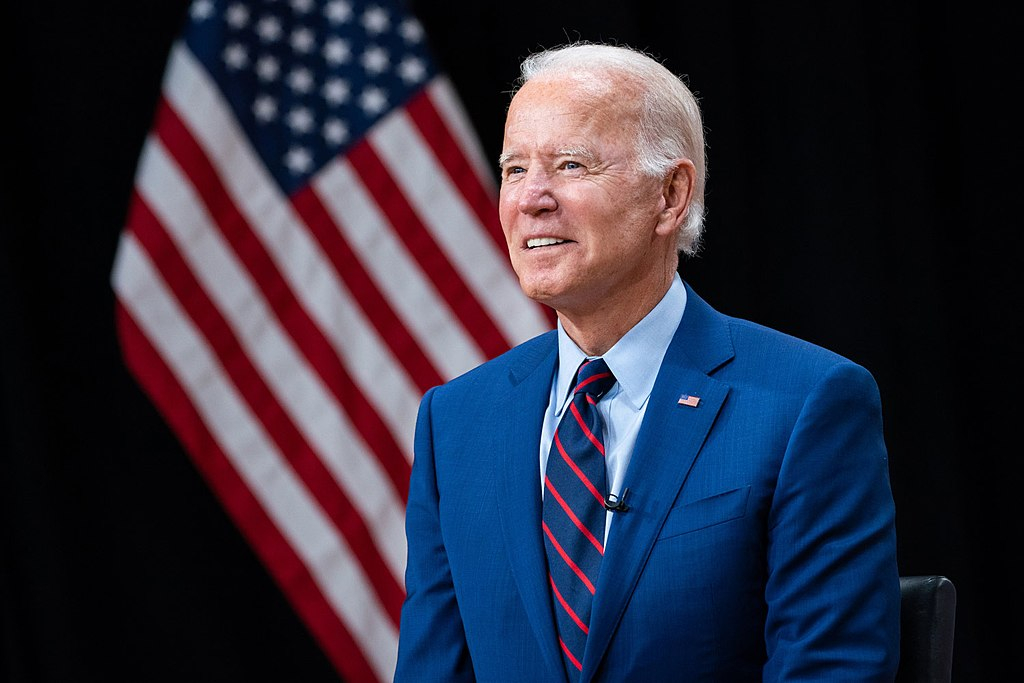 U.S. President Joe Biden moved to rejoin the Paris Agreement on his first day in office. Photo via the White House/Wikimedia Commons
Previous story
Next story

The U.S. has marked its return to the Paris Agreement by urging countries to do more to confront the climate crisis, with America’s climate envoy, John Kerry, warning that international talks this year are the “last, best hope” of avoiding catastrophic global heating.

On Friday, the U.S. officially returned to the Paris climate accord, 107 days after it left at the behest of former president Donald Trump. Joe Biden moved to reverse this on his first day in office and Kerry conceded that the U.S. is returning “with a lot of humility, for the agony of the last four years.”

“This is a significant day, a day that never had to happen,” Kerry said to Al Gore, the former U.S. vice-president, in a conversation filmed on the eve of the re-entry. “It’s so sad that our previous president without any scientific basis or any legitimate economic rationale decided to pull America out. It hurt us and it hurt the world.”

The contrition of the Biden administration is, however, balanced by a desire to resume the mantle of leadership at a time when almost every country is struggling to undertake the swift emissions cuts required to avert disastrous global heating of 1.5 C above the pre-industrial era, as outlined in the Paris deal.

Kerry said that none of the world’s major emitters, including China, India and the EU, are doing enough and that key UN climate talks later this year in Glasgow, Scotland, provide the “last, best hope we have” to get the world on track to avoid runaway climate change.

“The meeting in Glasgow rises in its importance,” said Kerry, a former U.S. secretary of state. “We are at this most critical moment where we have the capacity to define the decade of the 20s which will make or break us to get to net zero carbon in 2050.” Kerry said that countries will have to “define in real terms their roadmap for the next 10 years, the next 30 years. We are talking about a reality we haven’t been able to assemble in these meetings so far.”

Kerry said that coal use needs to be phased out far more quickly, coupled with a rapid escalation of electric vehicles and renewable energy, and that he hoped to “build some new coalitions and approach this in a new way.” The U.S. climate envoy said he had reached out to the pro-fossil fuel leaderships in Brazil and Australia, which have “had some differences with us, we’ve not been able to get on the same page completely.”

“For the last four years there were a lot of times when a lot of us thought the failure of this enterprise may rest on one word: Trump,” Kerry said in an event on Friday to mark the Paris re-entry. “But the international climate regime is still standing.”

While emissions worldwide from factories, airplanes and cars dipped sharply last year due to pandemic-related lockdowns, there are already signs of a roaring comeback that risks blowing past the agreed temperature limits and unleash worsening heatwaves, flooding, storms and societal unrest. The narrowing window of time to avoid climate breakdown means there is only brief cheering over the return of the U.S., the world’s second largest emitter of greenhouse gases.

“It’s good to have the U.S. back in the Paris Agreement, but sadly we have no time to celebrate,” said Laurence Tubiana, France’s climate change ambassador and a key architect of the Paris Agreement. “The climate crisis is deepening and this is the year we need all major polluters to step up and deliver stronger plans to deliver a safe, clean and prosperous future for everyone.”

The U.S. will release a new emissions cut pledge ahead of an April 22 summit convened by Biden with other major emitting countries and Tubiana said this goal should be “at least” a 50 per cent reduction in greenhouse gases by 2030, from 2005 levels. The U.S., under Barack Obama, promised a 26 per cent cut by 2025 and got about halfway to this target before the COVID-19 outbreak.

A coalition of nearly 200 environmental and humanitarian groups have urged the Biden administration to move well beyond the largely symbolic act of rejoining the Paris Agreement by contributing billions of dollars to help defend poorer countries vulnerable to climate impacts and “lead with actions rather than just words.”

“The climate crisis is a race against time, and the U.S. is just reaching the starting line after years of inaction,” said Jean Su, energy justice director at the Center for Biological Diversity. “As the world’s largest historical polluter, the United States must take its fair share of robust climate action on both the domestic and global stage.”