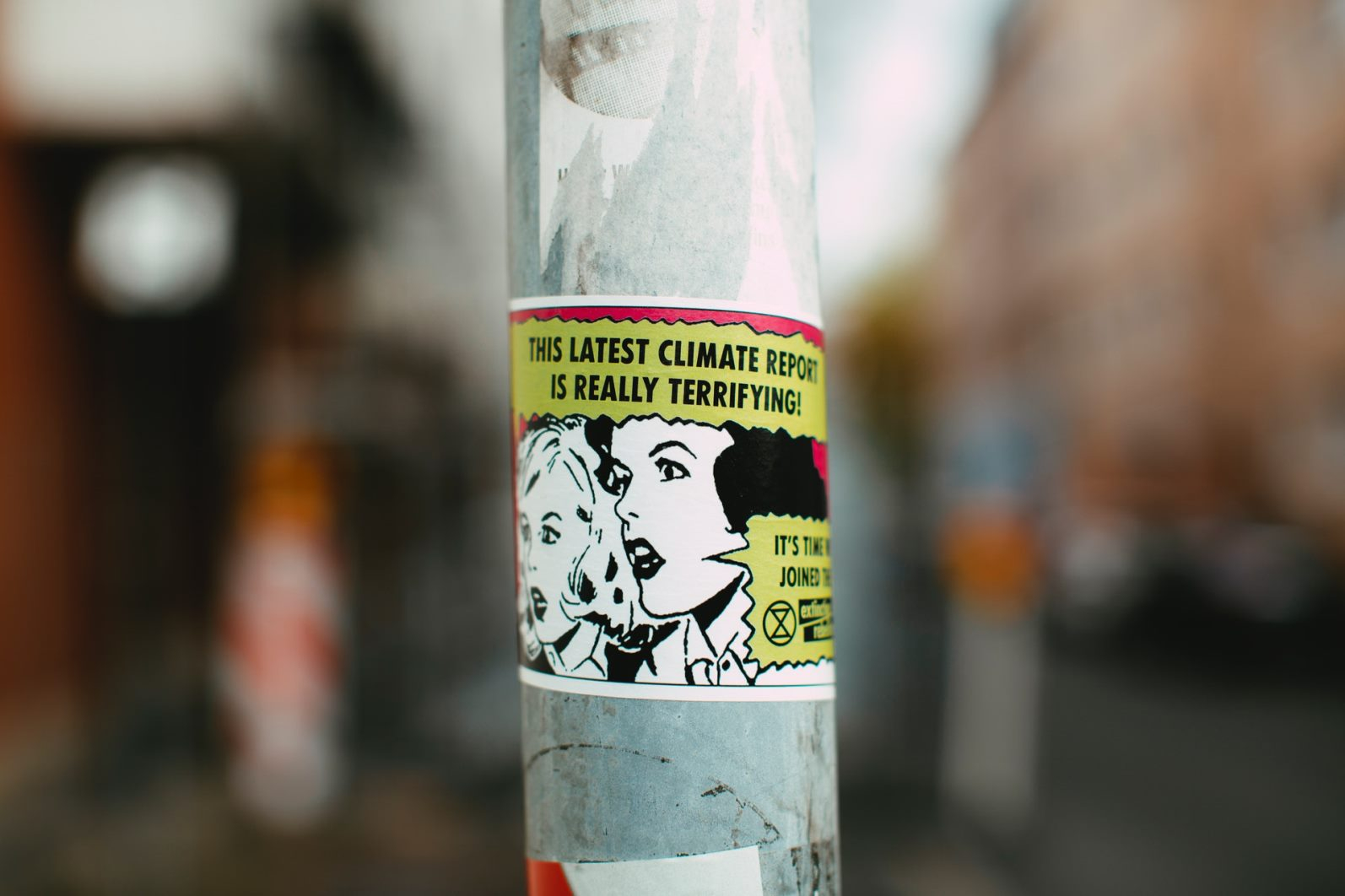 The problem is, reading lots of scary articles might make one person take to the streets in protest, but lead someone else to disengage and shut down. Photo by Markus Spiske / Pexels
Previous story
Next story

Fires blaze across continents, seas submerge cities, deserts swallow up farmland — there’s no shortage of terrifying things about climate change. But does forcing people to confront all these horrible scenes (and worse, the unknowables to come) actually get people to do something about it? It has become a hotly debated issue among those who care about climate change.

Every time a bleak, adrenalin-inducing article goes viral, the so-called “hope versus fear” dispute rages on Twitter. The most recent conversation starter was Elizabeth Weil’s intimate profile in ProPublica of Peter Kalmus, a climate scientist whose death-spiralling dread was taking over his life — his whole family’s life, really.

With the title “The Climate Crisis Is Worse Than You Can Imagine. Here’s What Happens If You Try,” the piece was bound to get attention — and criticism. Why not highlight a more productive way to cope with the climate crisis? people asked. Weil seemed to anticipate this debate, which has remained contentious at least since David Wallace-Wells’ “The Uninhabitable Earth” made a splash in 2017. Near the end of the piece, Weil asks, “How do you describe an intolerable problem in a way that listeners — even you, dear reader — will truly let in?”

It’s a tough question, and experts are split over the right response. “Some people believe that we should emphasize the risks and generate fear and that many people are not scared enough yet,” said Jennifer Marlon, a research scientist at the Yale Program on Climate Change Communication. “And then other people think we really need to just focus on solutions.”

The debate is about more than just rhetoric; it’s about how people should feel about climate change. “When we’re specifically trying to promote action on climate, we know that one of the best ways to do that is to emotionally engage people in it,” Marlon said. The problem is, reading lots of scary articles might make one person take to the streets in protest, but lead someone else to disengage and shut down. There are an infinite variety of ways to respond to and talk about the climate crisis.

Studies have come to wildly different conclusions. One paper will proclaim that “Fear Won’t Do It” for motivating action on climate change; another will say the exact opposite. The research about hope is similarly mixed. Some studies have suggested that optimistic messages could prod people to behave in more climate-friendly ways and increase support for climate policies, but others found that hopeful appeals actually lowered people’s motivation to reduce emissions.

“It’s really cut down the middle,” said Joshua Ettinger, a PhD student studying public support for climate action at the University of Oxford. “You have study after study finding conflicting results.”

Ettinger’s new research, published in the journal Climatic Change, suggests that the whole “hope versus fear” argument might be overblown. For the experiment, 500 Americans were shown different videos meant to evoke either hopeful or fearful reactions to climate change. (One group got a message along the lines of “Humanity can stop climate change and create a better world for all!” The others heard, “Unless we take major action, humanity is doomed.”) While both videos evoked the intended emotions, in the end, neither one altered people’s willingness to change their behaviour or participate in climate activism.

“We’re so caught up in how a single message captures the narrative,” Ettinger said, but “we shouldn’t necessarily assume that a single piece of content is going to dramatically influence people.”

North Americans are not a monolithic mass; they respond to global warming with alarm, concern, caution, denial, and everything in between, sometimes all in the same day. A 2017 article argued against making broad, simplistic assertions about how specific emotions will change people’s response to the climate crisis. Emotions are powerful, but they’re not “simple levers to be pulled,” the authors argued. Still, Marlon said, there are patterns in how people respond.

Some research suggests that while fear can prompt us to spring into action, hope actually gives us something to do. In other words, alarming and optimistic messages could simply be two sides of the same coin.

Margaret Klein Salamon, the founder of The Climate Mobilization, argues that “telling the whole, frightening truth” is a powerful asset for the climate movement that could unlock “tremendous potential for transformation” — provided that it’s paired with an ambitious, heroic solution. Her organization calls for “an all-hands-on-deck effort to eliminate greenhouse gas emissions and safely draw down excess carbon from the atmosphere at emergency speed.”

This attitude is reflected in different ways across the spectrum of activist groups: While Extinction Rebellion focuses on doom, groups like the Sunrise Movement, inspired by the Green New Deal, emphasize an optimistic narrative about jobs and justice. What they share is a driving sense of urgency.

Salamon sees fear as a useful tool, an innate, protective mechanism that demands a response. The terror you feel when someone yells, “Snake!” shakes you out of complacency and primes you to spring into action … even if that action is simply running away.

“I don’t see how we could possibly achieve the scale of transformation we need if there’s not a shared national understanding that this is an existential threat, that this is a terrible danger,” Salamon said. “If people don’t think that, why would they change their lives? Why would they be part of a political movement? It’s always struck me as kind of an odd position, that somehow we can accomplish huge-scale change but without ever really telling the public the truth.”

Too much doom and gloom, however, can backfire, leading people to deny threats and ignore distressing facts. People are rightfully concerned about exaggeration and “the kind of doomism that says there’s nothing we can do to stop climate change,” Ettinger said. According to a recent survey from the Yale Program on Climate Change Communication, 14 per cent of Americans think it’s too late to do anything about climate change (for the record, it isn’t).

A number of studies suggest that fear-based messages are persuasive and can change people’s behaviour, particularly when they’re paired with messages that empower people to take action rather than wallow in misery. Marlon has found that what gives people hope around climate change is seeing others take action. That could be a neighbour putting up solar panels, a friend talking about climate change, or Swedish activist Greta Thunberg skipping school in protest of government inaction.

One recent study found that people who had heard of Thunberg said they were more likely to participate in activism, a phenomenon called the “Greta effect.” “You can’t just sit around waiting for hope to come,” Thunberg told European leaders in 2019. “Then you are acting like spoiled, irresponsible children. You don’t seem to understand that hope is something that you have to earn.”

Despite all the debate over hope and fear, the mix of messages people are hearing about the climate crisis seems to be resonating with a growing share of the public.

Watching a single video or reading a single article isn’t likely to have a lasting effect on people, Marlon said, but “the slow and steady drip, drip, drip of messages” is, along with people seeing change with their own eyes. Today, more than a quarter of Americans are alarmed about the climate crisis, twice as high as it was five years ago.

“The messaging is working,” Marlon said. “And there are lots of emotions mixed up in there, but we’re going in the right direction.”