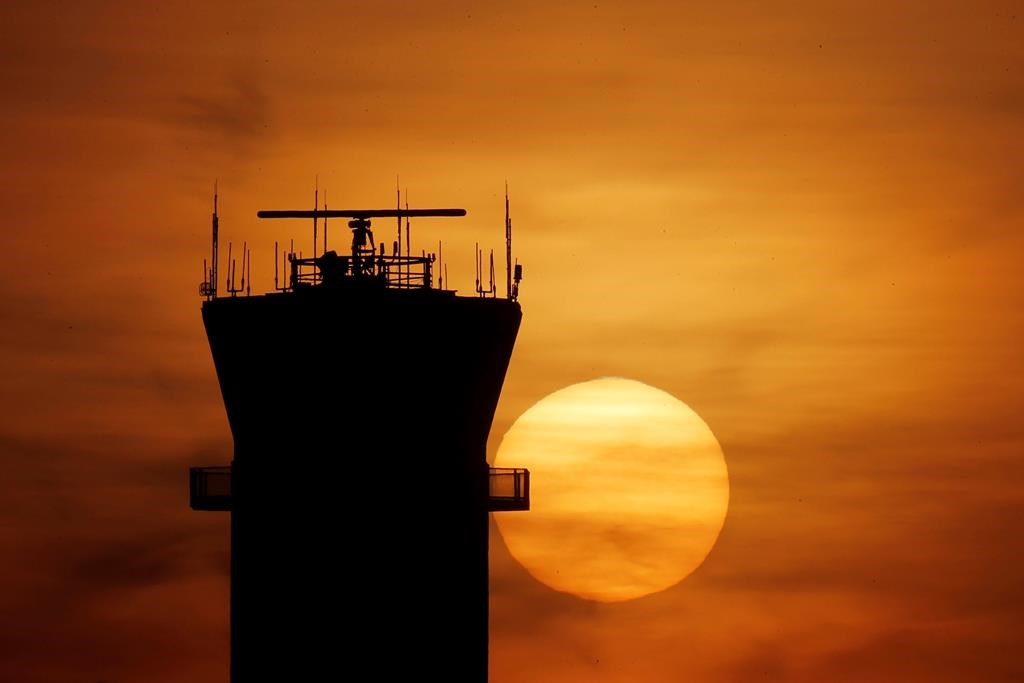 More cuts would axe critically needed workers and make for a more hazardous airspace in corridors across the country, according to the Canadian Air Traffic Control Association.

About 60 jobs are at stake in seven control towers from Whitehorse to Windsor, Ont., as the non-profit body that runs the country's civil air navigation service reviews whether to pare down its payroll — already thinned by nearly 1,000 positions over the past year.

"The reason a control service is so much safer is because I will tell that pilot what to do, and the pilot will listen to what we say, knowing that we’re keeping airplanes separate so that they can focus on actually flying their airplane.”

Nav Canada CEO Ray Bohn told the House of Commons transport committee this month that its study of potential service reductions would go on independent of any federal relief package.

"We would continue to look at those level-of-service initiatives regardless of government support," he said on Feb. 2.

The permanent closure of seven control towers — a possible outcome of Nav Canada aeronautical studies — would still see pilots receive traffic information from a slimmed-down service, but they would have to make their own navigation decisions and largely fend for themselves during takeoff or landing.

Mark Galvin, CEO of Windsor International Airport, says control towers are "essential" to ensuring safety in a busy airspace like his.

"The airspace around Windsor-Detroit is pretty complicated," Galvin said. "Nav Canada and a control tower is vital."

Traffic has only risen since then, notwithstanding a recent dip caused by the COVID-19 pandemic.

Nav Canada saw profits and air traffic plummet over the past year as the pandemic battered the organization, prompting some 720 jobs lost among roughly 5,200 employees since March, plus another 180 announced in December.

"Regardless of any financial aid, Nav Canada must continue to fulfil its commitment to efficiently run Canada’s air navigation system, ensuring that the services supplied align with market demands," spokesman Brian Boudreau said in an email.

"We will continue to monitor air traffic activity across the country and adapt operations safely and accordingly,"

The company hiked its rates by 30 per cent in September, prompting at least one carrier to raise surcharges for passengers on domestic flights.

Despite the job cuts, Nav Canada's CEO acknowledged earlier this month that he received a bonus last year, part of $7 million in bonuses given to the non-profit's management team of hundreds.

However, managers took "significant reductions" to their pay and pensions due to the pandemic, Bohn said

"There was no corporate bonus for executives from March 1 — the date of the pandemic — for the balance of the fiscal year," he told the transport committee.

Control towers cannot be closed without a green light from the federal transport minister following a safety assessment by the department, Transport Canada said.

"I appreciate the importance of the air traffic control towers to their communities and have heard from many stakeholders about the need to ensure the continued safe operation of the airspace," Transport Minister Omar Alghabra said in a statement.

"We will not tolerate any risks to the safety of Canadians."

The potential axing of 60 air traffic control jobs would come on top of nearly 50 more layoffs slated to take effect in June at flight service centres in Gander, N.L., Moncton, N.B., and Montreal.

Best, the union president, acknowledged the continuing plunge in global air traffic might require fewer traffic controllers. But he said new employees need about two years’ training at a cost of hundreds of thousands of dollars each, while a shortage of controllers across the globe could lure laid-off workers overseas, raising expenditures and labour hurdles for Nav Canada when flight numbers start to climb.

The Finance Department continues to negotiate with the aviation sector over a relief package, which it says will be contingent on companies protecting jobs, maintaining regional routes and offering refunds to passengers whose flights were cancelled.

“We remain committed to supporting Canadians airlines and people who work in the air sector during this unprecedented and difficult time," Katherine Cuplinskas, press secretary to Finance Minister Chrystia Freeland, said in an email.

The negotiations are primarily with airlines rather than other air industry firms.

Other countries are treating COVID patients with probiotics and vitamin D — why aren’t we?