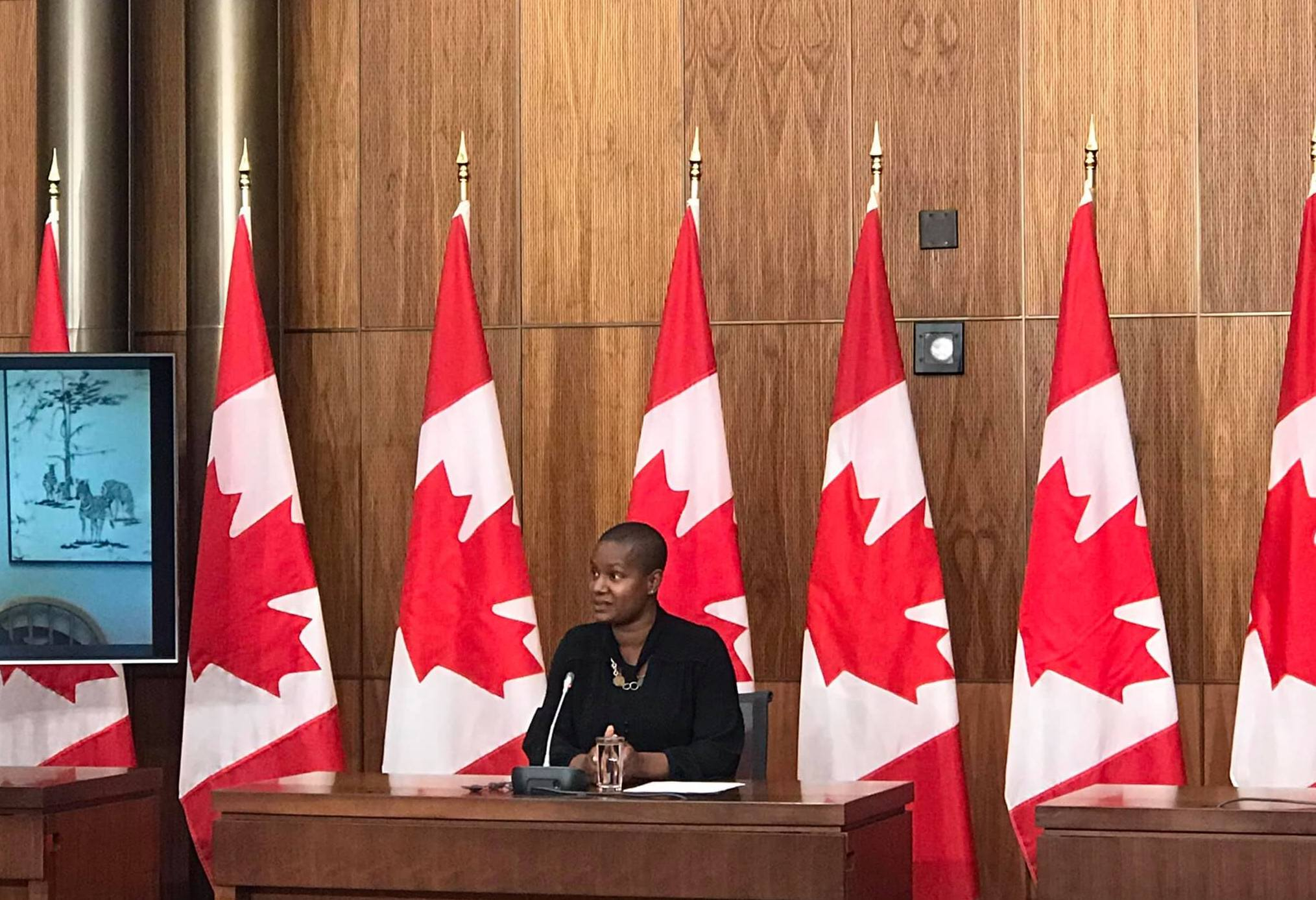 “A guaranteed livable income is almost inevitably going to have to be part of the solution if we’re going to ensure that everyone has a social safety net beneath them,” Paul said at a roundtable discussion Monday with Independent Sen. Kim Pate and co-founder of Revenu de base Québec Jonathan Brun.

Paul says the pandemic has shed light on the high number of people who would have been struggling to make ends meet — had it not been for emergency benefits.

There have been almost 10 million Canada Recovery Benefit (CRB) applications since its launch in late September, costing the government $9.88 billion, according to the Canada Revenue Agency, plus millions more applications from its predecessor, the Canada Emergency Response Benefit (CERB), as well as other benefits.

So far, the government has indicated it isn’t itching for a basic income program. “It’s not something that we see a path to moving forward with right now,” Prime Minister Justin Trudeau told a virtual town hall last December.

Data suggests employment gains made in the fall have been wiped, with the unemployment rate rising to 9.4 per cent — its highest rate since last summer, according to Statistics Canada.

As the pandemic rages on, Trudeau announced last week that the CRB and the Canada Recovery Caregiving Benefit will be extended by 12 weeks and that Canadians will be able to claim an additional 24 weeks of employment insurance.

The beefed-up benefits are a “sigh of relief” for Paul, but still not enough. “Now is the time to begin to talk about what is going to replace it,” Paul said.

For Pate, a basic income is necessary since not everyone is actually eligible for the pandemic supports, leaving some people to still fall through the cracks.

“They (the federal government) missed about one in seven or one in 10 Canadians,” Pate said. “As well, people who did apply for it but may have been on social assistance or on disability now find themselves being dumped off the system.”

So far, the government has indicated it isn’t itching for a basic income program. “It’s not something that we see a path to moving forward with right now,” PM Trudeau told a virtual town hall last December. #cdnpoli

The Green Party is proposing a basic income model that would give every Canadian a basic revenue source that could cover necessities such as clothing, food and housing.

Brun says the government should look at basic income as an “investment” that will churn out benefits in the long run.

“There’s no doubt there will be economic activity, cost savings in terms of criminal justice, health care and other issues,” Brun said.

P.E.I. lawmakers are currently eyeing a pilot on the Island, with three senators representing P.E.I. sending a letter to the prime minister and P.E.I. Premier Dennis King last month calling for a pilot project, as well as for the program to be expanded to the entire country in the future.

Ontario began a pilot program in 2017, however it was scrapped early when Doug Ford’s Progressive Conservative Party came into power. Meanwhile, B.C. has said it “would welcome” consultations with the federal government on the matter.

However, not everyone agrees with this solution. A panel of economists appointed by the B.C. government found that basic income for all Canadians cannot tackle the deeper systematic issues that cause people to be in financial hardship.

“The needs of people in this society are too diverse to be effectively answered simply with a cheque from the government,” their report released last December reads.

A better strategy would be to improve social support and provide a targeted basic income to people with disabilities and youth aging out of care, according to the panel.

This is one of the most

This is one of the most confused reports about a guaranteed income support program. It starts with the headline, about a Universal Basic Income., a term that generally means a less-than-living-income paid to everyone, regardless of income.
Top of the page is a photo, with caption speaking about a "guaranteed basic income." Again, basic means basic: it's not ever meant to be livable. It's a short term tide-over ... i.e., welfare, which considers its monthly payments on the order of $800 to cover shelter and basic needs, but that amount can't do the job.
In the very first sentence, comes the term "national guaranteed livable income." The problem with national programs is that they take forever to respond, as they use tax returns as a basis. If your income drops in January (or June or any other month, for that matter), it doesn't make your tax filing date any earlier, much less your tax year. It's always Dec 31. And the first cheques calculated on the basis of those figures comes out at the end of July of the following year. There's no way for that to be "livable," ot because of quantum, but because of timing.
And, as the article mentions, the basic needs of some people are considerable compared to the average,
The point being, thuogh, that the quote from Ms. Paul referred to a "guaranteed livable income" while every other reference in the article was to a basic income.
Whenever basic income is touted as a solution to the ills government should cover, it contemplates a small benefit, far short of what's required for healthy living.