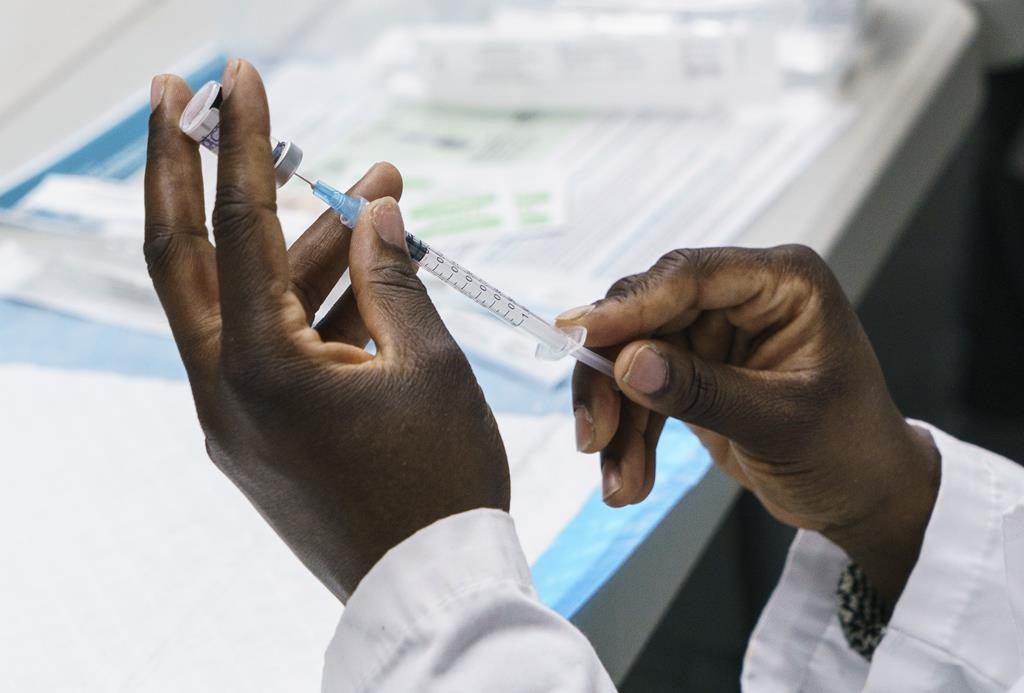 Quebecers 85 years and older were able to register for COVID-19 vaccinations starting Thursday, while seniors in Ontario must wait weeks to book in that province.

He added that there were some minor technical issues, but close to 100,000 people had signed up for appointments the first day.

Some doses were already being administered in Laval, just north of Montreal. Inoculations for the greater Montreal area are to begin Monday.

Ontario’s vaccine distribution committee, blaming a lack of supply for the delay, has said seniors there won’t be able to book appointments until March 15.

Provinces are moving forward with their vaccine distribution plans as federal officials assure the disruptions that have plagued supply lines have been rectified.

Kerry Bowman, a bioethicist with the University of Toronto, said he is concerned that seniors' access to vaccinations will vary wildly based on the province where they live. He said the pandemic, particularly vaccination distribution, is putting a spotlight on issues with the country's fractured health-care system.

"What’s becoming very, very clear is that the interventions are highly variable from province to province," Bowman said.

While all regions are under immense pressure, Bowman said Ontario's delayed rollout should have been avoided.

Quebec starts booking vaccine appointments for seniors; Ontario's not there yet. #COVID19 #vaccines

"People's lives will be damaged or even lost because of these delays."

There's also worry that differing strategies across the country could leave people confused about when they are able to get a vaccine, he added.

In Saskatchewan, health officials reversed earlier advice to people 70 and older to wait to be contacted for vaccinations, after reports some were confused by the process. The Saskatchewan Health Authority said it will launch a tool to book vaccinations online once more doses become available.

Also, the first day Albertans could book vaccine appointments left many frustrated when the government's online portal crashed Wednesday after more than 150,000 people tried to get access to it at about the same time.

The next day, because of long lineups at vaccination clinics in the province, officials issued a plea for people to wait in their cars.

Maj.-Gen. Dany Fortin, who is in charge of the federal vaccine distribution program, said he understands that provinces may not have a lot of confidence in dose deliveries after a disappointing performance this month.

But supply is already ramping back up, he said. The largest number of doses yet was delivered this week — 643,000 across the country.

"Provinces are now in a position to fully deploy their immunization plans," Fortin said.

More than 40 per cent of seniors over 80 have now received one dose of the vaccine. About 5.5 per cent have received a second dose.

But Dr. Howard Njoo, Canada's deputy chief public health officer, cautioned it is not time for people to let their guard down.

The B.1.1.7 variant — first detected in the United Kingdom — has become a significant issue in Montreal, where there is still widespread community transmission. The variant is making up eight to 10 per cent of new cases.

Ontario's science advisory group predicted Thursday that the more contagious variants will likely make up 40 per cent of new cases in the province by mid-March.

Dr. Adalsteinn Brown, co-chair of the group, compared the weeks ahead to a "minefield" and urged vigilance of public-health orders.

The group said vaccinating high-risk communities and seniors will drive down hospitalizations and deaths.

"We need to keep cases low and slow," she said.

Across Canada, there has been a total of 20,945 new cases over the past seven days.