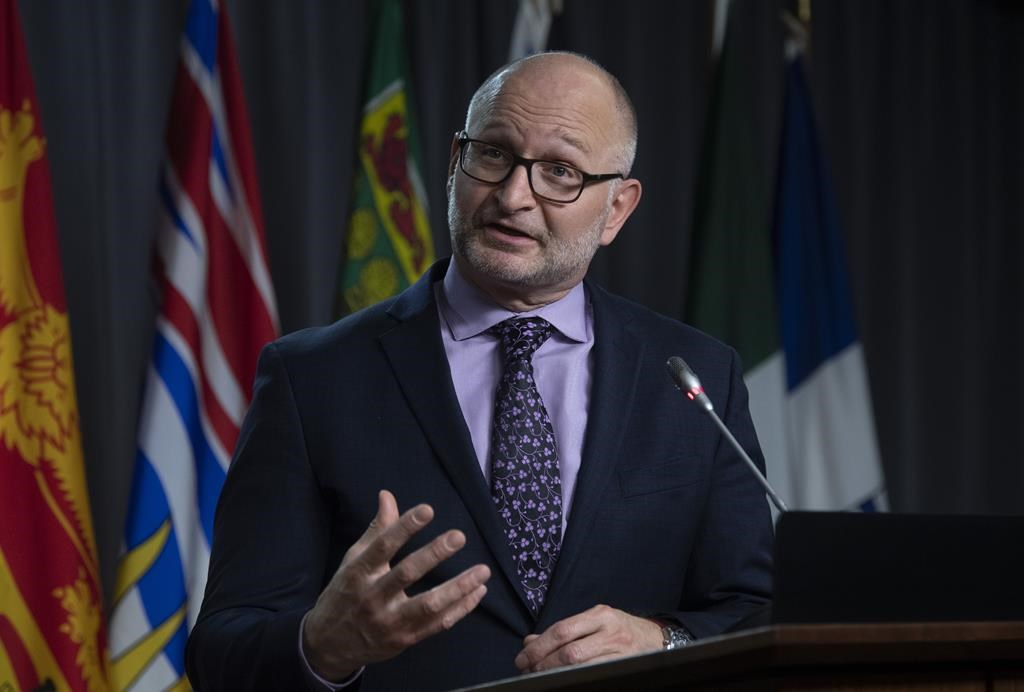 Justice Minister David Lametti responds to a question during a news conference about training for judges on Monday, Oct. 19, 2020 in Ottawa. File photo by The Canadian Press/Adrian Wyld
Previous story
Next story

The COVID-19 pandemic appears set to force a modernization of Canada's justice system.

Already grappling with a backlog of cases, courts across the country were forced to pivot swiftly when the pandemic hit last year and embrace new technologies and processes to follow COVID-19 restrictions while keeping the justice system working.

Now, federal Justice Minister David Lametti is introducing a bill seeking to make some of the changes permanently available options.

"Canadians expect that their courts will deal with criminal matters in a timely fashion so that the rights of the accused are respected and victims see justice being done," he said in a statement.

"The legislative changes introduced (Wednesday) will address challenges faced by Canada’s criminal justice system by allowing it to adapt to the unprecedented circumstances created by the COVID-19 pandemic."

The changes seek to clarify the Criminal Code and other laws to expand remote options, including video or audio appearances by accused people at preliminary inquiries, trials and pleas or sentencing hearings.

Video selection of jury candidates would also be an option in certain circumstances.

The government said that even with the proposed changes, in-person proceedings would remain the norm, but the new provisions would ensure a remote approach remains an option, albeit one that will need the consent of all parties involved.

In a backgrounder circulated with the new bill, the government said the changes help the criminal justice system manage the impact of the pandemic, including the backlog of cases.

"They are intended to help reduce the risks of further delays incurred during the pandemic, provide for increased efficiency in the long term, and support access to justice," the government said.

The Canadian Bar Association had issued a report just last week saying the legal profession must build on the innovations adopted as workarounds during the pandemic.

But in its report, it stressed the new measures and technology must be rolled out in a way that enhances access to justice and does not unintentionally inhibit it.

A common concern is that complex, sensitive matters with many witnesses and experts are more difficult to carry on remotely, their report said.

"This is largely because counsel cannot support their client in person and credibility assessments can be less amenable to online proceedings."

"This is a reckoning it is possible to modernize our justice system. And it would be irresponsible to not seize this opportunity,'' Wagner said.

A lack of access to justice has profound effects on people's lives, erodes trust in the legal system and reinforces existing inequities, he said.

"As leaders, we can encourage our community to be proactive and creative, pitch in and try new things to change our justice system for the better.''

The Opposition Conservatives said Thursday the Liberals took too long to make the changes.

"Conservatives will closely analyze the proposed bill, and ensure that it helps victims and their families to pursue justice," Rob Moore and Pierre Paul-Hus, the party's justice and public safety critics said in a statement.

"We wish the Liberals had acted sooner to address delays in order to ensure that criminals do not walk free.”