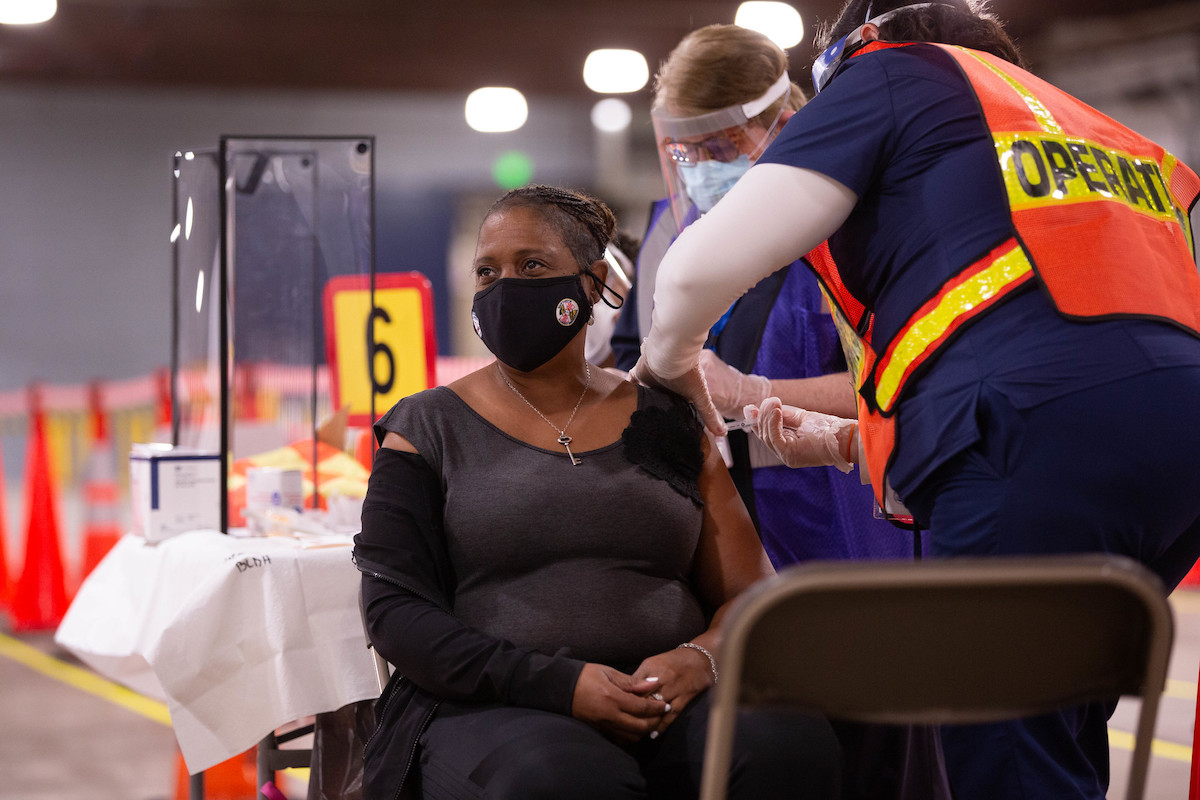 Health Canada approved its third COVID-19 vaccine on Friday, authorizing the jab made by AstraZeneca and Oxford University after a lengthy review of clinical trial details.

AstraZeneca was the first to apply for approval in Canada last October and was greenlit earlier in many jurisdictions including the United Kingdom, Mexico, India and the entire European Union.

But Health Canada sought further data from the company before authorizing the new vaccine.

Here's what we know about the AstraZeneca product:

Why did it take so long to approve?

Health Canada's regulatory team had been reviewing AstraZeneca's application since Oct. 1, 2020, and was undergoing its final assessment of clinical data as of late last month.

Dr. Supriya Sharma, Health Canada's chief medical adviser, said in January the review was "a bit more complicated'' because some volunteers in AstraZeneca's trials only received a half dose at first.

Is it recommended for populations over 65?

The National Advisory Committee on Immunization said Monday it does not recommend the AstraZeneca product in people 65 or older "due to limited information on the efficacy of this vaccine in this age group at this time."

Health Canada approved its third #COVID19 vaccine on Friday, authorizing the jab made by #AstraZeneca and Oxford University after a lengthy review of clinical trial details.

In large clinical trials, the vaccine was not tested on enough people over the age of 65 to draw statistically meaningful conclusions.

Health Canada said Friday that real-world data from countries already using the product suggest it is safe and effective among older age groups.

NACI says doses of the mRNA vaccines from Pfizer-BioNTech and Moderna should be prioritized for older age groups and other "key populations" at highest risk of severe illness and death from COVID-19.

The panel's advice helps provincial governments determine how best to use the vaccines available to them, but provinces can make their own calls about what to do.

How effective was the vaccine in clinical trials?

Data from clinical trials suggested AstraZeneca was 62 per cent effective against acquiring the virus when two full doses were given 28 days apart.

That compares with the 95 per cent efficacy from the clinical trials of Pfizer-BioNTech and Moderna, the other two vaccines currently approved in Canada.

Does it work against the new variants?

A group of experts on immunization working with the World Health Organization is recommending the use of AstraZeneca's vaccine, even in countries where variants emerged as dominant.

That guidance comes after a small study in South Africa suggested AstraZeneca's vaccine was only minimally effective against the variant first detected there, causing the country to halt use of the product earlier this month.

South Africa said it would instead give the still-unapproved Johnson and Johnson vaccine to front-line health workers to see how it protects against the more contagious variant that's dominant there.

Oxford University, who helped develop the AstraZeneca vaccine, has said researchers were tweaking their product by inserting a genetic sequence from that specific variant.

AstraZeneca's vaccine has some promising early data suggesting it works against another variant first detected in the U.K. Findings based on swabs taken from around 500 volunteers in trials between October and January showed a 74.6 per cent efficacy rate against that variant.

How does the vaccine work?

Unlike Pfizer-BioNTech and Moderna, which use messenger RNA (mRNA), the Oxford-AstraZeneca vaccine is a non-replicating viral vector, using a weakened chimpanzee cold virus as a vessel.

Scientists stripped the genes from that virus, which isn't harmful to humans, and replaced them with the spike protein gene for SARS-CoV-2.

Once injected, the vaccine shows our bodies how to produce the immune response needed to ward off future infections from the COVID-19 virus.

Non-replicating means the virus won’t actually reproduce throughout the body.

What are the advantages to this vaccine?

Oxford-AstraZeneca can be shipped and stored at regular refrigerator temperature, unlike Pfizer-BioNTech which requires ultra-low freezers to hold its product before it's injected. Moderna's vaccine is somewhere in the middle, needing a regular freezer to keep the injections at about -20 C.

From a global vaccination standpoint, the low cost of AstraZeneca's vaccine — about US$4 per dose — gives it another advantage. AstraZeneca, which says it aims to manufacture up to three billion doses in 2021, has pledged to make their product available at cost around the world until at least July.

The AstraZeneca vaccine forms the bulk of the stockpile acquired so far by the UN-backed vaccine-sharing effort known as COVAX, which aims to deploy coronavirus vaccines to people globally.

When can we expect a rollout to begin in Canada?

The Canadian government has already procured 20 million doses of the Oxford-AstraZeneca vaccine, and a rollout can be expected to begin shortly after the first shipments arrive in the country.

Canada will also receive up to 1.9 million doses of the AstraZeneca vaccine through COVAX by the end of June.

Prime Minister Justin Trudeau said in early February he believes most of those 20 million doses — enough to inoculate 10 million people — will be delivered before Canada Day.

The government has said it plans to vaccinate the majority of Canadians by September.