How youth are planting seeds for food security in Durham 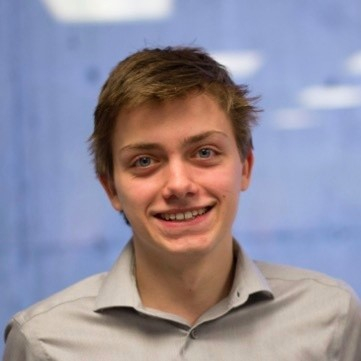 Trystan Lackner and the rest of the team at Youth Roots Durham aim to educate about food security and climate change. Photo supplied by Trystan Lackner
Previous story
Next story

Trystan Lackner first got interested in urban food security way back in his senior year of high school after a supportive vice-principal helped him build a community garden in barren soil where portable classrooms had been removed.

It ended up producing around eight or 10 grocery bags full of lettuce, potatoes, carrots and other produce that they donated to local volunteer group Feed The Need Durham. But it only lasted the year that Lackner and classmates he had brought along were there to sustain it.

“It was a seed,” says Lackner, explaining he didn't have the experience or knowledge at the time to carry it forward. “The community garden was there, and then it wasn't, and there wasn't any communication of those ideas.”

Fast-forward a few years and a degree in international development later, and Lackner is looking to make a more lasting impact.

“Our whole idea was to develop an educational summit for young people to become more aware, get involved, and connect with the experts within the field,” he says, about the Youth Roots Durham project.

The hope is that more informed communities will build more resilience into the process by which they get fed, one that faced a sharp shock due to COVID-19 disrupting global supply chains, as well as ongoing threats to the same system from climate change.

The summit included a weekend panel discussion of experts followed by networking, and workshops on the links between food and climate change, the benefits of moving from mass production of commodity crops, and how to get involved in pushing for more sustainable practices.

One speaker at the summit was a local permaculture farmer, who grows multiple crops in proximity to each other for mutual benefit.

The practice can reduce the need for pesticides and cut carbon emissions by limiting the need to transport food, Lackner explains.

“Get out there, get your hands dirty. Make that change that you want to see,” says Trystan Lackner of the Youth Roots Durham project.

The information gathered in the course of the project is being prepared to be archived on a page of the Durham Food Policy Council’s website, ensuring that unlike his high school garden, Lackner’s legacy may live on.

The region — which is suburban in its southern sections near Lake Ontario and more rural in its north towards the Lake Simcoe border — exports most of its produce in the form of commodity crops, such as soy and corn, Lackner says.

He says that with demand for food to expand by roughly 70 per cent in coming decades as our global population approaches 10 billion people, innovative solutions applied locally will be key.

“There is a very high possibility that you will see in the next decade or two, if we can innovate more with the greenhouses and produce more in warehouse settings, you can essentially urbanize and create factories of food within these large urban centres,” he says.

In addition to these modern factory farms, Lackner wants to see more rooftop gardens and government policy that sets aside land to protect it from being developed other than as farmland.

And for young people wondering what they can do, he says just dive in.

“Get out there, get your hands dirty. Make that change that you want to see,” he says.

“If you see something that no one else is doing or that's missing, don't wait for someone else to get that going, start it yourself and get involved. There is a way to do all that and connect with the experts and community partners.”