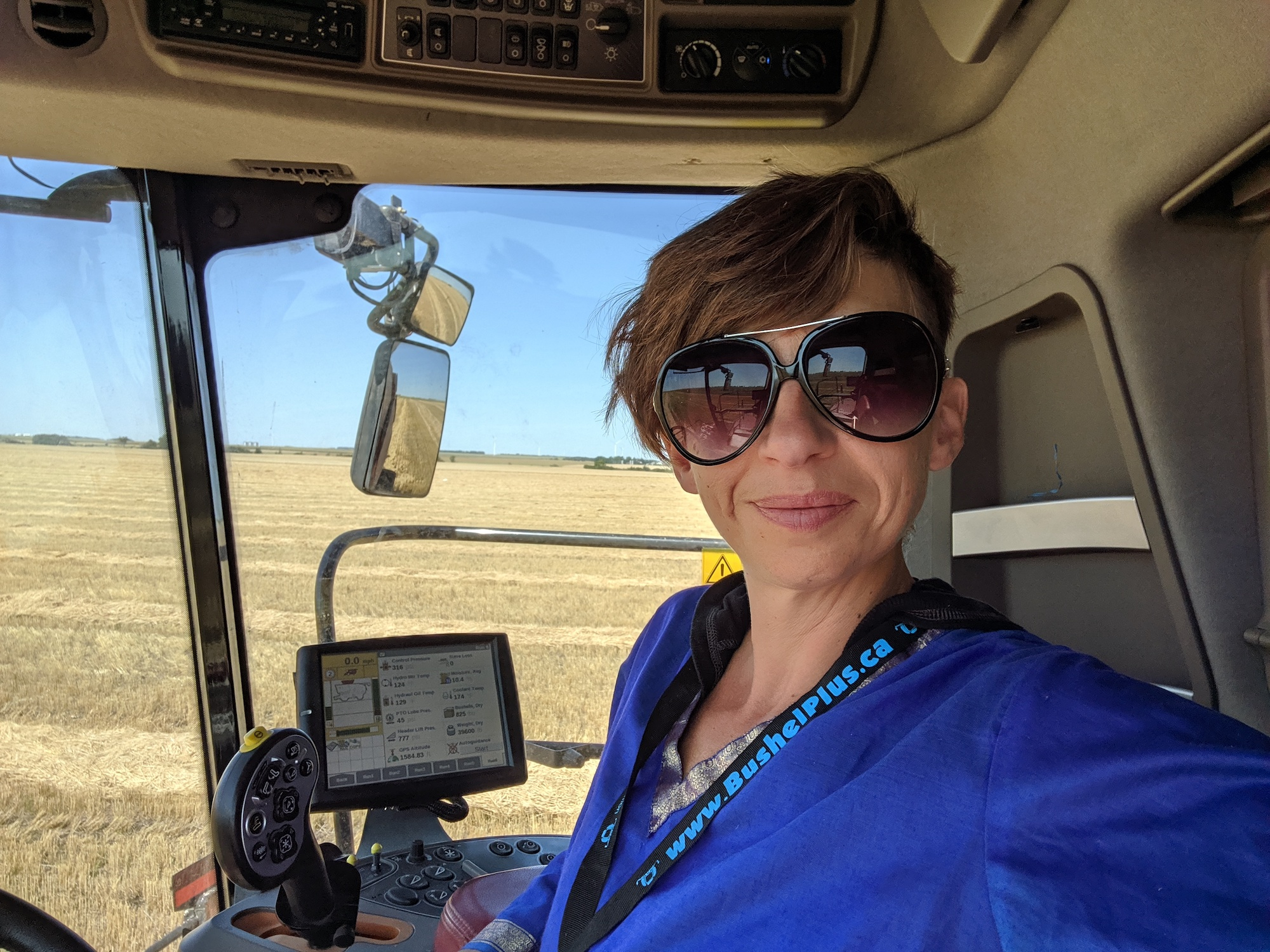 Karen Klassen is part of a coalition of farmers calling on the federal government to invest in climate-friendly agriculture. Recently released documents suggest the government denies Canada's role in reducing agricultural emissions. Photo by Karen Klassen
Previous story
Next story

Agriculture is responsible for about eight per cent of the country’s greenhouse gas emissions. But newly released internal documents suggest the federal government denies that Canada needs to take action to rapidly reduce them.

The 2019 briefing note was prepared for Agriculture Minister Marie-Claude Bibeau in response to a landmark 2018 IPCC special report about land use, agriculture, and climate change. That report urged countries to adopt more sustainable farming practices to keep planetary warming below the 1.5 C Paris Agreement threshold.

Yet despite widespread emissions-heavy industrial agriculture in Canada, the 2019 government document suggests the feds saw no need to act: Canadian agricultural emissions account for only one per cent of the global total, and issues raised in the report — intense deforestation and the use of croplands to produce biofuels — don’t reflect “the Canadian context,” it said.

“The attitude is that action on climate change is not (Canada’s) problem,” said Reykia Fick, nature and food campaigner for Greenpeace Canada. The environmental organization was the first to obtain the 2019 briefing note through a Freedom of Information request.

“Agriculture is a significant source of GHG emissions in Canada … so it’s absolutely essential that the federal government is taking strong, decisive action to try to reduce emissions in this area,” Fick said.

Poor soil health and excessive nitrogen fertilizer use — a byproduct of industrial agriculture — are the main drivers of GHG emissions from Canada’s farms, ranches, and orchards.

Residue from nitrogen fertilizers is broken down by microbes into nitrous oxide, a greenhouse gas about 300 times more potent than CO2. The chemical can also deprive soils of nutrients and hurt natural microbial communities in the soil essential for good soil health, said Sean Smukler, professor of land and food systems at the University of British Columbia.

Farmers can substantially decrease nitrous oxide emissions on their farms by using more sustainable techniques, like cover cropping and more targeted nitrogen use. But for many, implementing these techniques is expensive or technically challenging.

Recent data from Statistics Canada found the top 20 per cent of Canadian farms are extremely profitable, while most barely break even or are losing money each year. Farmers’ net incomes have also dropped since the 1980s due to increased debt and higher operating costs. That combination means it is hard for most farmers to adopt new techniques, said Darrin Qualman, director of climate crisis and policy for the National Farmers Union.

“We have a systemic problem here in Canada with our food system,” says @reykia of @GreenpeaceCA. “The government needs to recognize that and invest in making things better.”

Last month, a coalition of climate-conscious farmers called for a $300-million investment from the federal government to help producers transition to low-emission farming. Programs to directly reduce nitrous oxide emissions make up almost a third of the proposed spending.

Canada is a laggard among developed countries in offering this kind of support, the coalition noted. The European Union offers roughly 73 times more subsidies per acre for sustainable farming than Canada. Despite the former Trump administration’s position of climate denial, the United States spends about 13 times more on similar programs.

“We absolutely need the government to be making major investments in systemic change, investing in ecological agriculture, having farm livelihoods be more sustainable — and certainly investing in reducing (GHG) emissions from agriculture,” Fick said.

“In the fall 2020 economic statement, the government announced ... close to $185 million towards a new Natural Climate Solutions for Agriculture Fund,” wrote Agriculture and Agri-Food Canada in a statement. “This fund will support the agriculture sector's action on climate change by accelerating the adoption of carbon sequestering beneficial management practices, such as cover crops or shelterbelts, through development, testing, peer-to-peer learning and information sharing to communicate these solutions to other farmers.”

Climate impacts from Canadian farms aren’t the only problem, said Fick. About 30 per cent of Canada’s food is imported, according to researchers at York University. How that food is grown also has a major climate impact, yet that issue wasn’t included in the government’s 2019 analysis.

“Anything that’s happening outside of Canadian borders is basically labelled (in the briefing note) as not reflective of the Canadian context,” she noted.

“Canada is firmly committed to the principle that free and progressive trade, and protecting the environment, should be mutually supportive. It has always been our priority to include ambitious, comprehensive, and enforceable Environment Chapters within free trade agreements,” wrote Agriculture and Agri-Food Canada.

“We have a systemic problem here in Canada with our food system,” said Fick. “The government needs to recognize that and invest in making things better.”