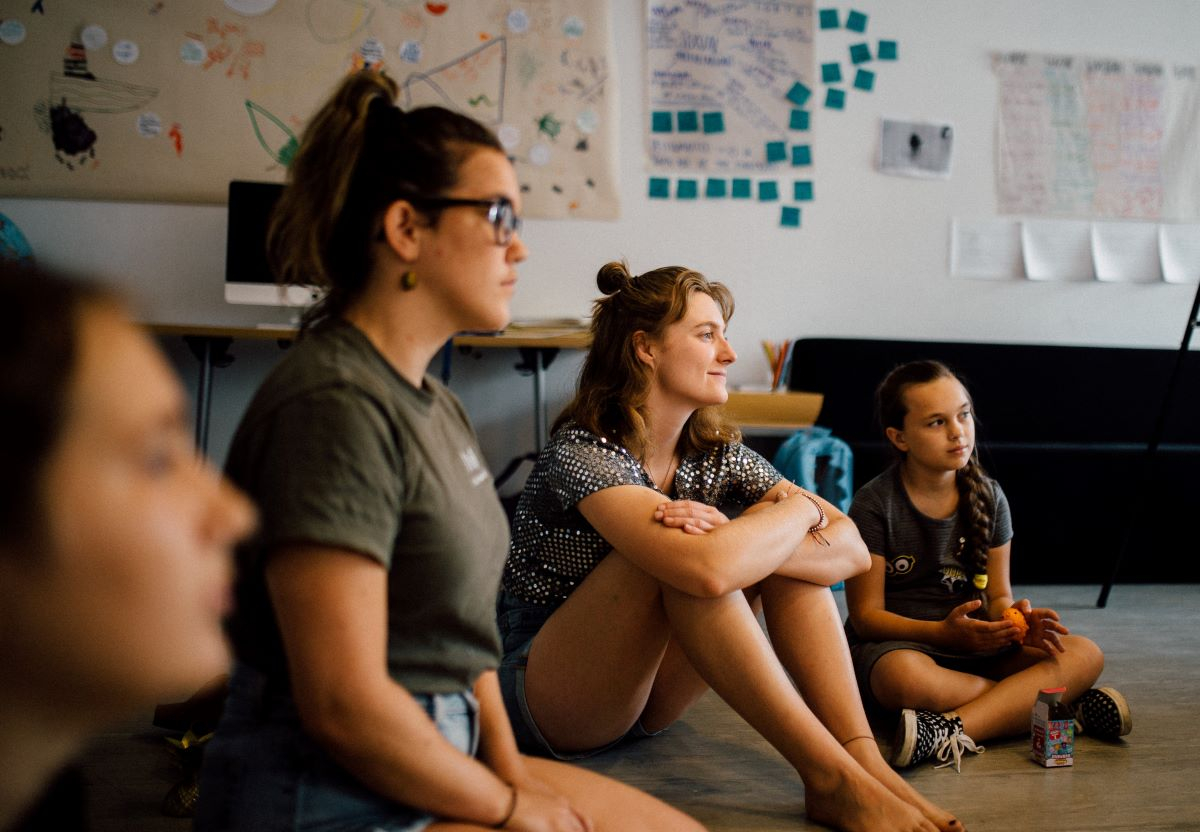 As part of a series highlighting the work of young people in addressing the climate crisis, writer Patricia Lane interviews Siobhan Takala, who co-founded Let’s Sprout, a group dedicated to the development of young climate leaders.

Siobhan Takala co-founded Let’s Sprout with Kelsey Brasil and Sarah Aspinall in April 2016. Based in Mi'kma'ki, the ancestral, unceded and unsurrendered territory of the Mi'kmaq people and the Wabanaki Confederacy (Halifax), Let’s Sprout has helped more than 400 youth, aged eight to 30, develop as climate justice leaders. Takala was named one of Starfish Canada’s Top 25 environmental leaders under 25 for 2020.

What exactly is Let’s Sprout?

Pre-pandemic, we hosted workshops combining environmental education, creative expression and caring for the community for middle and high school students encouraging participants to value their entire selves for making change. At first, we only offered programs to girls, but quickly realized that to address gender inequity, we had to include everyone across the gender spectrum. During the pandemic, we have connected with youth online and hosted events like a screening of There’s Something in the Water, which included a panel discussion with women from the film. We have broadened our inclusion work, joining the National Anti-Environmental Racism Coalition, supporting Indigenous and Black communities to address environmental racism.

How did you come up with the idea?

How to grow a climate leader. It's about showing up as you are, learning about hard topics, and demanding action, says Siobhan Takala, co-founder of Let's Sprout. #climatejustice

Kelsey, Sarah and I discovered we shared a frustration that growing up, our daily activities were constantly siloed. Dancing, music and sports were disconnected from social justice. Social justice was disconnected from the environment. Gender limited what you were allowed to be interested in. Extroverted leadership alienated introverts. We wanted to help others recognize all aspects of their identity as powerful aspects of leadership. Young people are often aware of the climate crisis. We need all their ideas, which means we have to be more inclusive.

Can you give us some examples of making a difference?

A 14-year-old boy started one of our workshops labelling himself as the group jokester and presenting as silly. We took him seriously, insisting we knew he had good questions and ideas. When he expressed a doubt, we valued it and asked how he would overcome the obstacle. Ninety minutes later, he had become passionate about assuming leadership to end world hunger. Everyone learned the impact of diverse participation.

A group of teens became really excited about kazoos. They joked about giving a kazoo concert. We said: “OK! C'mon! Let’s go! When it is happening? Who will play? Who will make the posters?” A few weeks later, they gave a concert on the Dartmouth waterfront attended by 20 people and learned a life lesson that their ideas matter and can turn into action.

One summer camp, eight- to 14-year-olds were tasked to build their own community. Some were given more “building” materials, like paper and pipe cleaners, than others. Materials were taken away from some without explanation. In the debrief, we revealed that the rules had been set up that way. Their anger quickly turned to awareness about the parallels with real life. On the last day, we were moved when they spontaneously shared all their resources to create a larger, more equal community.

We have heart-to-hearts, write letters to government, converse with community leaders and elders, and so much more. Let’s Sprout is about showing up as you are, learning about hard topics, and demanding action.

In Saskatchewan, I was raised Catholic, instilling values of caring for creation, kindness, generosity and social justice. I spent a lot of time outdoors in the boreal forest at Loon Lake, and St. Francis of Assisi, patron saint of animals, was one of my favourites. I volunteered with church hamper programs and campaigned to stop the sale of bottled water. My grandmother helped bring a library to Loon Lake, and at 80, was still delivering Meals on Wheels. My mom taught me that being at the lake was a form of church. She is on the L’Arche Canada board and passed on to me her passion for the rights of women and Indigenous people. At university, I was challenged to look at social justice and science together and understand that we must have both.

Climate change, growing inequality and divisiveness, access to clean water, racism, the gender binary and patriarchal, colonial systems — so much to contend with. But I am proud that by valuing young people for their whole selves, Let's Sprout builds strong, resilient future leaders. Author Mariame Kaba says: “Hope is a discipline — it requires practice.” Co-directing Let's Sprout is my practice of hope.

Find a community that values you for who you are. It exists. When we feel safe, whole and supported, we are most powerful. You are not alone. When things feel too big, remember adrienne maree brown’s teaching: “Small is all. Everything has ripples.” Take care of your spark. Do things that fill you up. We need to be well to be able to show up.

Anything you would like to say to older readers?

Support young people to explore who they really are. When they figure that out, they will be unstoppable.

They seemed to be kind of

They seemed to be kind of generic "community organizer" training. Which is fine, everybody should get it, on weekends. It's about the spiritual world, about changing hearts and minds, a vital first step. But all the next steps are actual physical achievements, like decarbonization and carbon removal.

The week should be spent at school. My idea of "climate leaders" are folks like Proton Technologies, who may come up with the cheapest hydrogen in the world, and be giving drillers new jobs, to boot. Or the people improving wind turbine designs, or fast-growing plant species that can soak up more carbon.

The world won't be saved by the people who cry for justice, but by those with the skills to answer them.

Study your math and science, kids.