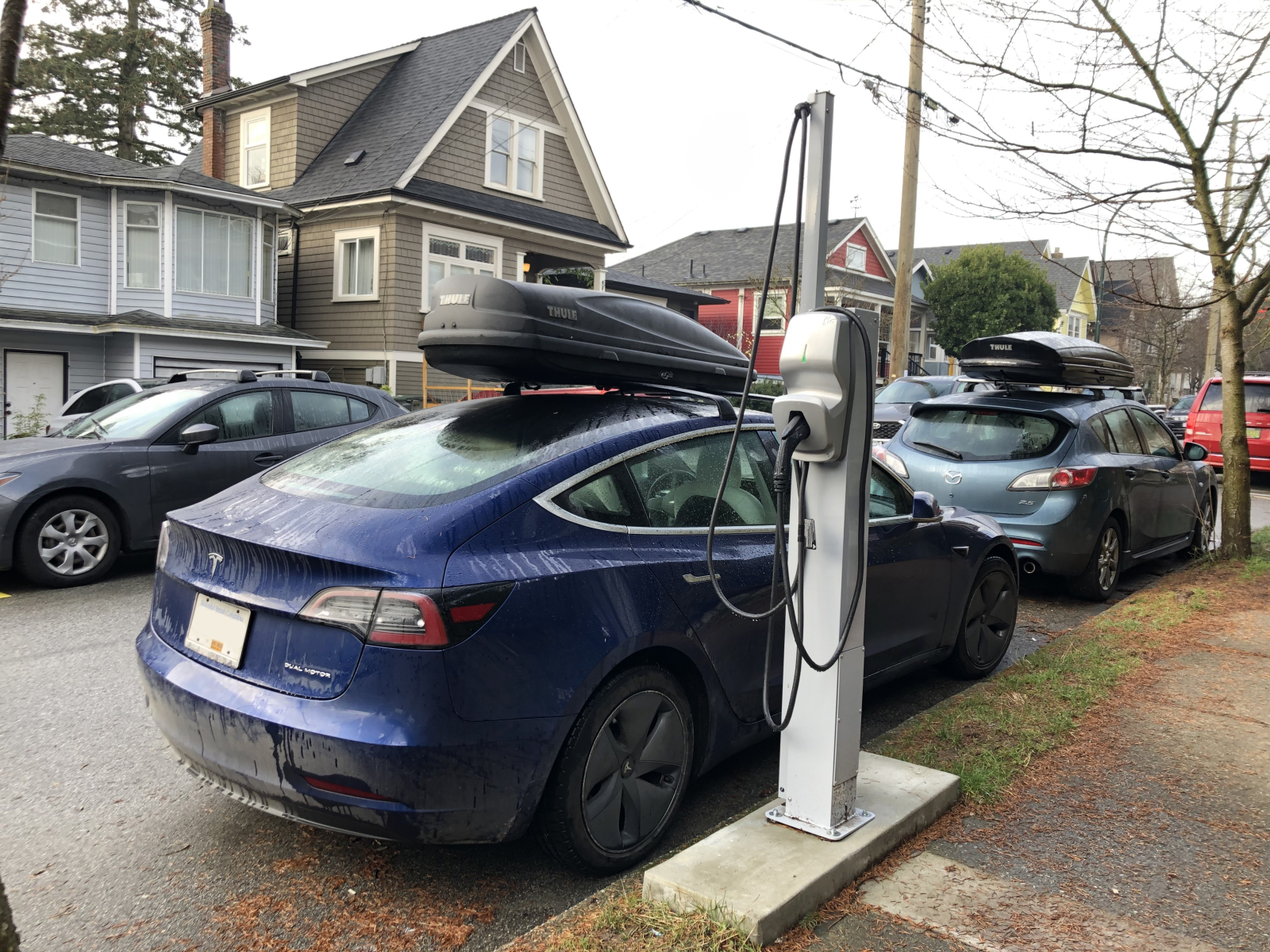 Vancouver’s decision to allow extension cords across sidewalks to charge electric cars is an interesting step, but comes with its own challenges, say the heads of two EV associations.

City council voted Feb. 9 to authorize the licensing of charging cords across city-owned property, so people who don’t have access to private driveways can charge their EVs while parked on the street. The charging cords have to include a cable cover that is slip-resistant and high-visibility.

The decision could make it a bit more attractive for people in the city who are interested in switching from gas-powered cars to EVs but worried if they can reliably charge their cars overnight, especially if they don’t have driveway access or don’t live in buildings with charging infrastructure.

The city pitched it as a “simple, low-cost option” open to both homeowners and tenants, one that doesn’t require expensive, permanent infrastructure. The vote, however, has also led to questions over the practicality of allowing charging cords in large amounts in residential neighbourhoods both in B.C. and across the country.

John Stonier, president of the Vancouver Electric Vehicle Association, said that the organization has been working broadly with the city on EV infrastructure issues, although the approval on the extension cords he felt came “out of the blue.”

“I was a little bit surprised. Because yes, maybe it works for Vancouver, running an extension cord with a cover, but it’s still a tripping hazard,” he said in an interview. “It’s just not a solution for all of Canada ... it’s a practical, cheap solution, but I think it’s a temporary solution.”

The potential for tripping was already an issue for the city, according to a report from the city’s general manager of engineering services, and the extension cord approval was meant in part to address the problem.

The report noted that some Vancouver residents had gone ahead with installing their own “illegal on-street EV charging infrastructure.” The city was going around removing these, the report said, because of “unsafe installation” and pedestrian obstruction, “the latter of which disproportionately impacts people with physical disabilities.”

“Ad hoc installations that have been designed by well-meaning residents seeking to make them unobtrusive often do not meet basic structural or electrical safety standards, posing a risk to both the user and passersby,” reads the report.

Some Vancouver residents have been installing “illegal on-street EV charging," according to the city, which has now approved extension cords across sidewalks to charge EVs. But that also comes with challenges, say the heads of two EV associations.

Canadians who live in more snow-packed regions of the country might also wonder how such a solution would work with snow-removal equipment that scrapes across city streets and sidewalks.

“I do see challenges particularly in the winter when snowplows would likely damage the cable when they run over them on the sidewalk — even with a cable ramp, which a snowplow or blower could pick up,” said Raymond Leury, president of the Electric Vehicle Council of Ottawa.

Leury said he would generally discourage the use of extension cables in the first place, as they could pose a fire risk. EVs will draw significant power off a regular circuit for hours at a time, he noted, and so can easily heat up, with the potential for overheating.

“For that reason, it is advisable to avoid extension cords,” he said. If it is unavoidable, he added, the cord should be as short as possible and the highest thickness possible, or in other words, a heavy-duty cord.

Stonier said he felt neighbourhood charging programs are the better way to go, where cities can install infrastructure in communities to be used by a small number of residents. Such programs are more effective and would have more applicability across Canada, he said.

Vancouver did run a curbside charging pilot project between 2017 and 2019, licensing the installation of electrical outlets. The engineering services report said the pilot had “very few successful applicants” due in part to the expensive nature of installing underground infrastructure as well as “onerous design restrictions” and limited eligibility.

According to Plug In BC, there are now 14 cities or districts in the province that have zoning bylaws or other rules surrounding EV parking spaces or charging outlets on residential properties.

The City of Vancouver, for example, requires 100 per cent of stalls in multi-unit residential buildings to be EV-ready, while all parking spaces for dwelling units in Burnaby must include Level-2 charging or higher, both for single-family homes and multi-family buildings, with exemptions for visitor and secondary suite parking.

The City of Toronto announced in November that it had launched a new on-street EV charging pilot project of its own citywide in partnership with Toronto Hydro. The project will allow permit holders with EVs that are plugged in to access the parking spaces. Users must pay a rate to charge their EVs that are established by the utility.

Stonier said he felt it was fair that EV owners pay for at least some of the cost of setting up charging infrastructure, given that the cost of operating and maintaining an EV is much cheaper over the long term than their gas-powered cousins. EVs have far fewer moving parts, don’t require oil changes and run on electricity.

“People have to pay for these services — it’s not cheap, it’s not free, but it’s still cheaper than owning a gasoline car,” he said.