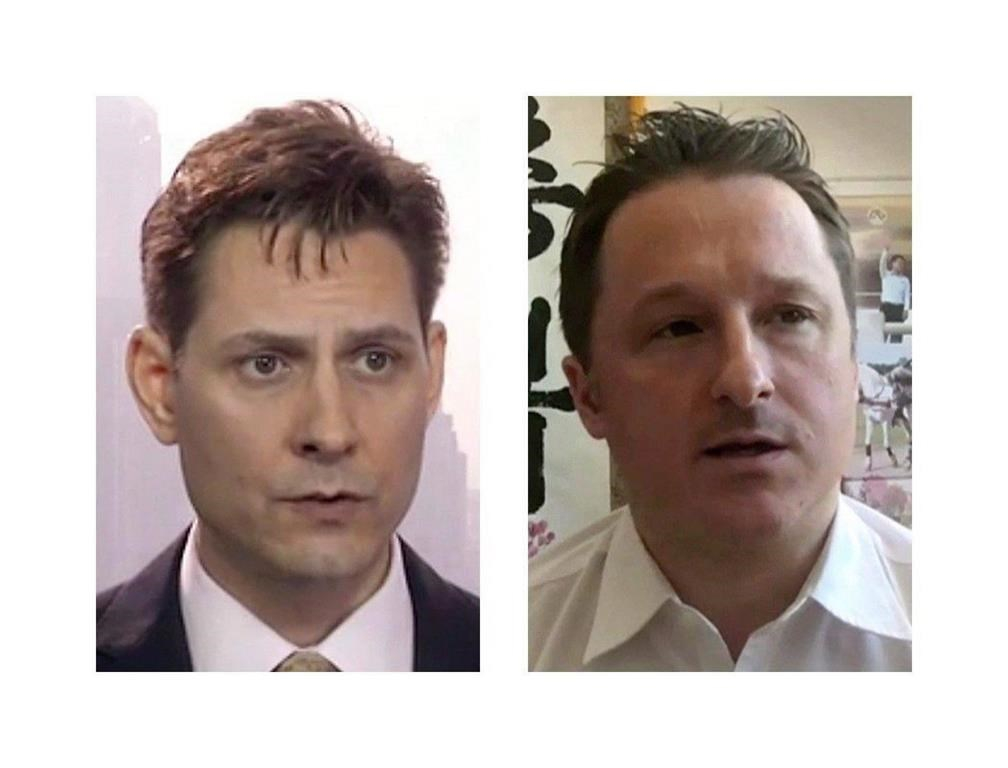 Michael Kovrig and Michael Spavor are shown in these 2018 images taken from video. A state-owned publication in China says two Canadian men will "soon" receive their first trial after more than two years in detention. File photo by The Canadian Press/AP
Previous story
Next story

A state-affiliated publication in China says two Canadian men will "soon" receive their first trial after more than two years in detention.

But a spokesperson for Global Affairs Canada says Canadian diplomats have not been notified of any court hearings and are not aware of any set timelines for trials.

Michael Kovrig and Michael Spavor were detained in December 2018 in apparent retaliation for Canada's arrest of Huawei executive Meng Wanzhou on an extradition request from the United States.

They have been in custody since, held on what the Canadian government and observers have described as bogus charges aimed at putting pressure on Canada to release Meng.

Earlier Thursday, the editor-in-chief of the Global Times, an English-language newspaper affiliated with the Chinese Communist Party, posted on his social media account he's been told trials will be conducted soon.

The plight of the two Michaels, as they are known, has been taken up by several of Canada's allies, including U.S. President Joe Biden, who recently pledged his support to help free the two men.