Olympian trains student leaders on how to hurdle COVID-19 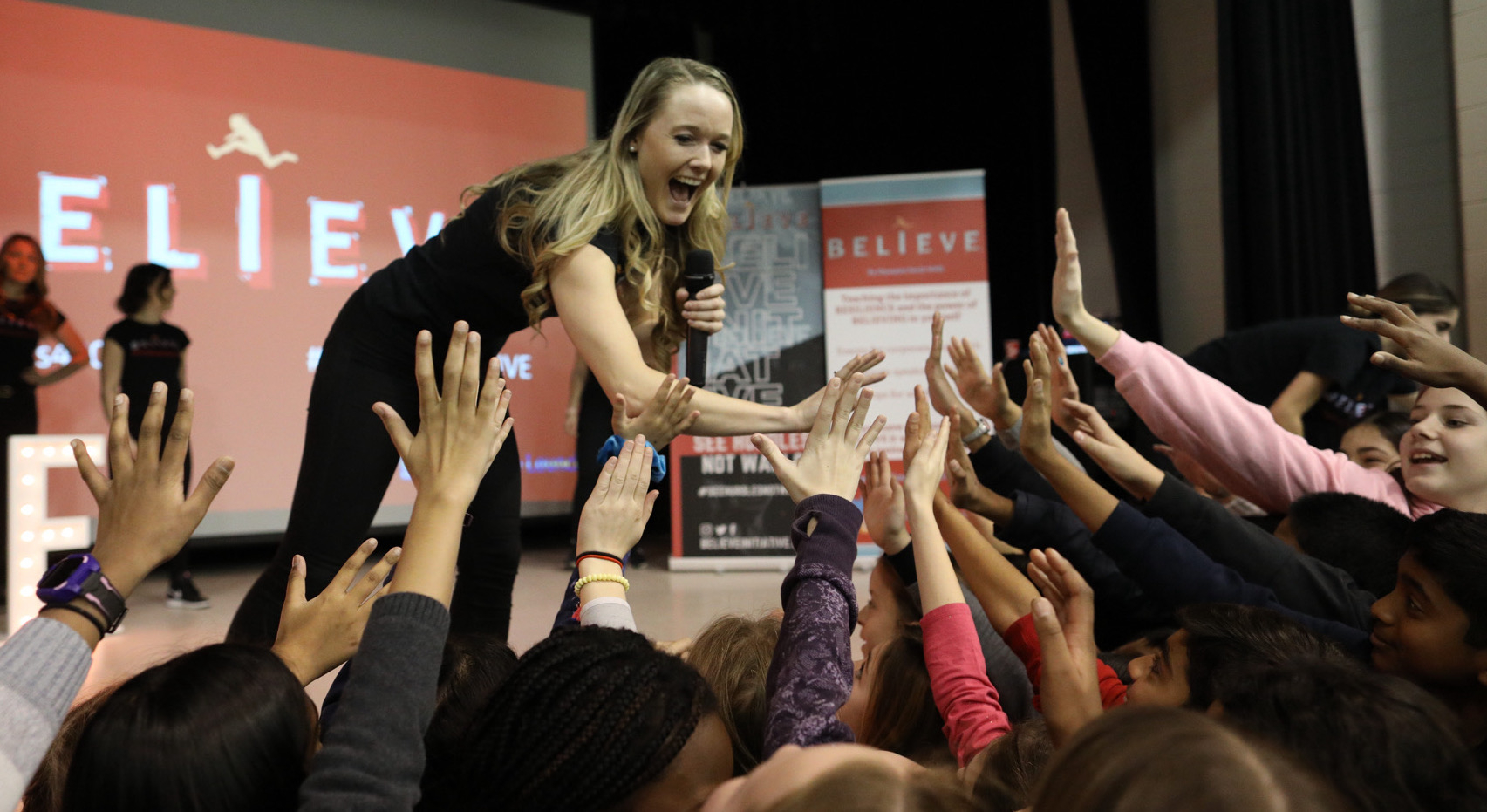 Sarah Wells had just settled in for a post-Olympic career motivating high schoolers when the pandemic created a hurdle that may have forever changed the way she runs her Believe Initiative.

No longer able to cross the country gearing students up for passion projects via full-day workshops (and with stretched teachers unable to take on their usual support roles for related curriculum), Wells found students to take the lead instead.

"What's so brilliant is that I am no longer limited by how many schools I can get to in a week or how many hours I can spend on a plane," said the 30-year-old hurdler, who retired from professional athletics in January 2020 to focus full-time on the project.

Applications are now open for a second cohort of young leaders looking to develop the kind of skills to write about on applications and the stories to tell in interviews, Wells said.

"It was this stepping stone for so many different youth in our communities to connect with each other and to share their passions," said Zhu, a veteran of her school’s student council who learned that everyone involved “has something to bring to the table.”

Students like the trio behind Stickery Delivery, who took design requests to make stickers and sent them to front-line workers, and the pair putting out Schoolistic, a podcast about high school life.

"It was really eye-opening to me to see that you just need to provide a student with the proper resources, the proper support and the proper community and they can really achieve anything," said Zhu, who will graduate this summer and wants to study human kinetics at university.

"It was really eye-opening to me to see that you just need to provide a student with the proper resources, the proper support and the proper community and they can really achieve anything," says student Amy Zhu.

That’s exactly the message Wells wants these student leaders to push as she eyes expanding a roster of around 50 schools engaged in her initiative to a thousand within three years.

“I have no idea how I’m going to get from 50 to 1,000, but I'm just saying it out loud because that's how I made the Olympic Games,” she said in an interview.

“It's about empowering them to see that they are capable of creating that active change,” said Wells, noting confidence and resilience were especially valuable amid the uncertainty of COVID-19.

Students who built an online memorial site to mourn loved ones while socially distanced won a $2,000 grant to keep developing the project last year, Wells said, while another project crowdsourced 10x10-inch squares of fabric to be sewn together for blankets and then donated to shelters.

Wells said it was a mixture of perseverance and wise guidance that got her to the Olympics, and she’s inspired to help other young people apply their passions to tackle big problems.

"I sucked at all sports. I got cut from every team at high school until I discovered track and field, which didn't make cuts," she recalls, laughing. "I ended up eventually setting my sights on the Olympic Games."

Wells had to sit out for nine months with a stress fracture in her femur in the run-up to the 2012 Games, and was warned it was unlikely she could recover in time.

She was back on the track with six months to spare and the word "believe" freshly tattooed on her wrist, with a promise to add the Olympic rings when she made it. She ended up running in the semifinals of the 400-metre hurdles event.

“I just felt like I could have given up, and I didn't,” she said. “I had fostered this sense of strength and self-belief.”

Advocate hopes to get Black people talking about mental health