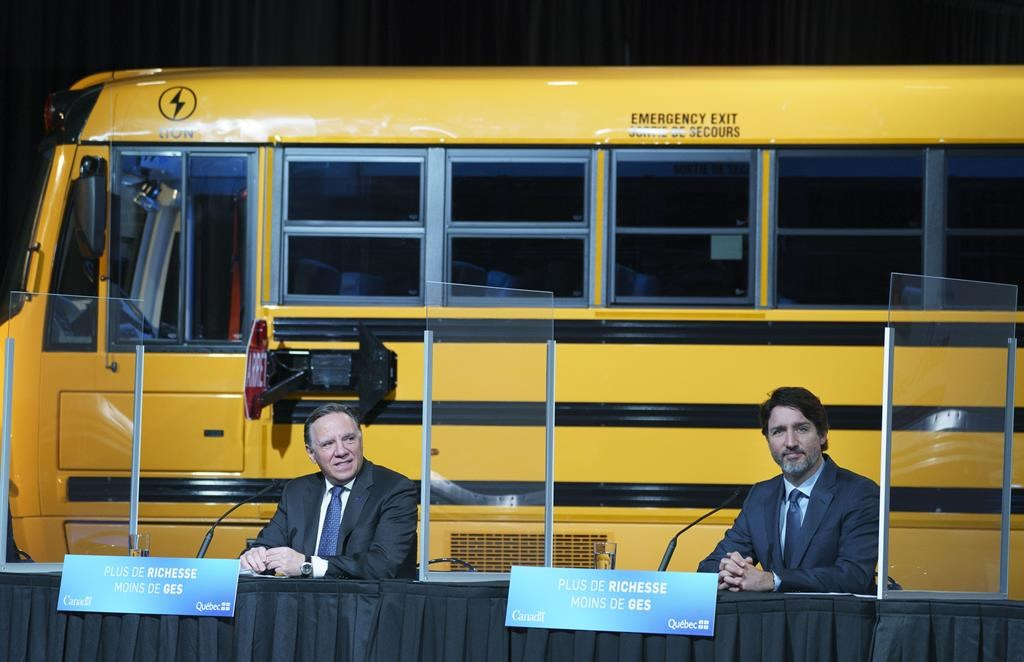 Lion Electric said the plant, which it plans to build near its headquarters in St-Jerome, Que., north of Montreal, will create 135 jobs once completed in 2023.

Prime Minister Justin Trudeau, who made the announcement alongside Quebec Premier François Legault, said it's a priority for his government to support the manufacturing sector and projects that will accelerate the electrification of the country's transport systems.

Lion Electric president and founder Marc Bedard told reporters that without the government assistance, the new plant would probably have been built in the United States. The company, he said, currently buys its battery cells and modules from other providers, and he said they represent 40 per cent of the cost of an electric vehicle.

"It's enormous," Bedard said of the cost.

With the new factory, the company will be able to design and build its own battery modules, he said, which will allow the company to control the shape of batteries, optimize them for different conditions and buy battery cells from any supplier.

"It will change a lot of things. First of all, the cost of the batteries will be a lot cheaper," he said, adding that the factory will allow Lion Electric to lower its prices and make electric vehicles more accessible. Lion Electric currently employs 465 people in its vehicle manufacturing facility.

Quebec and Ottawa will each provide $50 million, while Lion Electric will put $85 million into the project.

The funding from Quebec will come in the form of a loan, Economy Minister Pierre Fitzgibbon told the news conference. Up to $15 million will be forgiven in five years if the company meets certain conditions, while the rest will have to be repaid over 15 years, he added.

Up to 100 per cent of the federal portion could be forgiven if certain conditions are met, federal Innovation Minister Francois-Philippe Champagne said.

Legault said the announcement is good news for Quebec's economy and its efforts to reduce greenhouse gas emissions.

"We have the large majority of our energy coming from electricity, we don't produce oil in Quebec, so every time we switch from oil to electricity, we win, not only for the environment but economically," Legault said.