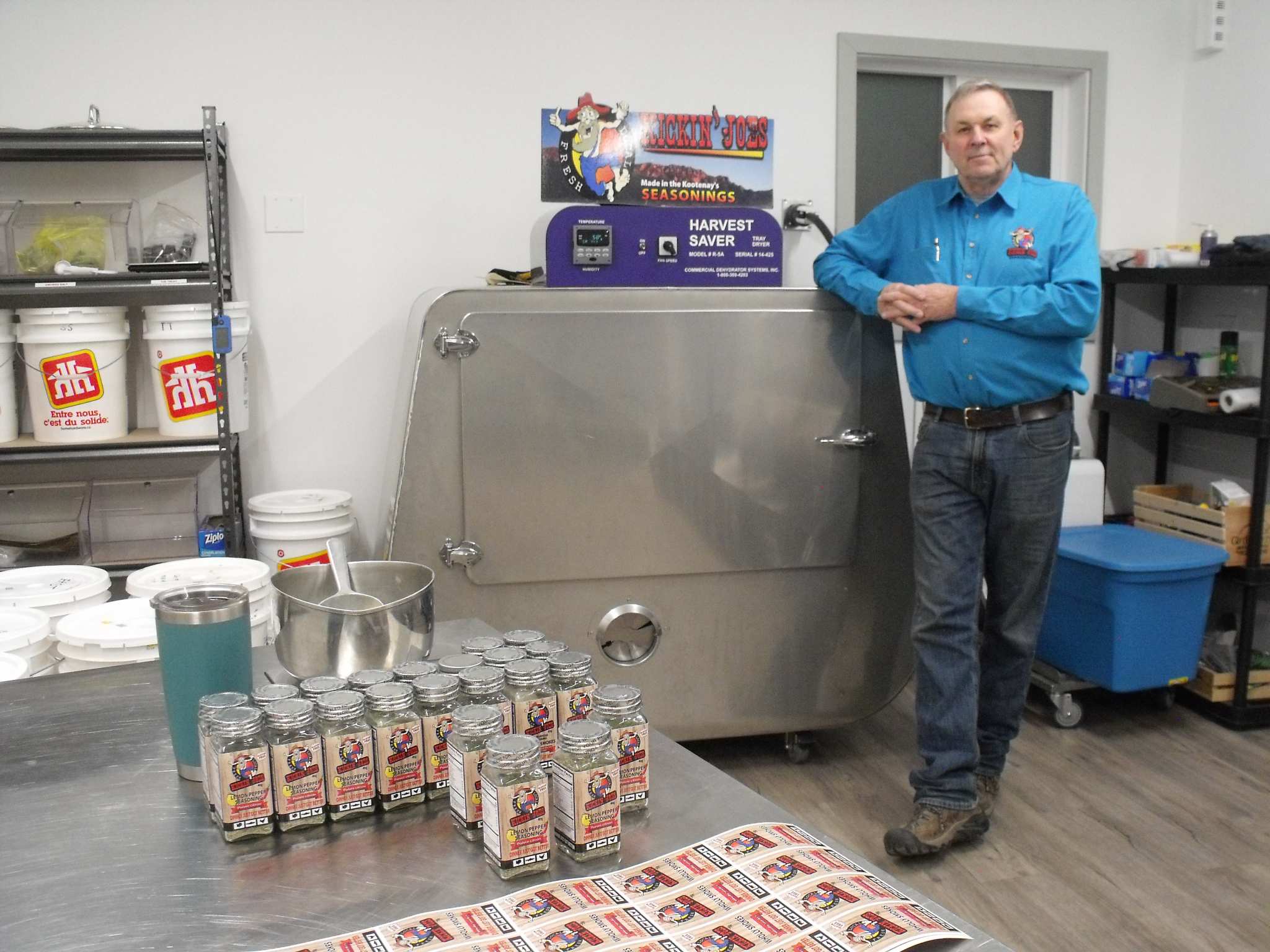 A dehydrator and a spice grinder are all it takes for Joe Roth to make apple flour — and save hundreds of pounds of apples from waste. Photo provided by Joe Roth
Previous story
Next story

A dehydrator and a spice grinder are all Joe Roth needs to turn 400,000 pounds of leftover fruit, commonly sold as pig mash, into flour.

Apple flour, as Roth calls it, can be used instead of sugar, giving a sweet, tangy flavour to anything from spice mixes to apple fritters. The Creston, B.C., owner of Kickin’ Joes Spice, a spice company that relies primarily on local ingredients, stumbled onto the idea during a fortuitous culinary experiment.

“The idea came from taking apples, and with the dehydrator, I’m able to take (them) down to a super dry state,” he said. “I thought if I can take (the apples) down to an ultra-dry state, I should be able to grind them and then … you’d basically have apple flour.”

It’s an elegant, partial solution to an endemic problem. Roughly 35 million tonnes of food are wasted in Canada each year, generating about 56.5 million tonnes of CO2 equivalent, according to a 2019 report by Second Harvest, an organization that redistributes otherwise wasted food to food banks and charities.

About 24 per cent of that waste — 660,000 tonnes — is created before food even leaves the farm. That can be because of anything: blemishes, low demand or labour shortages during harvest, like those that plagued farmers last fall due to pandemic-related travel restrictions.

That’s why Roth, who lives surrounded by farmers and orchardists in B.C.’s Kootenay region, had no trouble finding thousands of pounds of extra apples to make his flour. An orchardist in the region who makes apple cider was happy to give Roth the apple mash left behind after the cider was pressed instead of feeding it to pigs.

“He put (the bulk mash) aside for me daily, and I would bring it to my commercial kitchen and run it through the dehydrator” to see how much could be recovered, Roth explained. By the end of last summer, he had made roughly 700 pounds of apple flour and was selling it at farmers markets and to local bakeries.

“We mix (the flour) with our apples when we do our apple fritters,” said Nicole Blackmore, a baker at the Creston Valley Bakery. “Then we mix it with the dough, and it just makes it burst with flavour.”

She also uses the flour when clients place special orders for sugarless cakes and other baked goods, preferring it to imported alternatives like stevia. Roth adds the flour is essentially dehydrated apple sauce and would make an ideal food for small children.

Roth’s entrepreneurial approach is a shift in the world of food waste reduction and food recovery. Many food recovery programs focus on redistributing excess food to charities and food banks; critics argue that approach does little to deal with the root causes of food insecurity.

Apple flour, as its B.C.-based creator calls it, can be used instead of sugar, giving a sweet, tangy flavour to anything from spice mixes to apple fritters.

“Food waste is a product of a dysfunctional food system … but it is (often) presented as an answer to food insecurity, which is a function of … broken social safety nets,” Graham Riches, professor of social work at the University of British Columbia, told Canada's National Observer in a November interview. Ending food insecurity will take implementing policies that ensure people can earn enough or access adequate social supports to eat well, he explained.

Meanwhile, business that transform food waste into food like apple flour can help alleviate the environmental impact of excess food — and tap into a growing market for sustainable local foods, Roth said.

“There’s squash flour, there’s pumpkin flour. There’s more food that goes to waste in this valley than is consumed at times,” he said. “I think it’s got great potential.”

Ottawa wants your ideas on how to combat food waste

Wow! Going to see if I can

Wow! Going to see if I can get some.

Cool! Reminds me of Maple

Cool! Reminds me of Maple Leaf Spirits, near Penticton. They make mostly fruit brandies, and they use otherwise-waste fruit from local orchards too. Pretty good stuff.