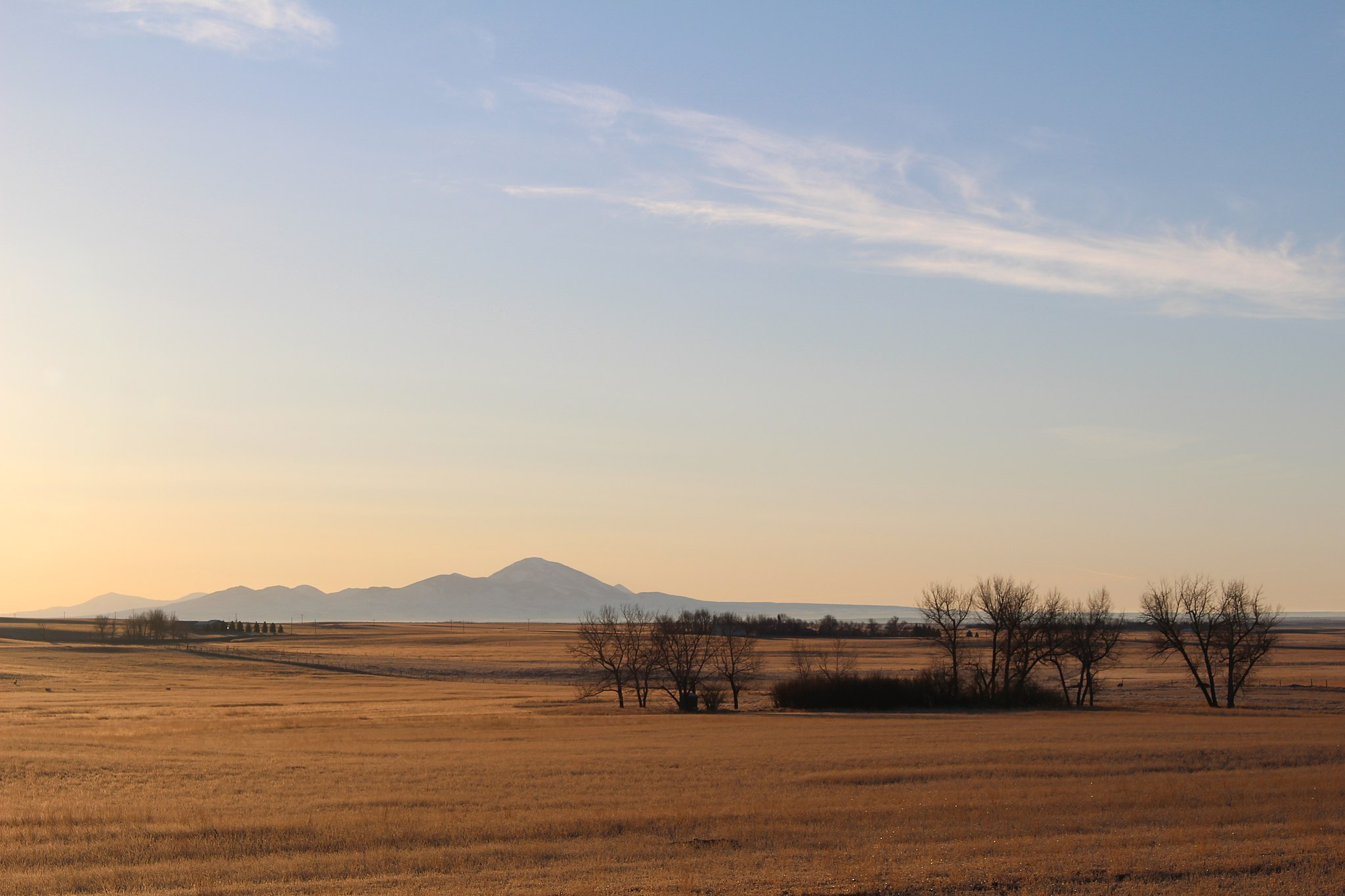 The federal government announced plans last week to create a carbon market where farmers using sustainable practices will be able to sell the carbon they sequester. Photo by Jonathan Koch/Wikimedia Commons
Previous story
Next story

Last week, the federal government announced plans to create a carbon offset system that would let farmers who adopt regenerative farming practices be paid for the carbon they sequester. The approach reflects growing interest by farmers and policymakers in the agricultural sector’s potential to help Canada meet its greenhouse gas emissions (GHG) targets under the 2015 Paris Agreement.

“The (system) will mean farmers can be recognized and rewarded for reducing GHG emissions on their farms by implementing practices that improve the carbon sequestered in their soil,” said federal Agriculture Minister Marie-Claude Bibeau in a statement.

Agriculture is responsible for about eight per cent of Canada’s GHG emissions, and poor soil health and the excessive use of nitrogen fertilizers — a byproduct of industrial agriculture — are the main drivers of these emissions.

Residue left in fields from excess fertilizer is broken down by microbes into nitrous oxide, a GHG roughly 300 times more potent than CO2. Other practices like tillage also contribute to emissions from farm fields.

Changes to more regenerative farming practices, or practices that enhance soil carbon and soil health, can significantly reduce or eliminate these soil emissions. For instance, cover cropping or no-till cultivation can help soak up excess nitrogen before it escapes into the atmosphere, explained Sean Smukler, a professor of land and food systems at the University of British Columbia.

Last month, a coalition of farmers asked the federal government to invest $300 million in the 2021 budget to help the sector rapidly transition to these more sustainable practices. Roughly a third of the proposed funding would go towards helping farmers work with agronomists to use less nitrogen fertilizer. The group also asked for supports to help farmers transition to using more cover crops and rotational grazing.

The proposed federal plan takes a slightly different approach, however. By adopting several regenerative practices simultaneously, it assumes that farmers can — in theory — transform their fields into net carbon sinks.

This additional sequestration capacity is what they could sell on the planned federal carbon market, with a few exceptions: Practices they adopted anyway because they made business sense without the carbon credit incentive or because of government supports will not be eligible for the program, Environment and Climate Change Canada noted in technical documents announcing the plan.

The specific list of practices, or "protocols," that farmers must adopt to participate have not yet been created, but will be drawn up by expert teams convened by the government. These will then be used as guidelines by independent companies that will verify whether farmers are actually implementing practices required under the guidelines — and thus, in fact, are sequestering carbon, the ministry noted.

“Politically, it sounds good that we’re doing (agricultural) offsets. But the reality is quite different,” said @vercammenJ, a professor of land and food systems @ubcLFS.

Alberta implemented a similar system in 2007. In the U.S., several companies work with farmers in that country to trade carbon credits through private sector marketplaces, while the European Union is also home to a handful of similar programs. Yet, despite being increasingly common, issues remain.

“It’s tricky,” said Jim Vercammen, a professor of land and food systems at the University of British Columbia, largely because the price of carbon is lower than the wholesale price for commodity crops.

That makes it difficult for farmers to justify implementing carbon sequestration practices beyond reduced tillage, already a common practice, or transitioning to more fuel-efficient vehicles. And since many would be doing this regardless of the carbon market, getting paid to implement them wouldn’t do much in regard to carbon sequestration.

For instance, farmers in the Prairies can, on average, reap several hundred dollars per acre for commodity crops like wheat, according to a January report by the Manitoba government. But under Alberta's carbon credit system — currently the only government-run system in Canada — they would only receive around $1.73 an acre for implementing more sustainable farming practices. Unless those practices don’t substantially impact farmers’ yields, implementing them makes little economic sense.

Moreover, intensive land use changes like planting trees or converting fields to grasslands are most effective at sequestering GHGs. But again, they only make economic sense if the price of carbon is higher than the commodity crop farmers would otherwise be growing in that spot. As the federal government develops its program, it will need to take these economic tradeoffs into account, Vercammen explained.

Furthermore, he noted the government’s longevity requirement — that regenerative practices be maintained on a piece of land for 100 years after a carbon credit was issued for them — will be “just crazy” to oversee.

“Who is ever going to be monitoring that a farmer is going to be committed to this for 100 years?”

What will likely happen instead is that the carbon credit’s value will be reduced to account for its possible impermanence. This is common with forest-based carbon credit systems, but it could further depress the price paid to farmers for their practice changes under the system.

The 100-year requirement might also make farmers speculate on the value of their fields' carbon sequestration potential by waiting to implement more regenerative practices until the price of carbon rises. It’s an approach that makes sense from a business perspective, but will do little in the short term to increase the amount of carbon sequestered by Canada’s farms, Vercammen explained.

Successfully navigating these issues will be key to the program's success, he said.

“Politically, it sounds good that we’re doing (agricultural) offsets. But the reality is quite different.”

Another example of how

Another example of how running government like a business subverts the public good. In the quest to maximize impact of funding (don't fund farmers who were going to do it anyway), the policy wonks focus on their mandate (division of labour) and undermine the whole venture. Some context:
a) (Truly) sustainable agriculture has a plethora of benefits -- increased soil fertility, improved water cycling, increased biodiversity all of which lead to increased adaptability and resilience to weather extremes and pests, not to mention reducing run-off pollution which is the main cause of algae blooms in the Great Lakes which threaten ecosystems and our drinking water. Only compensating for the carbon sequestration sells the sustainable ag strategy short by a long country mile.
b) Consequently sustainable ag provides a basket of benefits to human society and society should pay farmers for those services (rather than paying for cleaning up the Great Lakes as a consequence of current practices). See https://alus.ca/ for how one group is doing this.
c) Requiring practices need to be sustained for a century presumes the practices are right and complete; they are neither because of the piecemeal way they have been developed.
d) The robust way to do this is to find ways to measure results, e.g. increases in soil organic matter (sequestered carbon), improved water infiltration, increased biodiversity, and pay for results as they emerge. This pays for real benefits to society rather than paying for practices which will have variable benefits depending on how well they are implemented, how well they are maintained, and whether the practice made sense for that farm in the first place.
e) There are ways to measure results: I am part of pilot research measuring soil organic matter, water infiltration is easily measured, and most of Ontario's Species At Risk (SAR) birds can be found in my fields. Solutions are out there but the way government and industry are looking at the problem is a big part of the problem.
f) The article implies a false dichotomy of sustainable ag versus raising crops. "Grassland" isn't necessary unproductive land that could have raised crops -- it can provide hay or pasture for ruminants (cattle, sheep, goats).
g) The GHG benefits aren't just the reduced application of fertilizer. It takes a lot of natural gas to produce synthetic fertilizers and all of those GHG emissions are counted in the Energy sector, not the Agriculture sector.
h) The financial differential wouldn't be as big if the US abandoned its misguided ethanol strategy.

The strategy described in this article is just another instance of incenting laggard farmers to "farm the mailbox": doing things to get a government handout instead of doing things that make sense to the farmer. Consequently it is doomed to fail because those farmers will stop the practices as soon as the handouts stop.

Thanks to Marc for another good food & ag article.

I was reading that the

I was reading that the largest crop by acreage that America grows is grass. Apparently, this 'monoculture' is not only contributing to the decline of natural pollinators (like bees), but it also accounts for 5% of US air pollution and consumes 800 million gallons of gasoline annually. It seems to me that electric lawnmowers used to be quite common.. some of them even had 'cords' o: .. how lazy can we get?