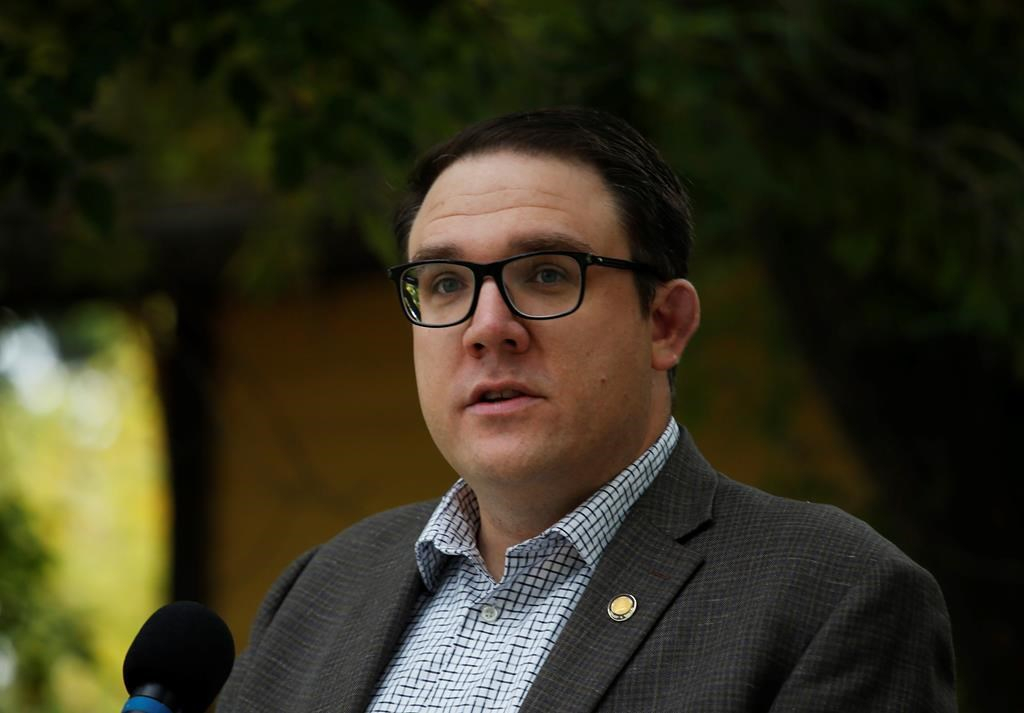 Alberta's environment minister is reassuring rural municipalities in the province's dry south that their water supply isn't threatened by industrial development such as coal mines.

"Alberta continues to have some of the most rigorous water licence rules (and) environmental rules when it comes to the protection of water," Jason Nixon told a Rural Municipalities Alberta convention.

Many communities in the southwest have expressed concern about the United Conservative government's plan to expand coal mining along the summits and eastern slopes of the Rocky Mountains, the source of much of the area's drinking water.

They have said they're worried about water demands from any new mines, as well as possible contamination from pollutants such as selenium.

On Tuesday, the convention passed a resolution with 85 per cent support calling on the province to ensure the region continues to receive adequate supplies of uncontaminated water.

"The government of Alberta has arbitrarily circumvented normal public consultation processes in favour of the development of a single industry at the expense of other industries, the aquatic environment and the citizens of Alberta," the resolution says.

"By doing so, the quality and access to water quantities could be put at serious risk."

The resolution also criticizes proposed changes in how water would be allocated from the Oldman River basin.

The government is proposing to open up allocations from the river, which would serve to make water once held in reserve potentially available to a coal mine project that is currently before an environmental review panel.

Although the government has paused the sale of new coal leases on protected land, drilling and road-building may continue on thousands of hectares of leases already sold.

Nixon, who did not take questions from reporters, said nothing's changed and all previous environmental legislation remains in place.

"There's nothing changing to the water process or the licensing process in that area. I know there are rumours that it is, but it is not.

"At the same time, we have to find balance to be able to make sure municipalities and job-creators have the water they need."

The resolution was co-sponsored by the Municipal District of Pincher Creek. Reeve Brian Hammond was skeptical about Nixon's response.

"At this point, I think it would be a bit premature to say nothing has changed," he said. "There's a whole range of questions."

He said people in his area are deeply concerned about water usage by coal mines. Much of the area is classified as semi-arid and farming depends on irrigation.

"For us, the key focus is that water allocation, and the quality and quantity of water, and where the mining is going to get that water from."

Hammond said one of the major irritants is the government's lack of consultation.

"One of the biggest things right from the beginning was the apparent lack of consideration. The opportunity was not provided."

The province has promised to seek public input starting March 29, but no details have been released.

Earlier this week, Energy Minister Sonya Savage said consultations will include an option for no mining at all.

Hammond notes Pincher Creek isn't alone. A count done for the town of High River found at least 28 municipalities — including Alberta's four largest cities — have written to the province expressing some level of concern.

"There's been a fairly dramatic rally among jurisdictions up and down the eastern slopes who have a common concern. Surely, government can't ignore that."

This report by The Canadian Press was first published March 17, 2021

Clearly, Mr. Nixon is one of

Clearly, Mr. Nixon is one of the most willfully ignorant political talking heads in recent Alberta history. There is a well- documented relationship between mountain coal mine rock dumps and selenium contamination of surface water. Additionally, re-allocating water in a basin where water has been fully allocated for a long while should quite rightly concern those that rely, critically so, on an adequate supply of high quality water. I don’t ever recall political bullshit having flowed so freely as it does from the mouths of our current premier and provincial cabinet.

Alternate headline: "Alberta's environment minister lies like a rug". Of course that wouldn't exactly be news for any minister in the Alberta government.