A nation dispersed: The Tlowitsis lay foundations to rebuild community 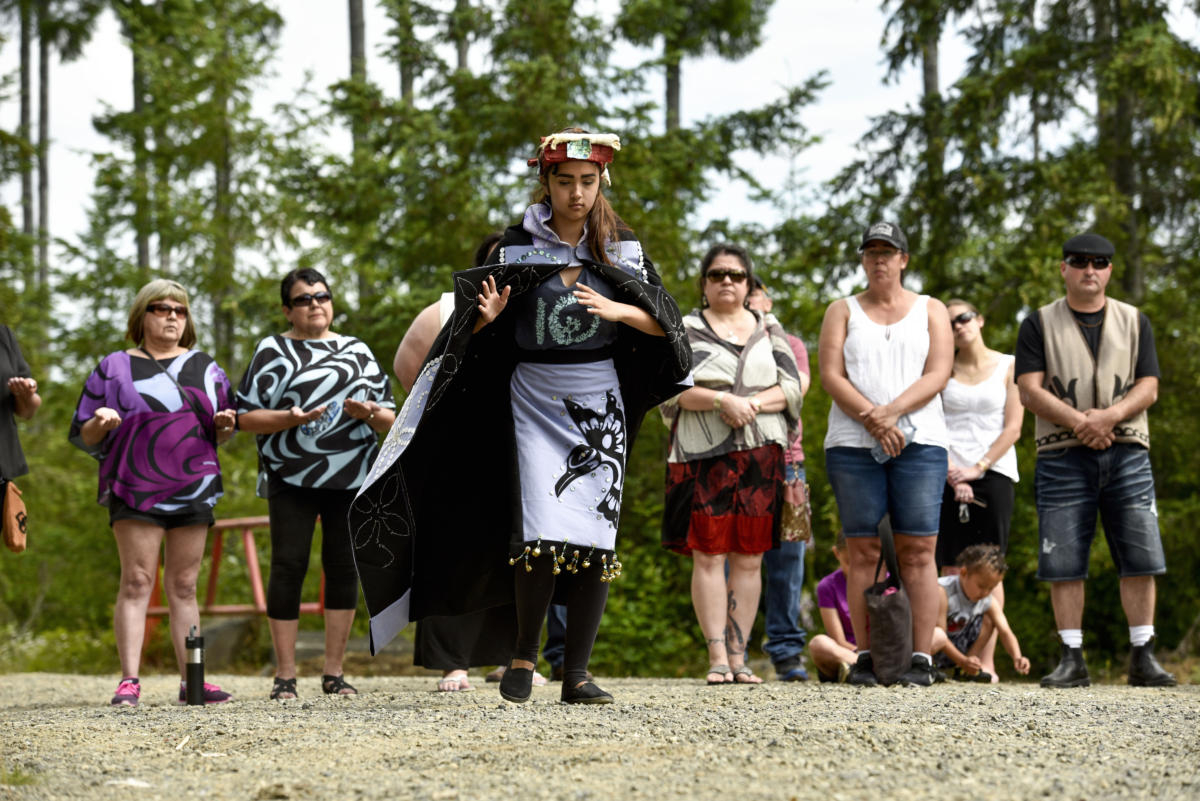 A young dancer performs at a blessing ceremony for Nenagwas, a future home for the Tlowitsis First Nation displaced from their village close to half a century ago. Photo by Joshua Berson
Previous story
Next story

Displaced from their traditional territories and scattered across Vancouver Island and beyond for more than 50 years, the Tlowitsis First Nation is on the cusp of breaking ground on a home for its people.

Chief John Smith and his brother, Thomas, a councillor, hope to finally begin work on a new village for the Tlowitsis after a decades-long search and the 2018 purchase of land south of Campbell River from a logging company.

Called Nenagwas — "a place to come home to" — the 257-hectare parcel will act as the nation’s new reserve and as a foundation to rebuild the nation’s sense of community and connection to their culture, language and tradition.

The Tlowitsis have been searching for land to establish a new community since the 1980s, said Chief Smith, adding it’s increasingly urgent to establish Nenagwas.

At least two generations of the Tlowitsis diaspora have been dispossessed of the social, cultural and physical links to their wider community and culture, he said.

There are fewer and fewer elders like himself who grew up in the village — connected by shared traditions and the Kwakʼwala language — and who can pass that knowledge on, said Chief Smith.

“It's that pressing,” the chief said.

“Our people are just hungry to come back to where they can relate to their kind, their families and their language and culture, in that way.

“Some of them have never even been to the village that I grew up in,” he added.

Displaced from their traditional territories and scattered across Vancouver Island and beyond for more than 50 years, the Tlowitsis First Nation is on the cusp of breaking ground on a home for its people.

The exodus of the community from the main village of Kalagwees, located on Turnour Island off B.C.’s isolated central coast, began in the 1960s after the government decided to shut the community’s only school, said Chief Smith.

The lack of employment and cancellation of the hospital ship service to the island, accessible only by boat or air, only sealed the community’s fate.

“People didn’t want to have to send their kids to residential school, so they left,” he said.

“Everybody was pretty much gone by the '70s,” he said, adding he was lucky enough to come back in the summers to fish with his dad until he was in his late teens.

But returning to the remote traditional village site isn’t feasible if the Tlowitsis want a sustainable future that includes access to education, medical services and employment, Chief Smith said.

“We can’t pull people back into the '50s and '60s, and the village (site) couldn’t support the demands we have now,” he said.

The detailed design of the infrastructure needed to develop Nenagwas is underway, and land clearing will begin in July or August, said council member Thomas Smith.

“I'll be excited about seeing that first machine start clearing the property,” said Smith. “I'm bringing my video camera, so I can share it with our members.”

It will likely take two years of construction to lay all the infrastructure the community needs before any housing is built, he added.

“We're basically building our own brand-new municipality, as it were,” said Smith, adding the plan has to cover off things such as utilities, a state-of-the-art wastewater treatment facility and firefighting infrastructure.

Approximately 100 lots will be developed in the first of three phases, with full build-out likely occurring over 30 years, Smith said.

In addition to housing, the village will have an administration office, council hall, recreational sports area and a day school for young children where Kwakʼwala language immersion can take place, he said.

“Chief Smith and I have always had the idea that we are doing this for our children — our new ones that aren’t even born yet,” Smith said.

“So we can provide them with the opportunity we had and give them connection to the roots of their culture and their history.”

Meet Marilyn James, a warrior and matriarch for the Sinixt Salish Peoples