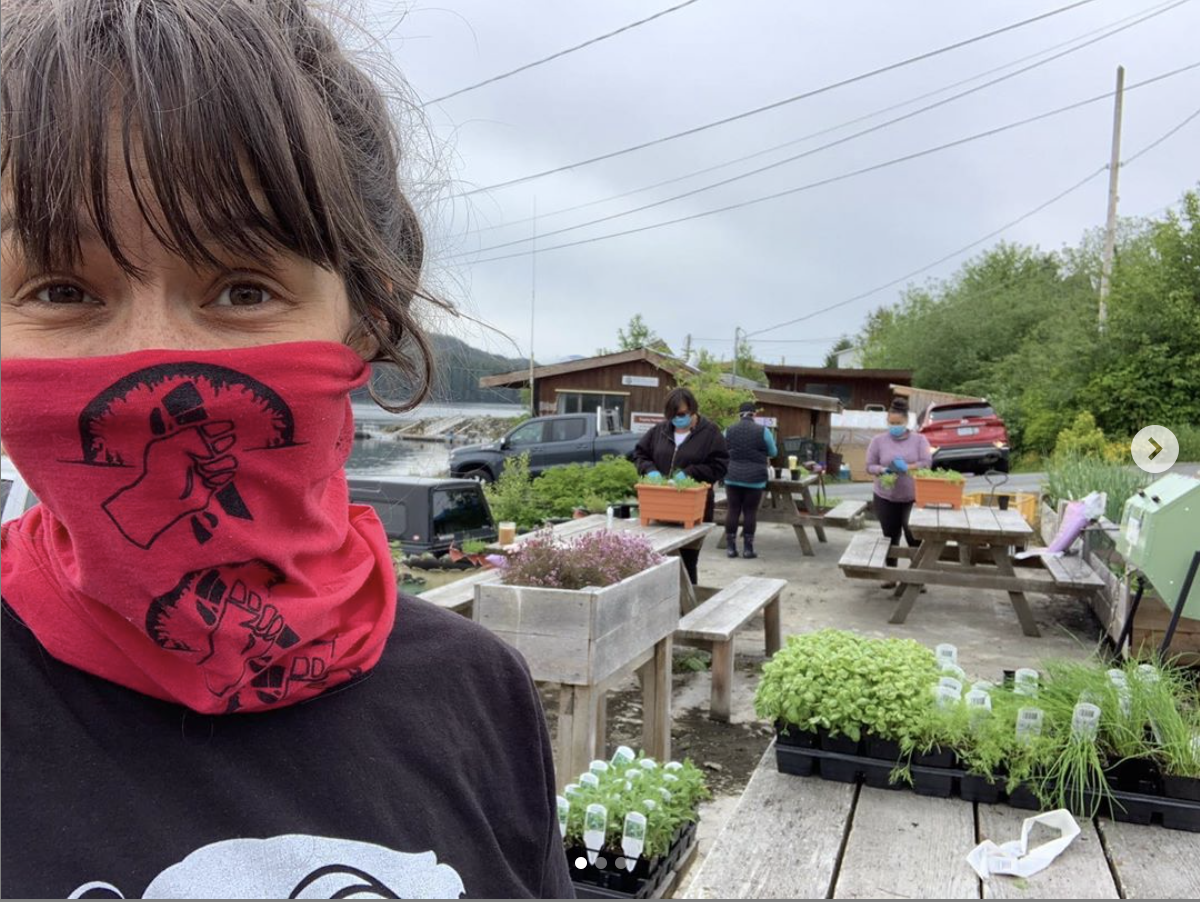 As a kid, Delbert Good remembers that he would come home from a day of picking potatoes to find a meal made from the fruits of his family’s garden.

“While I was growing up, we were pretty self-sufficient,” said Good, economic development officer for the Gitanyow Band and a lifelong resident of Gitanyow, a community northeast of Terrace, in northern B.C.

“We had garden plots everywhere. Our family stuck to growing potatoes — we had about 100 rows of potatoes every year — but everybody shared in the community and everybody had their own strengths when it came to growing vegetables.”

Not anymore. In the past hundred years, a suite of colonial policies suppressed traditions that were essential to many Indigenous people’s access to food, including agricultural ones that were practised for generations. For Good, reawakening them could help pave a better-fed future for his community.

About 17 per cent of households in northern B.C. were food insecure before the pandemic, according to the province’s Provincial Health Services Authority. The area around Gitanyow is particularly hard hit: about 27 per cent of the population in the census area is classified as low-income by Statistics Canada, with poverty the driver of food insecurity.

The region is also a 15-hour drive from Vancouver, the distribution hub for roughly 78 per cent of the province’s food. That distance means that the food on grocery store shelves — particularly produce — is expensive and of low nutritional value when compared to urban centres further south.

This year, the pandemic exacerbated the problem. Disruptions in global supply chains and high demand for some products emptied local grocery store shelves and highlighted a need to revitalize the community’s self-sufficiency.

“In history, when they had stock market crashes and droughts and stuff like that, it never really affected the First Nations because they were used to living off the land,” Good said.

That doesn’t surprise John Lutz, a professor of history at the University of Victoria who has studied Indigenous agriculture in the province.

“We had generations where that sense of connection to certain ancestral food was ... attacked and that is tragic and unfortunate, but I believe that that knowledge is still in us and that we can wake it up again,” says @jesshousty.

“There was an agriculture here that wasn’t immediately recognizable to Europeans,” he explained. For instance, Coast Salish people on the province’s south coast used controlled burns to maintain camas and wild potato plantations, but these well-tended clearings weren’t recognized by early Europeans as cultivated fields. As more Europeans arrived in present-day B.C., those practices started adapting to a new import: potatoes.

“Indigenous people found that potatoes grew well just about wherever they’re planted. They very quickly adopted potatoes and at Fort Simpson (present-day Lax Kw’alaams), the Tsimshian and the Haida sold … thousands of bushels (of potatoes) to Europeans.”

The potato trade wasn’t limited to the north coast. Lutz said communities from southern Vancouver Island to Alaska picked up the potato trade and usually grew them in fertile and moist pockets of land scattered across their territories.

That trade came to a halt in the late 1800s when the Canadian government started forcing Indigenous people onto miniscule reserves. And because the potato patches were rarely recognized as such by the white surveyors who mapped reserve boundaries, most were left out. The reserve system also made it difficult for Indigenous people provincewide to profitably practise European-style agriculture — like ranching or crop farming — because most of B.C.’s water rights had been stolen by settlers and reserves were rarely large or fertile enough for farming.

While the reserve system and other federal policies made farming commercially almost inaccessible to most Indigenous people in B.C., growing food was still a widespread practice, Lutz explained.

“In the early 20th century, you see a lot of extensive kitchen gardens, people who are living out of their gardens. In part, this is an economic necessity. Indigenous people in large parts of the province didn’t have much access to the cash economy,” he said.

“They would take much of their food off the land in terms of hunting and their kitchen garden if they could. And, of course, like white settlers, they would preserve food for the winter. They would can their peas and preserve their vegetables and have root cellars, and so on.”

Racist policies prevented Indigenous people from entering many industries, everything from law to hospitality. Jobs in industries that had once been key employers, like fishing and forestry, were becoming automated, a combination of policy and economics that pushed many First Nations out of the workforce. And at the same time, increasingly strict hunting and fishing regulations crafted and imposed without consultation made subsistence harvesting difficult.

These are issues Good hopes next year’s community agricultural training program can help resolve — and that a similar program in the Haíɫzaqv (Heiltsuk) community of Bella Bella on B.C.’s central coast has been successfully addressing for several years.

In 2017, the Qqs (Eyes) Projects Society, a Haíɫzaqv youth- and family- focused non-profit, started a community garden in the 1,400-person town, which is only accessible by sea or air.

The project was a big success, said ‘Cúagilákv (Jess Housty), the organization’s executive director, especially this year: Due to the pandemic, the organization decided against making a single communal garden, and instead distributed gardening supplies to households and taught them how to grow food in “grannie gardens.”

“This year, we supported over 100 households,” she said. “And in a recent community food security assessment we conducted, we learned that a third of households in Bella Bella are growing a portion of their own food and another third of households really want to start next year.”

It’s a level of interest that isn’t only driven by food, she explained. Growing food is also good for mental health, particularly when people are facing uncertainty related to the pandemic or other factors out of their control. Nor is the practice new.

“I really want people to understand that gardening is actually a Haíɫzaqv ancestral practice … We wanted to remind people that our people have a long history of nourishing themselves through their deep knowledge of plant systems and the climate where they live, and how all things around them interconnect,” she explained. A connection actively undermined by federal policies to assimilate Indigenous people across the country.

“We had generations where that sense of connection to certain ancestral food was really deliberately attacked and that is tragic and unfortunate, but I really strongly believe that that knowledge is still in us and that we can wake it up again,” she said.

Responsible journalism requires balance.
This is far from responsible journalism.
In order to have any credibility with an audience beyond those looking for confirmation bias, National Observer must do a far better job of screening articles and presenting other viewpoints.