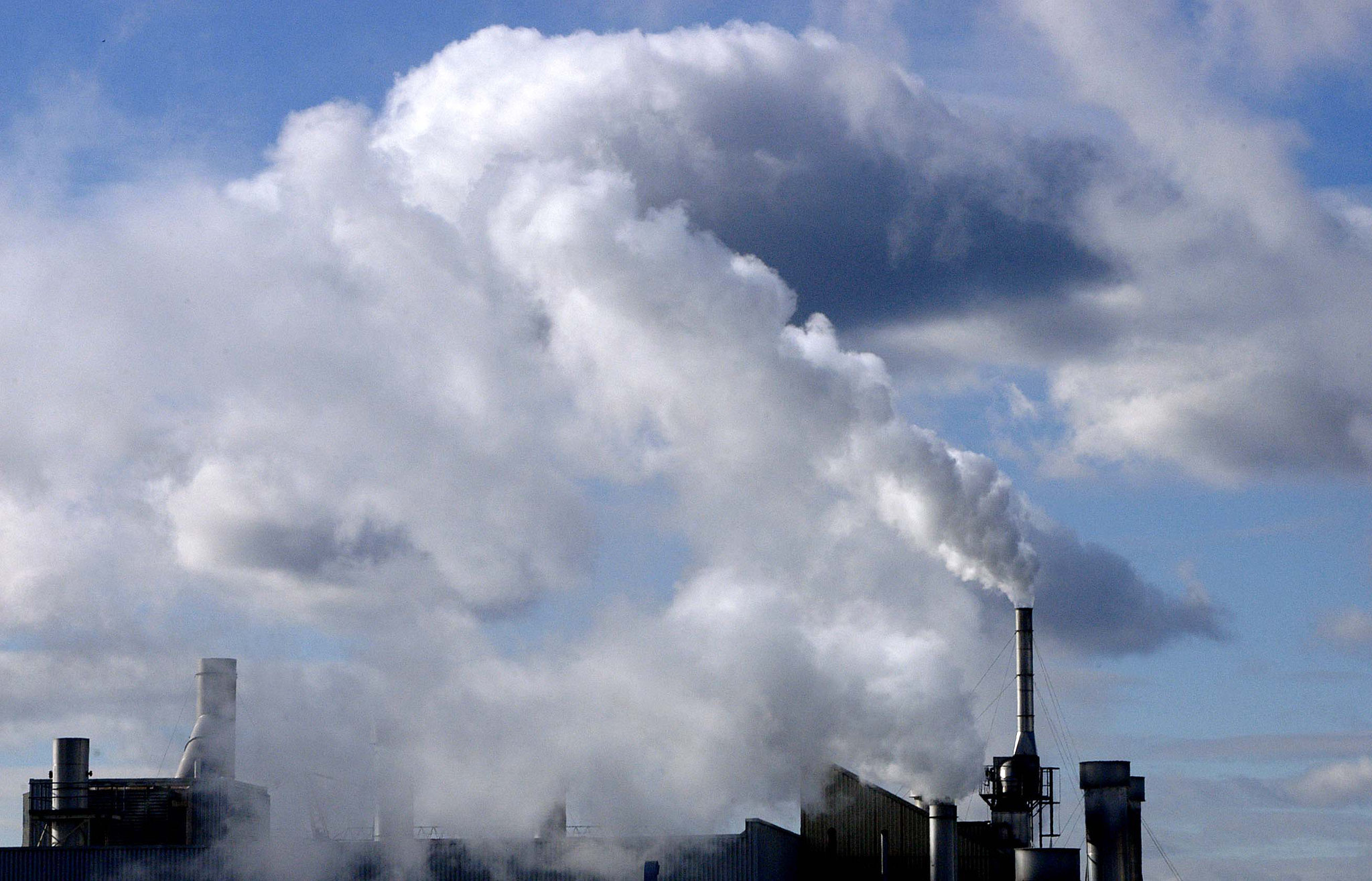 Air pollutants have cost Canada $120 billion per year, according to recently released figures from Health Canada, a toll that roughly equals the value of all oil and gas exports.

The health burden from pollutants in the air that come from industrial activities like oil and gas extraction, mining, manufacturing, construction, and transportation — as well as natural events like forest fires — contributed to 15,300 premature Canadian deaths in 2016, the most recent year figures are available.

Air pollutants are harmful chemical compounds like nitrogen dioxide and particulate matter that come out of factory or power plant smokestacks or vehicle tailpipes when those sources burn fossil fuels. Ground-level ozone, the main ingredient in smog, is also an air pollutant.

A significant body of scientific evidence over the last two decades has linked exposure to air pollutants with health effects like respiratory problems, diseases like lung cancer, heart disease or stroke, and premature death. The World Health Organization has found that air pollution is the 11th-largest risk factor for premature death in Canada.

In addition to deaths, the department found that air pollution was tied to 35 million acute respiratory symptom days, 2.7 million asthma symptom days, and 8,100 emergency room visits in Canada during the period it studied.

The total economic cost of all health impacts from air pollution was calculated to be $120 billion, expressed in 2016 dollars, equivalent to about six per cent of Canada’s GDP that year. By comparison, oil and gas domestic exports totalled roughly $122 billion in 2019, according to Natural Resources Canada.

The figures are contained in Health Canada’s study “Health Impacts of Air Pollution in Canada: Estimates of morbidity and premature mortality outcomes” published on March 15 on the department’s website. The study draws from 2016 population data and scientific research from 2014 to 2017.

Health Canada scientists combined measurements of air pollution at ground level with satellite and other technical data, as well as computer model simulations. The exposure estimates account for what is known as background concentrations, or the known baseline of air pollution levels in remote areas.

Computer models can estimate how a certain increase in particulate matter, for example, is connected with a certain per cent increase in the risk of premature death or other health outcomes. Scientists then attach values to certain health consequences — things like lost workplace productivity or medical costs.

Across Canada, the largest air pollution impacts corresponded with the most populous provinces and those with the largest emissions sources: Ontario with an estimated 6,600 premature deaths; Quebec with 4,000; British Columbia with 1,900; and Alberta with 1,400.

Air pollutants have cost Canada $120 billion per year, according to recently released figures from Health Canada, a toll that roughly equals the value of all oil and gas exports. #Pollution #Health

“Some of the highest air pollution levels in Canada are found in the southern regions of Ontario and Quebec, which include the highly populated and industrialized Windsor-Quebec City Corridor,” reads the study.

But higher rates of premature deaths are not only the result of population centres, Health Canada cautioned. “They reflect a combination of environmental factors, age distribution and demographic characteristics, including higher pollution levels and baseline incidence rates.”

Areas with large amounts of wildfire smoke, for example, such as British Columbia, Alberta, Saskatchewan and Manitoba, have higher exposures despite some regions having lower populations.

Dust, mostly from activities related to construction, as well as agriculture and residential wood burning all contributed to particulate matter exposure. Such exposure to particulates can lead to asthma, bronchitis, and heart attacks.

Meanwhile, nitrogen dioxide, which is formed mostly through the burning of fossil fuels, came from transportation sources like cars and trucks, followed by emissions from the oil and gas industry and electric power generation.

Short-term exposure to nitrogen dioxide hurts the lungs and inflames the airways, while long-term can increase the risk of respiratory infections.

“Upstream oil and gas industry and marine transportation are the sectors where (nitrogen dioxide) emissions have increased in recent decades, which can be attributed to expansion and growth in activity,” the study said.

In media awareness education, we used the phrase , " to the fish, the water is invisible" to describe how hard it is to see their immersion in propaganda by a subjected population.

Canadians can not see that we have been absorbed (through the mechanism of NAFTA) over the last 30 years into the American Empire ,economically and socially by increment till we are now a complete VASSAL CLIENT state to the neo liberal madness of greed, destruction of the natural world and elimination of state institutions to regulate business and foster citizen well being.
The decent country with robust social programmes I grew up in before 1980 does not exist now and we are gas lit by the libs and cons to say it still does exist for citizens. It is not working on the under 30s thank god, cause, who are you going to believe: the propaganda of government and media or your lived experience? ( trick question that)
Our captured by fossil, petro state behaviour is completely obvious to anyone outside the current Canadian media bubble.
How do we fight back other than by direct action? ( another trick question)

The other demographic not

The other demographic not mentioned is income. Lower income families tend to be concentrated in areas of higher air pollution, i.e. living or working near expressways and higher greenhouse-gas emitting industries. As a result, they suffer from higher rates of respiratory disease and they may not be able to afford medications to treat the associated illness. Like COVID-19, we may all be at sea but we're most certainly not together in the same boat. Air pollution places additional stress on already vulnerable populations. It's one more example of the wealthier prospering at the expense of the poor.