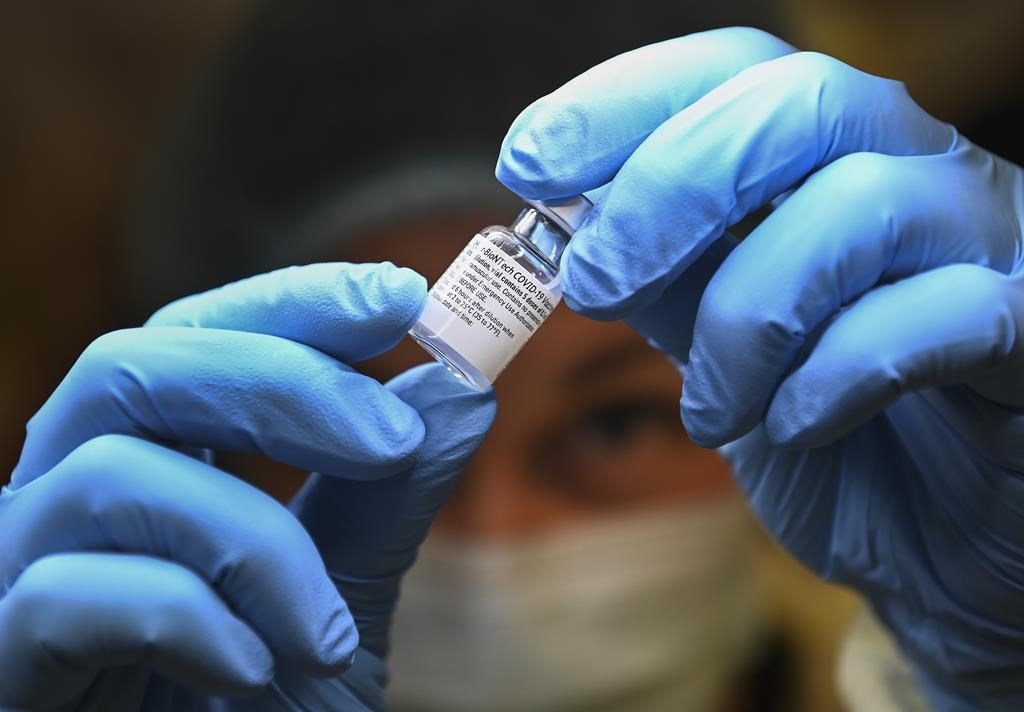 Canada is scheduled to receive a flood of new COVID-19 vaccine doses this week, with around 3.3 million shots due for delivery from different pharmaceutical companies over the coming days.

The expected influx would mark the single-largest week of deliveries into Canada since the start of the pandemic, thanks to planned shipments from three different sources.

The Public Health Agency of Canada says Pfizer and BioNTech are scheduled to ship nearly 1.2 million doses this week, as the two companies continue pumping out shots at a rapid pace.

The federal government is also expecting around 1.5 million doses of the Oxford-AstraZeneca vaccine from the United States on Tuesday, which will arrive by truck and represent the first to come from south of the border.

Canada’s vaccines to date have all come from Europe, with the exception of 500,000 AstraZeneca doses from India earlier this month.

The government also says Moderna will make good on its promised delivery of 600,000 shots this coming Thursday, which is about a week later than expected.

Moderna was supposed to have shipped around 846,000 shots to Canada last week, but only a fraction was actually delivered due to what the company and government have described as a backlog in its quality-assurance testing.

The anticipated flood of new vaccine doses comes as the federal government reported Canada having received more than six million doses as of last week, which was several days earlier than anticipated.

Of those, more than five million had been administered as of Sunday afternoon, according to covid19tracker.ca. More than 11 per cent of the population has now received at least one dose.

The vaccination campaign is continuing amid mounting concerns about a deadly third wave of the COVID-19 pandemic, as variants of the virus continue to spread through different parts of the country.

The federal government is also watching as the European Union and India look at restrictions on exporting vaccines produced within their borders.

“We are closely monitoring the global environment, including export restrictions in a number of jurisdictions,” Public Procurement Minister Anita Anand said on Friday.

“Our officials across numerous departments as well as our suppliers are working ahead of time to ensure that Canada's vaccines continue to arrive in our country.”