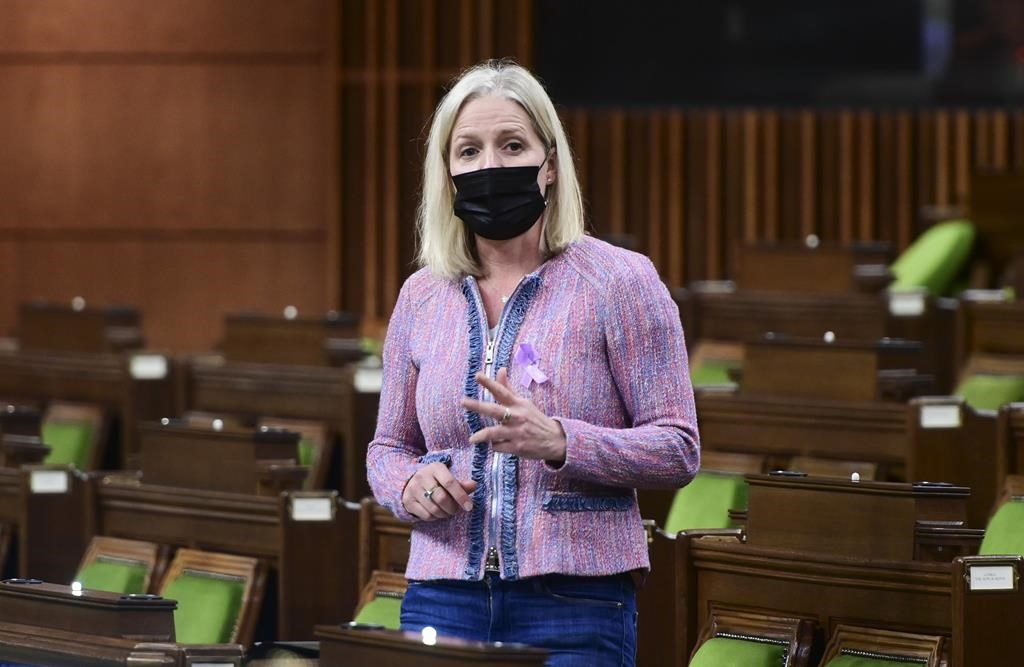 Minister of Infrastructure and Communities Catherine McKenna rises during question period in the House of Commons on Parliament Hill, in Ottawa, on Friday, March 26, 2021. File photo by The Canadian Press/Sean Kilpatrick
Previous story
Next story

The Liberals are setting aside $250 million over five years in a dedicated fund for rural transit.

McKenna says the government needs to make sure that transit funding considers rural communities, and is not solely focused on how to get people around major urban centres.

Rural communities often don't lend themselves to traditional mass-transit bus and subways systems, with more sparsely populated areas and residents who may travel out of town for work or school.

McKenna says there are some creative transit solutions that have caught the government's attention, from app-based on-demand services to ride-sharing arrangements.

"There are examples of clear opportunities and I think that we have to be innovative," she said in an interview.

"It's really looking at those opportunities, which can also be cost-effective, but provide better service."

McKenna said the effects from the pandemic will mean that federal infrastructure dollars will also need to more quickly fund projects to keep rural communities competitive.

"In some of these communities, if you don't have good transit, it's a real disadvantage," she said.

"I hear from mayors. They say it's a disadvantage to attract investment because people want to go where you have good public transit, you're able to get around."

The funding being announced Monday is part of $15 billion in planned transit spending over eight years, the details of which the Liberals have rolled out over the past few weeks.

The Liberals are promising billions in permanent transit funding as part of a post-pandemic recovery, including $3 billion annually in a transit fund starting in five years.

There are expectations that the government will roll traditional infrastructure spending into its upcoming budget to help with an economic recovery from COVID-19.

The Liberals have a $188-billion, 12-year infrastructure program, about half of which is funding created by the previous Conservative government, that the government hoped would aid in economic growth.

Last week, the federal auditor general warned that holes in reporting and delayed spending put the overall program at risk of falling short of its goals.

"There's more we can be doing and I think there are lessons learned," McKenna said of the report. "Every taxpayer dollar has to get multiple outcomes, and that is more important than ever."