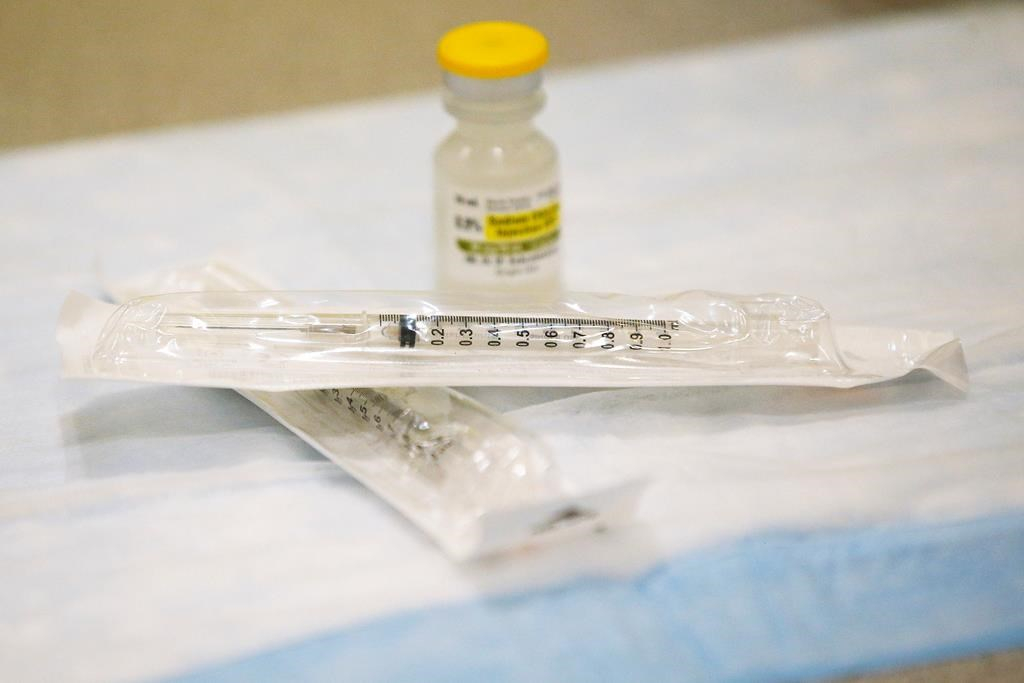 Manitobans got a look at the province's new COVID-19 vaccination centre at Winnipeg's Convention Centre on Jan. 1, 2021. File photo by The Canadian Press/John Woods
Previous story

The owner of a newspaper in Saskatchewan has apologized for an editorial that compared COVID-19 restrictions to the Holocaust.

Glacier Media says in a statement that the March 24 editorial published in Moose Jaw Today did not meet editorial standards.

The piece was written by senior editor Joan Ritchie and published online as well as in print newspapers in the southern Saskatchewan city of about 34,000.

Ritchie questioned the number of deaths attributed to COVID-19.

She also wrote that restrictions were a reminder of the Holocaust and asked whether lockdowns would lead to internment camps.

The piece received significant backlash online, including from NDP Opposition Leader Ryan Meili, who is a medical doctor.

“Comparison of evidence-based public-health measures to the Holocaust like the opinion recently expressed in the @MooseJawToday are deeply inappropriate and offensive,” Meili tweeted on Sunday.

Moose Jaw Today has removed the editorial from its website. An archived online version is accessible.

Ritchie mused in the editorial whether COVID-19 restrictions were federal and local governments imposing “their biases against worship to a higher being — God?”

The owner of a newspaper in #Saskatchewan has apologized for an editorial that compared #COVID19 restrictions to the #Holocaust.

A disclaimer included with the editorial said the opinions were those of the author and do not necessarily reflect the position of the publication.

The number of variants of concern in Moose Jaw has been surging. The Saskatchewan Health Authority has issued several warnings for the area and mobile testing has expanded.

Elementary and high-school students in Moose Jaw moved to remote learning Monday after the increase in infections.

— By Kelly Geraldine Malone in Winnipeg