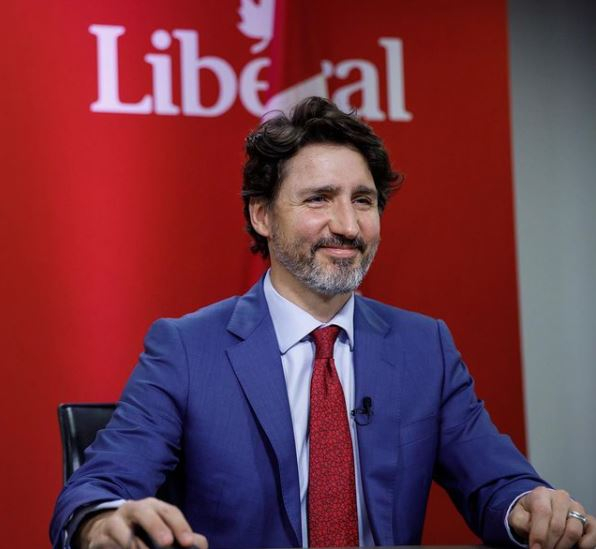 Endorsing a Green New Deal would send a signal to supporters of other parties that the Liberals are serious about climate action, delegates were told Friday at the federal party’s convention.

The governing Liberal Party’s national convention is taking place virtually through April 10, and attendees are discussing a number of proposals dealing with energy and the environment.

On Friday, a series of policy workshops were held where members had a chance to suggest amendments to proposals before they head to the convention floor for a main vote.

One proposal discussed during a Friday afternoon workshop, put forward by the B.C. chapter of the party, would urge the government to implement “Canada’s Green New Deal” via a “10-year national mobilization” plan.

The approach would see “clean air and water,” “healthy food” and “access to nature and a sustainable environment” secured for “all Canadians,” among other priorities.

“I think this resolution presents a real political opportunity for our convention,” said a speaker from the riding of New Westminster-Burnaby, who introduced the proposal to workshop attendees, numbering about 240 by the end of the session.

“It presents an opportunity to send a message that is in stark contrast to the message that the Conservatives sent to Canadians just weeks ago, when headline after headline said Conservatives don’t believe in climate change, and (Conservative Leader Erin) O’Toole has lost control of his party.”

The Conservative Party of Canada held its convention in March, where a majority of voting delegates voted against a motion to declare "climate change is real.” Multiple speakers came out against that proposal at the time, complaining about a “big-government, costly policy” or advancing unproven theories about the polluting nature of greenhouse gases.

Before the vote, O’Toole gave a speech saying the party needed to embrace climate action for its own political survival. After the Conservative convention, when pressed about the outcome of the vote, the Tory leader reiterated his position that the party would present a plan to tackle climate change anyway, stating, "I'm the leader, I'm in charge."

New Westminster-Burnaby is held by NDP House leader Peter Julian. That party’s riding association is also proposing its own Green New Deal resolution at the NDP's convention that is happening in parallel. Julian has a private member’s motion on the issue that the NDP resolution would also support.

Endorsing a Green New Deal would send a signal to supporters of other parties that the Liberals are serious about climate action, delegates were told Friday at the party’s convention. #Cdnpoli

“The message that our (Liberal) convention will send to Conservative voters, to NDP voters, to Green voters, to Bloc voters, and most importantly to all Canadians, is that the Liberal Party is doing something about climate change, and the Liberal Party will not leave our children to deal with this mess 20 years from now to preserve some unjust status quo,” said the Liberal speaker from the riding.

The federal government is not under any obligation to implement a Green New Deal should the party end up voting in favour.

When the workshop opened up for questions, one commenter said he lived in Vancouver Quadra, home of Digital Government Minister Joyce Murray, and was involved in the September 2019 climate strikes that sprung up in the city around the time of the federal election campaign that year.

“When I talk to my friends, being a Liberal, they basically think we’re the same as the Conservatives,” said the commenter. “And so I think it’s super important that we send this strong message, in that we’re already doing this, and put our policies in a framework that is palatable to young people and progressives.”

The Green New Deal as proposed by B.C. Liberal members would achieve net-zero emissions by 2050 “through a fair and just transition.” The federal government has also committed to net-zero by 2050.

Another commenter asked if the proposal could be changed to achieve net-zero emissions by 2030 instead, “to get some change going before it’s too late for my generation.” The proposal’s promoter said it was already quite ambitious and hinted at a “consultation process that’s involved in creating the consensus around a resolution like this.”

The speaker said addressing climate change was the “economic, social and political issue of our time,” and that the Green New Deal wasn’t a specific policy, but a “set of goals” and an “imperative that broad consultation occur immediately” towards the 10-year plan.

“The goal is net-zero emissions, through what many have described as a third industrial revolution. Interprovincial grids, renewable energy subsidies, job programs, carbon capture — all of the solutions ... all ought to be on the table at this stage,” he said.

“And this policy’s objective also calls for a just transition that recognizes historically disadvantaged and oppressed people are more likely to feel the negative impacts of climate change.”

During the workshop, attendees also discussed a number of other proposals. One would direct the government to facilitate negotiations and funding towards the creation of a “northern interprovincial electrical grid” and ensure sustainable electricity to “all regions of Canada” through a new agency.

Another proposal would develop a “Canadian-made tax incentive plan” to encourage “large corporations” to invest in renewable energy sources.

Green New Deal up for debate at Liberal, NDP conventions