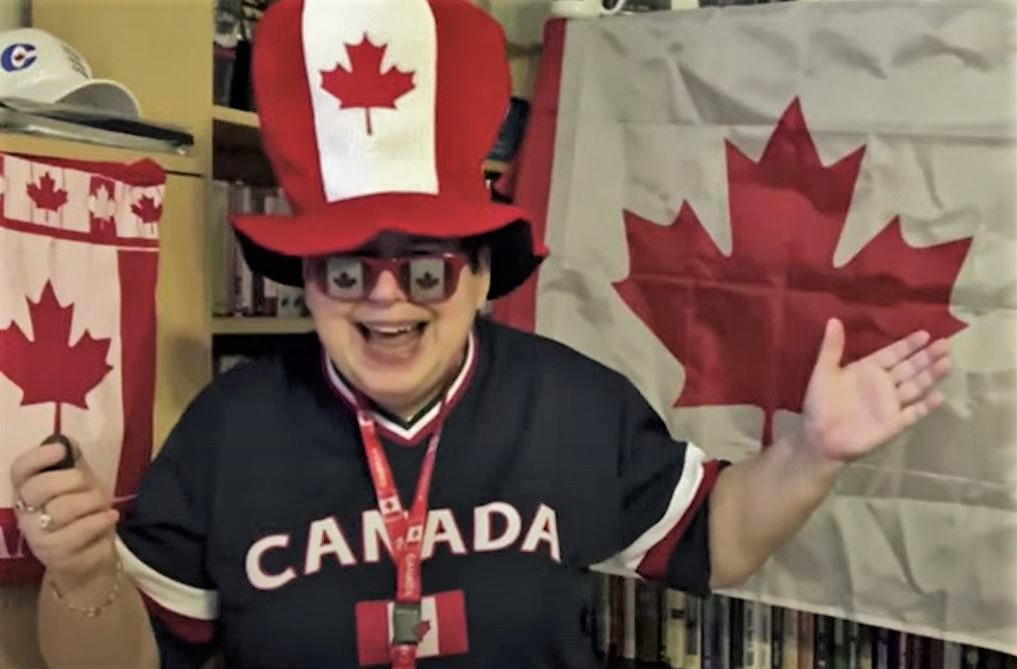 A speaker on a video testimonial that aired during the Conservative virtual convention on March 19, 2021 talks about why she loves Canada. CPAC screenshot
Previous story
Next story

Multiple speakers at the Conservative Party convention on Friday came out against a proposal to declare "climate change is real,” with one theorizing that greenhouse gases are not a “major pollutant.”

A majority of voting delegates at the convention voted against the motion, according to a report in the Canadian Press, despite an earlier speech by Conservative Leader Erin O’Toole that said the party needs to embrace climate action.

Canada’s official Opposition kicked off its three-day virtual convention on March 18, which officials have billed as the largest in party history and the first since O'Toole was chosen as leader. On Friday, Conservatives debated a package of proposed policy resolutions that could help form the party platform going forward.

One proposal from the electoral district association of Portneuf—Jacques-Cartier in Quebec would have had the party declare that “climate change is real” and that “the Conservative Party is willing to act.”

“We believe that Canadian businesses classified as highly polluting need to take more responsibility in implementing measures that will reduce their greenhouse gas emissions and need to be accountable for the results,” the proposal read.

The proposal would also have had Canada establish tax credits to promote “environmental solutions” in transportation and other areas, and encourage federal and territorial governments to invest in studying and addressing climate change adaptation in the North, among other initiatives.

On Friday, when the proposal went to debate, a speaker from the riding of Perth—Wellington in southwestern Ontario said he was opposed “because it unfairly centres greenhouse gases as the major pollutant that we have to be worried about, which is not true.”

“We can have clean air with carbon dioxide in the air,” he said. “We should be focused on clean land, clean water. This is a big-government, costly policy that unfairly impacts our industries.”

The global scientific consensus is that greenhouse gases like carbon dioxide, methane and nitrous oxide, which are emitted from the burning of fossil fuels like coal, oil and natural gas, have reached atmospheric concentration levels that are unprecedented compared with the past 800,000 years.

Multiple speakers at the Conservative Party convention on Friday came out against a proposal to declare that "climate change is real,” with one theorizing that greenhouse gases are not a “major pollutant.”

Carbon dioxide, which traps heat in the atmosphere, heating the planet, has climbed dramatically since the industrial age began. The Intergovernmental Panel on Climate Change has concluded humanity has caused 100 per cent of global heating since the mid-20th century.

“I just think we should be focused on bigger issues, like the St. Lawrence that we don’t want to be filled with sewage,” said the speaker.

Another speaker from the riding of Scarborough Centre, in the Toronto area, also raised the issue of “raw sewage” in the St. Lawrence River.

Ensuring sewage doesn’t end up in waterways, a problem due to aging sewer systems in Canadian cities that mix sewage and storm water, was a Conservative Party platform plank during the 2019 election. Former leader Andrew Scheer called it one of the “priorities” of his environmental plan.

"Not sure why the Conservative Party needs to specify that climate change is real, or why that is necessary to mention when talking about pollution, since many types of pollution have nothing to do with any notion of climate change?” asked the Scarborough Centre speaker.

“As much as I support innovation and cleaner technology, especially in energy sources, the way this section is worded befuddles the issue and might cost us some support trying to appeal to people who would never support us anyway.”

A third speaker from Stormont—Dundas—South Glengarry in eastern Ontario said she could not back any policy that would support “industrial wind turbine projects” until health issues are recognized.

In Ontario, some groups have tried to fight proposed wind farm projects on the basis they pose health challenges, in particular exposure to turbine noise. There have been multiple environmental and health studies that have found no serious human health links.

'It has real impacts and it is a real threat'

Organizers also asked for people in favour of the policy to give remarks. A speaker from the riding of Prince George—Peace River—Northern Rockies in B.C. said he worked in the oil and gas industry and understood that a policy acknowledging climate change and its impacts wouldn’t threaten the industry.

“Canada is the best at resource extraction. But we still need to recognize that there is an impact on the environment,” he said.

Another speaker from Brandon—Souris in southwest Manitoba said he supported it because it gave the Conservatives an opportunity to “show pragmatic and decisive leadership.”

“Climate change is real, and it has real impacts and it is a real threat to Canada. This party must protect Canadians by putting in these solutions because no other party can. The left parties are hypocrites on this by ignoring the role that oil, nuclear and carbon capture technology provides,” said the speaker.

Conservative grassroots at stake during this convention

“All of the great leaders

“All of the great leaders have had one characteristic in common: it was the willingness to confront unequivocally the major anxiety of their people in their time. This, and not much else, is the essence of leadership.” John Kenneth Galbraith. Read more at https://www.brainyquote.com/authors/john-kenneth-galbraith-quotes

Don't these speakers have

Don't these speakers have names?

The Conservative Party has

The Conservative Party has just made sure it will not win the next election.

Unbelievable, but not that

Unbelievable, but not that surprising. The last speaker mentioned is my favourite.......brilliant to be willing to acknowledge anthropogenic climate change, while arguing that to do so wouldn't hurt the fossil fuel industries.....but merely acknowledge that we'll use our energy industries to combat the problem these industries have caused.

It's a grim bit of cake, but sure.......you can have it and eat it too. Believing you can fob the crumbs off on the Canadian people, is where the current Conservative party may be unduly optimistic.