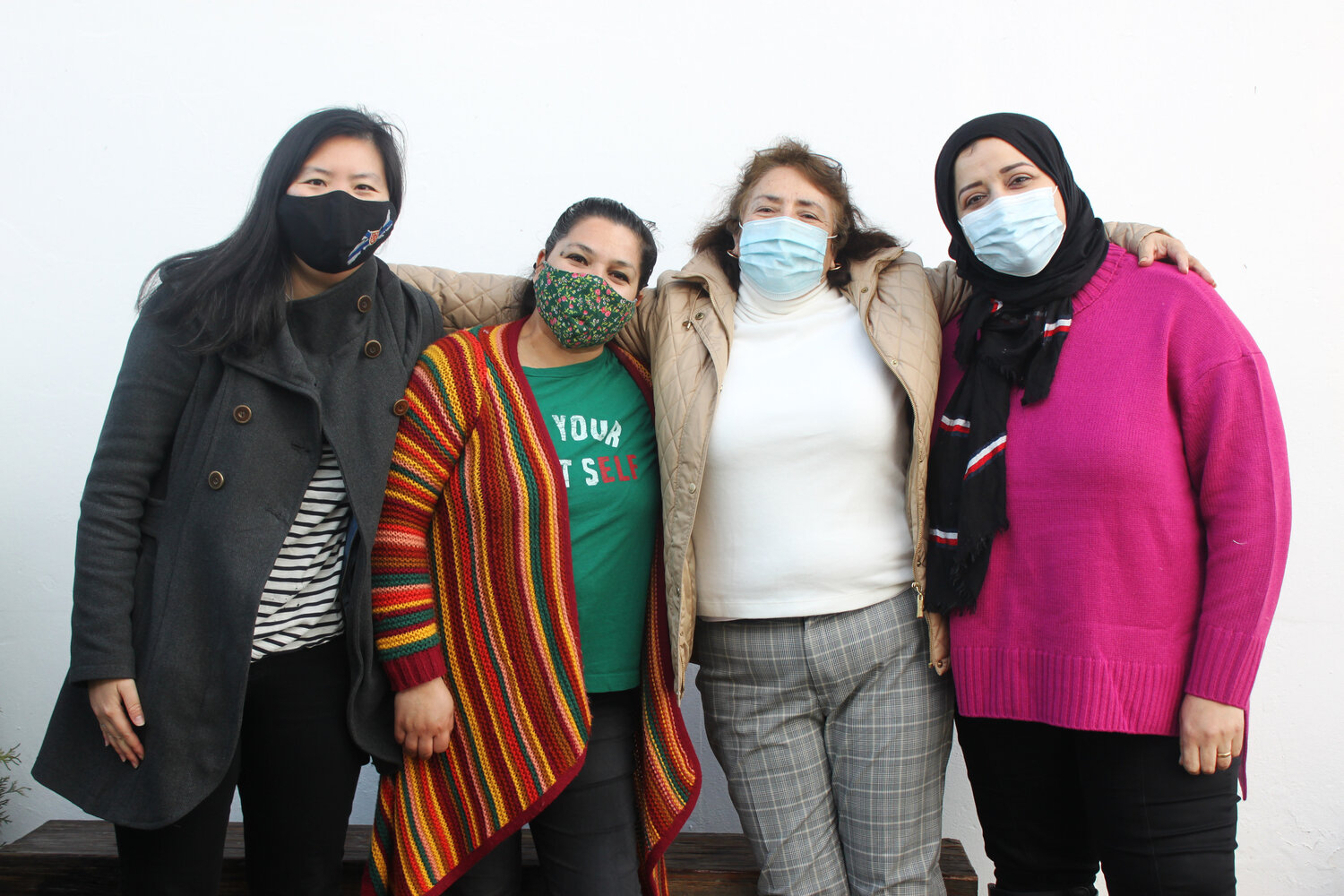 Some ingredients for regional Mexican specialty foods were hard to come by during Angeles Canedo’s childhood in Mazatlán. So, her father would collect them during his travels around the country for her mother to use in her home cooking.

“Then when I got married and I had my kids, my husband and I took them around the country so they could learn about the different cuisines and cultures in Mexico,” she said.

Now, Canedo brings that same authenticity and dedication to her own cooking in Canada, where she arrived five years ago.

It has been a long journey, says Canedo, who had to leave her home in the Mexican state of Chihuahua for her and her family’s safety. There, she taught English and her husband had a carpentry business. Her love for cooking deepened during this time; she made food for friends and found joy in showing others meals she’d learned about in different parts of the country.

She continued feeding people once she arrived in British Columbia, offering to cook dinner for people she met through her East Vancouver church. It was during that time she met Trixie Ling, founder of Flavours of Hope, and eventually started working with the organization to create a Mexican food business in the city.

The group, a Vancouver-based non-profit that works with refugee newcomer women to build connections and income through food, collaborated with Canedo and two other women to create their food-based operations through its Dream Cuisines project.

A virtual launch on May 19 will be the official takeoff for Canedo’s business and Dream Cuisines before a summer of selling her food at the Downtown Farmers Market in Vancouver. Angelica Davalos Ramirez, a Mexican baker, and Huda Abd Elhamid, an Egyptian cook who highlights her mother’s recipes, will also be featured at the launch and the market. All three will also have online platforms for direct sales.

Ling wanted to design a business development project that would reflect what Flavours of Hope was already doing through pop-up dinners, cooking classes and events. She didn’t want it to feel transactional or competitive; and it was important for her that it be led and built by women of colour. Working in the food industry herself, Ling knows how systemic barriers and racism can prevent women of colour from entering and thriving in the sector.

“The dream of this pilot program is to actually broaden access, inclusion and equity, and ultimately, justice in the food business industry,” says Trixie Ling, founder of Flavours of Hope.

“And so the dream of this pilot program is to actually broaden access, inclusion and equity, and ultimately, justice in the food business industry,” she said.

“It really is a co-creating, co-designing process with the women themselves. (There’s) my relationship with these women who are passionate about food, and also with community partners ... this really emerged out of relationships.”

Coho Collective provided kitchen space, mentorship and resources, while the Women’s Economic Council, Vancity credit union, and the Vancouver Farmers Market provided other support. Throughout the Dream Cuisines program, Ling said the team focused on sharing knowledge and information — the women would learn from the mentors, and vice versa, while designing, branding and developing their business model.

Since the program took place during COVID-19, much of it had to be done online. Ling saw the group push through technological barriers by creating weekly video diaries that they’d send to the group’s WhatsApp chat, sharing difficulties and triumphs.

“The food world is so competitive. And so for us, a big part of building this program is about how we move from this competitive scarcity mentality to this sense of abundance — that there is a lot to give and a lot to receive,” she said.

Canedo is definitely far from giving up. At 61, she’s just getting started finding ways to share her Mexican food with Vancouverites. As to what people can expect, she laughs, “No tacos.” Green pozole (including a vegan option) and pastel azteca (a layered tortilla dish), and fried quesadillas — completely from scratch — are on the menu.

In the future, she hopes to have a little business on a residential street — a friendly place for newcomers.

“I see myself having a small place, maybe in my own neighbourhood where people can have some homemade, flavourful comfort food,” she said.

“Where people go just to say hi. Maybe have a cup of coffee, share the news, see the neighbours. That kind of place ... to have that sense of belonging.”