Cities are Canada’s best shot at a green recovery 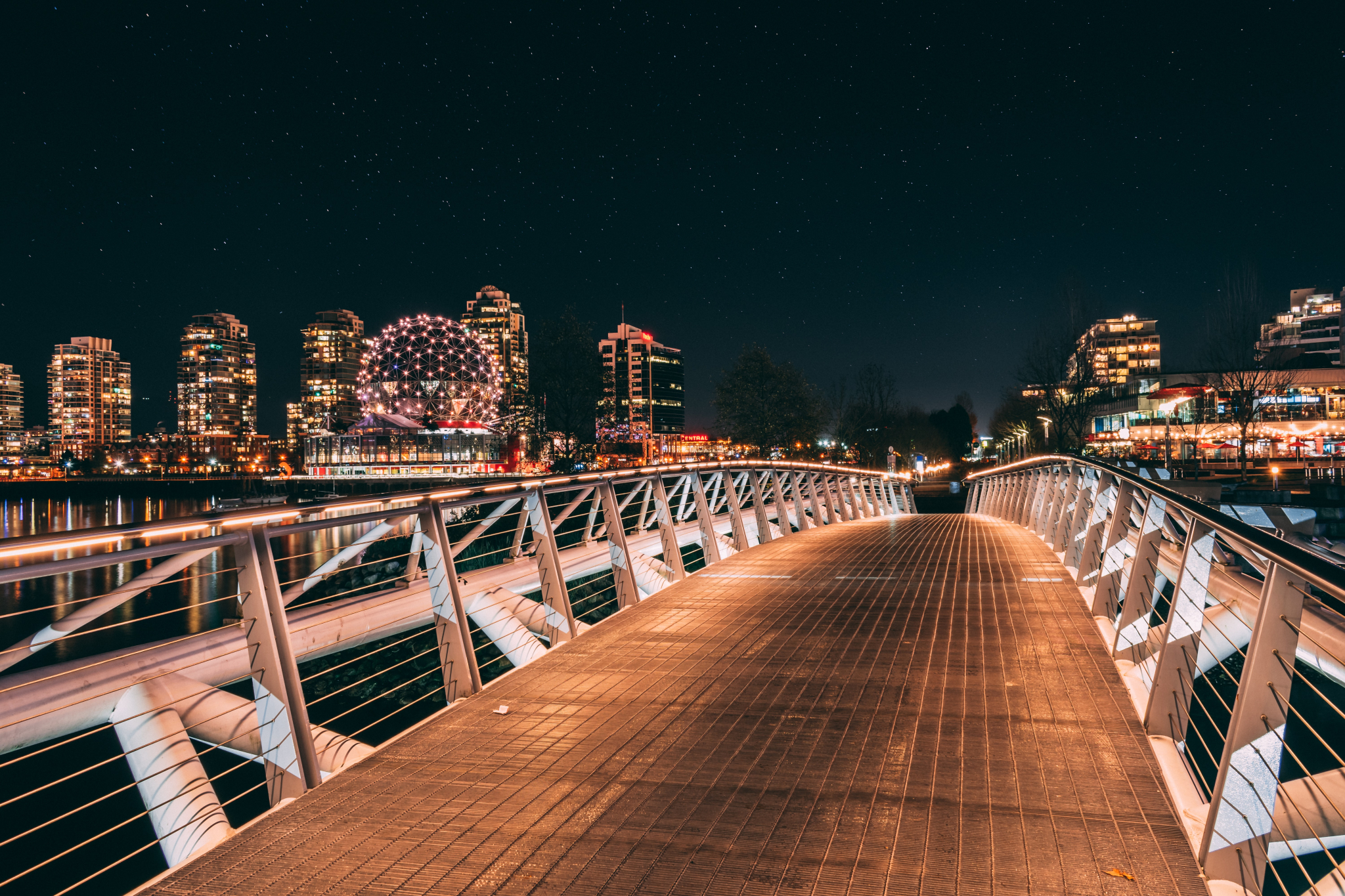 Cities have taken the lead on effectively responding to the climate emergency around the world, writes Andrea Reimer. Photo by Aditya Chinchure / Unsplash
Previous story
Next story

A key plank of this week’s federal budget was a green recovery. The feds allocated $17 billion for cleantech, clean energy, decarbonizing heavy industry, and homeowner and landlord support for energy retrofits.

These are important initiatives that could arguably be more ambitious, but the biggest opportunity for green recovery in Canada wasn’t even referenced: cities. If the federal government wants to pursue bold climate plans, they can’t do it without cities, and cities can’t do it without more power and fiscal capacity.

Like all western democracies, Canada is a highly urbanized nation. Four out of five Canadians live in cities. However, Canada’s current Constitution doesn’t recognize this. Local governments in Canada are still encased in the same basic governance framework they had in the 19th century, which positions them as third-class governments behind the federal government and the provinces.

This may not have mattered much when the biggest issues were outside urban areas, in forests, oceans and fields. But today’s big challenges hit the ground on the streets of urban Canada. Climate change is no exception. Whether it’s floods that result from extreme weather or policy changes needed to mitigate climate change, cities are on the front line. They are also the main polluters, with global estimates that urban areas are responsible for 70 per cent of emissions. Yet local governments in Canada have scant authority and even less fiscal capacity to respond to the climate emergency.

In general, cities derive their powers — including taxation authority — from the provinces. Not surprisingly, over the past 100-plus years, provinces haven’t been terribly interested in delegating much of their legislative power and, even less so, their taxation authority to cities. As a result, the ability of Canadian cities to fund themselves is almost exclusively reliant on property tax, a roughly 5,000-year-old concept developed in Ancient Egypt that is tricky to apply to the wide range of modern challenges that land at the feet of local governments, particularly mounting an effective response to the climate emergency.

Governance capacity for Canadian cities is a little broader, but that’s not saying much. Even when local governments successfully fight for more room to legislate, as was the case with Victoria’s recent court battle for the right to ban plastic bags, they have very few tools to enforce bylaws. And what enforcement options they have are costly and take years to resolve through cumbersome, provincially mandated procedures.

Local governments are best suited to oversee many of the actions needed to reduce emissions. Urban emissions sources generally fall into one of three main categories: buildings, transportation and waste. Which level of government knows these issues better than local governments?

Cities have taken the lead on effectively responding to the climate emergency around the world. Copenhagen, Stockholm, Oslo, Vienna, Amsterdam. These are the rock stars of climate action and are better known than countries for what they’ve been able to achieve. Less talked about is how they’ve been able to do it.

Copenhagen is in Denmark, where local governments have far greater taxation power, accounting for 60 per cent of total government spending. Here in Canada, that number is closer to eight per cent. Stockholm is primarily funded by municipal income tax, bringing in approximately $8 billion for a city of a million residents, and the city has the necessary legislative authority to manage that size of budget. Vienna is a city, but functions as a state government and has all the powers that accompany that status.

Talk to political leaders in any Canadian city about what they could do with the full power of a province married with the realities of street-level access to city government. This isn’t just about climate action, either. Cities like Copenhagen, Stockholm and Vienna have tools that make them successful builders of affordable housing, providers of appropriate local services and developers of strong regional economies.

All provinces need to do is get out of the way of municipalities prepared to act, writes @andreareimer for @NatObserver. #GreenRecovery

These models took time to develop and are unlikely to happen in one step here. But it does give insight into the modern tools that world-class climate action needs. There are steps in between. Several Canadian cities have shown that a lot can be done with determination and ambition, even within our archaic governance framework.

They’ve also hit the limits. Before the changes in senior governments a few years ago, we in Vancouver reached the end of what could be done within some areas of a municipal framework when climate-skeptical conservatives in Ottawa and Victoria blocked transit investments and other necessary green moves.

The current federal government is only so bold, though, and even where it has shown ambition, it is hampered by needing to find policies that work across big geographies and many different contexts. Supporting local governments to support themselves is an inevitable next step for Canada, but to get there, we need a radical rethink of Canada’s outdated constitutional framework.

Until then, provincial governments could unleash the power of cities immediately by approving long lists of back-logged requests from municipalities across the country, enabling local government climate action on everything from congestion charges to plastic bag bans.

All provinces need to do is get out of the way of municipalities prepared to act.

Benjamin Barber wrote a highly articulate book on this topic called "Cool Cities." He acknowledged the problem that cities are too often under the thumb of so-called higher governments. One of his solutions was for cities to band together and pool their resources in large international organizations to expressly address climate change and social justice, citing C40 Cities as one such outfit. This doesn't address the problem with governance, but speaking with one voice does have certain powers of persuasion, electoral influence and a modicum of targeted investment in the climate fight.

Vancouver experienced this a few years back when then premier Christy Clark and certain provincial ministers treated Metro Vancouver with disdain and arrogance on transit and other issues. We were forced into a needless referendum on transit funding, something not imposed on any other urban area in BC. It was a rage fest and it wasn't a surprise when the majority voted No mainly based on unrelated grudges against politicos and "elites." That set Metro transit back by a decade just five years after the Metro transit system powerfully proved its worth by moving 2.7 million people a day (the equivalent of the entire Metro population) during the 2010 Olympics.

As the result, Clark's really conservative BC Liberal government lost nine Metro seats in the next election. John Horgan's NDP came into power partly on an urban agenda that upped transit funding a smidgin just as Justin Trudeau's federal Liberals started to warm their Ottawa desks, and a new era of urban renewal began. It's still rather anemic, as Andrea reiterated. In Trudeau's case, he's got a lot of energy for promises followed by pathetic action. He also rerouted funds through the thick mud of the Infrastructure Bank bureaucracy.

A constitutional amendment is probably the only thing that will provide a permanent remedy for this misbalance. The vast majority of the nation's wealth is created in cities, but senior governments are the central beneficiaries. To realize an equitable amendment we'll need senior government leaders that understand cities. Pre-pandemic Greater Toronto generated as much wealth as the entire province of Alberta when the oil flowed like water under provincial leaders who were asleep at the switch. Metro Vancouver creates half the annual wealth of the province of BC, though Kamloops and Prince George would object. Provincial economies would collapse if major cities revolted and formed their own nation states with independent taxation and legal powers.

Moreover, 92% of the tax revenue generated in cities is grabbed by Ottawa and the provinces on average. That's not just unfair, it's unhealthy. How is the math justified when Metro Vancouver has to come up with 10%-33% of major transit funding from 8% of gross tax revenue?

Cities need a new way of delivering results. Christy Clark learned that when the big city turned against her at the polls. Can cities publicly anticipate electoral consequences for federal and provincial governments that do not act in the interests of their own urban constituents? Can cities advocate for an urban agenda with one voice? Can Canada's mayors legitimately call for a constitutional amendment, or even write one of their own and deliver it to all the capital cities for consideration? Will the media take them seriously despite the sheer power of urban economies?