NDP puts universal basic income back on the agenda 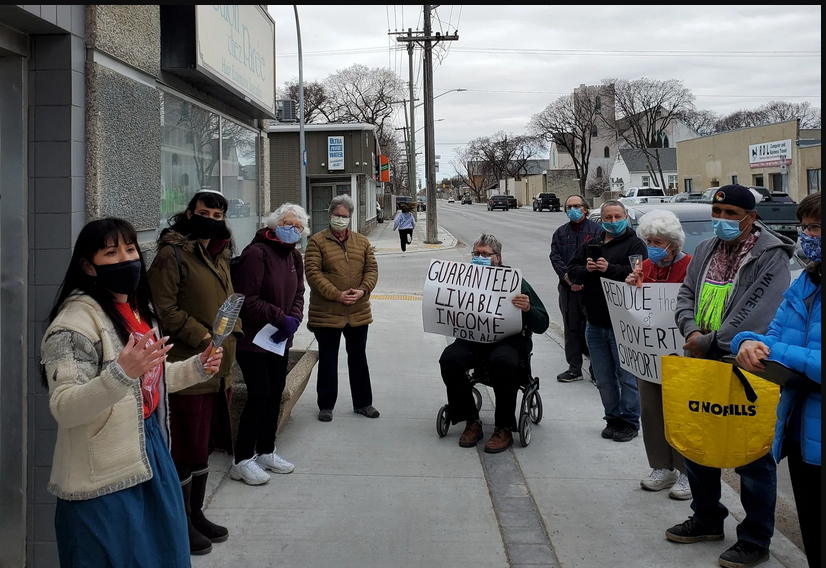 With a smattering of nays from the floor of the House of Commons, the federal NDP’s latest effort to pressure the Liberal government to implement a guaranteed livable basic income was defeated.

But while the non-binding motion required unanimous approval, meaning it never stood a reasonable chance of proceeding, the push to build a financial safety net for all is unlikely to dissipate as Canada wrestles with a devastating third wave of the COVID-19 pandemic.

“I am committed to keep building momentum and moving forward exploring next steps with advocates leading the guaranteed livable basic income movement throughout Canada,” Leah Gazan, the NDP’s critic for children, families and social development, said after the setback.

Gazan initially tabled the motion last year before the Trudeau government prorogued Parliament and reintroduced it on Wednesday, days after the NDP voted to support the government’s 2021 budget, which does not mention the policy.

The pandemic has exposed gaps in Canada's social support framework, exacerbated existing social inequities, and made many more people financially insecure, while also illustrating that public funds can be freed up to support the vulnerable when considered necessary.

The motion, M-46, called on Ottawa to work with provinces, territories and Indigenous communities to deliver a minimum income for all adult Canadians, including students, seniors and people with disabilities, as well as temporary foreign workers, permanent residents and refugee claimants, without requiring any recipient be working, studying or training.

It was jointly seconded by seven MPs, including the Greens Paul Manly and the Liberals’ Nathaniel Erskine-Smith.

A key component of the push is that such a payment not come at the expense of other services and supports meant to alleviate specific needs, including for affordable social housing. It would also account for regional differences in living costs.

Those aspects make it the most comprehensive income proposal out there, one anti-poverty advocate said, who also cautioned that any efforts to eradicate poverty must first address the country’s housing crisis.

“We worry that UBI (universal basic income) programs may further inflate rent and housing costs before other government National Housing Strategy policies can act to cool down rent and housing prices,” said Emilly Renaud, the national co-ordinator for Canada Without Poverty, an Ottawa-based non-profit.

“A guaranteed minimum income has to work in tandem with a strong infrastructure of community support, like supportive housing, child care, pharmacare and training,” said Katherine Scott of the Canadian Centre for Policy Alternatives. #UBI

Critics point out that providing a basic income is an expensive undertaking; a report issued by the independent parliamentary budget officer (PBO) on April 7 said a national program would cost around $85 billion now, rising to more than $93 billion by 2026.

But that report also said such a scheme could quickly halve overall rates of poverty, which has been estimated to cost Ottawa a similar amount in excess health-care, criminal justice and other costs.

The Canadian Centre for Economic Analysis said in February that a basic income could expand the country’s economic output by $80 billion a year and create nearly 600,000 jobs within five years.

The PBO’s analysis was based on the parameters of an Ontario pilot project and assumed that a swath of government programs sending out targeted support would be discontinued, whereas the NDP motion wants it to augment existing supports.

“A guaranteed minimum income has to work in tandem with a strong infrastructure of community support, like supportive housing, child care, pharmacare and training,” said Katherine Scott, a senior researcher with the Canadian Centre for Policy Alternatives.

“No benefit of any size can replace the value of community services to any family but the wealthiest,” she added.

The NDP says such a measure could be funded by making the ultra-wealthy pay their fair share of the tax burden, noting that legal and illegal tax avoidance costs Canada as much as $51 billion a year.

Ontario’s previous Liberal government started the three-year UBI pilot in 2017, but it was subsequently cancelled mid-stream by the incoming Ford government, with the evaluation of its results also cut short.

Targeting relief to disadvantaged populations makes great sense yet overlooks a major cause of poverty - a lack of suitable jobs for those who want to work. The solution is a Job Guarantee program, federally funded but locally delivered, that could include provisions for care of the sick and elderly, educational activity for young people, arts and cultural performances, and initiatives for environmental protection.

Participants in such programs abroad have reported their work as liberating and more highly valued than welfare. In addition, the many visible community benefits would underpin public support for the entire guaranteed income/jobs proposal that would generously assist those unable to work because of age, illness or incapacity.

"A job guarantee coupled with a basic income for the young and frail old (and disabled of all ages) is a promising policy alternative.
***
Using the Argentinean experience with job creation, we demonstrate how ELR (Employer of Last Resort) can advance a sense of civic duty, citizenship, social cohesion, reciprocity, and community involvement while guaranteeing full employment—all without the harmful consequence of price instability.
***
Even a colossal BIG [Basic Income Guarantee) program may not resolve issues such as inadequate housing, education, healthcare—all key components of a decent standard of living. A BIG must be part of a more comprehensive social policy that includes other programs, but very little discussion is devoted to how we can ensure these other necessities - including jobs for those who desire them - are provided."

"..the Job Guarantee is actually a macroeconomic policy framework designed to ensure full employment and price stability is maintained over the private sector business cycle.

Job Guarantee workers would enjoy stable incomes, and their increased spending would boost confidence throughout the economy and underpin a private-spending recovery."

3. The Job Guarantee: A Government Plan for Full Employment
http://www.thenation.com/article/161249/job-guarantee-government-plan-fu...

"The benefits of full employment include production of goods, services and income; on-the-job training and skill development; poverty alleviation; community building and social networking; social, political and economic stability; and social multipliers (positive feedbacks and reinforcing dynamics that create a virtuous cycle of socioeconomic benefits). An “employer of last resort” program would restore the government’s lost commitment to full employment.."

> In the aftermath of its economic crisis that came with the collapse of its currency board, Argentina created Plan Jefes y Jefas that guaranteed a job for poor heads of households. The program successfully created 2 million new jobs that not only provided employment and income for poor families, but also provided needed services and free goods to poor neighborhoods.

The NDP has just regained my

The NDP has just regained my support.

A Universal Guaranteed Basic Income is, IMO, the only structural and systemic approach to equity, reduction of poverty, and financial sanity that makes sense.

Without knowing the economic and sociological arguments on this one, I assume that one single umbrella program, with the other bits and pieces subsumed in it, makes the most sense, in terms of comprehensiveness and efficiency. One single income program, for all. Scoop back (as with other small programs) from those who don't need it; add more for those with special needs. Those needs include age, disability, etc.

I worked in one form of government or another all my years, and I saw, over and over again, how too many desks made for too many delays, too many errors, more bureaucracy competing with more bureaucracy, more cost--the recent experience with COVID financial supports is, to me, further evidence of that.

No more bandaids. Responsible and effective health care demands a holistic approach--why would income support be any different?