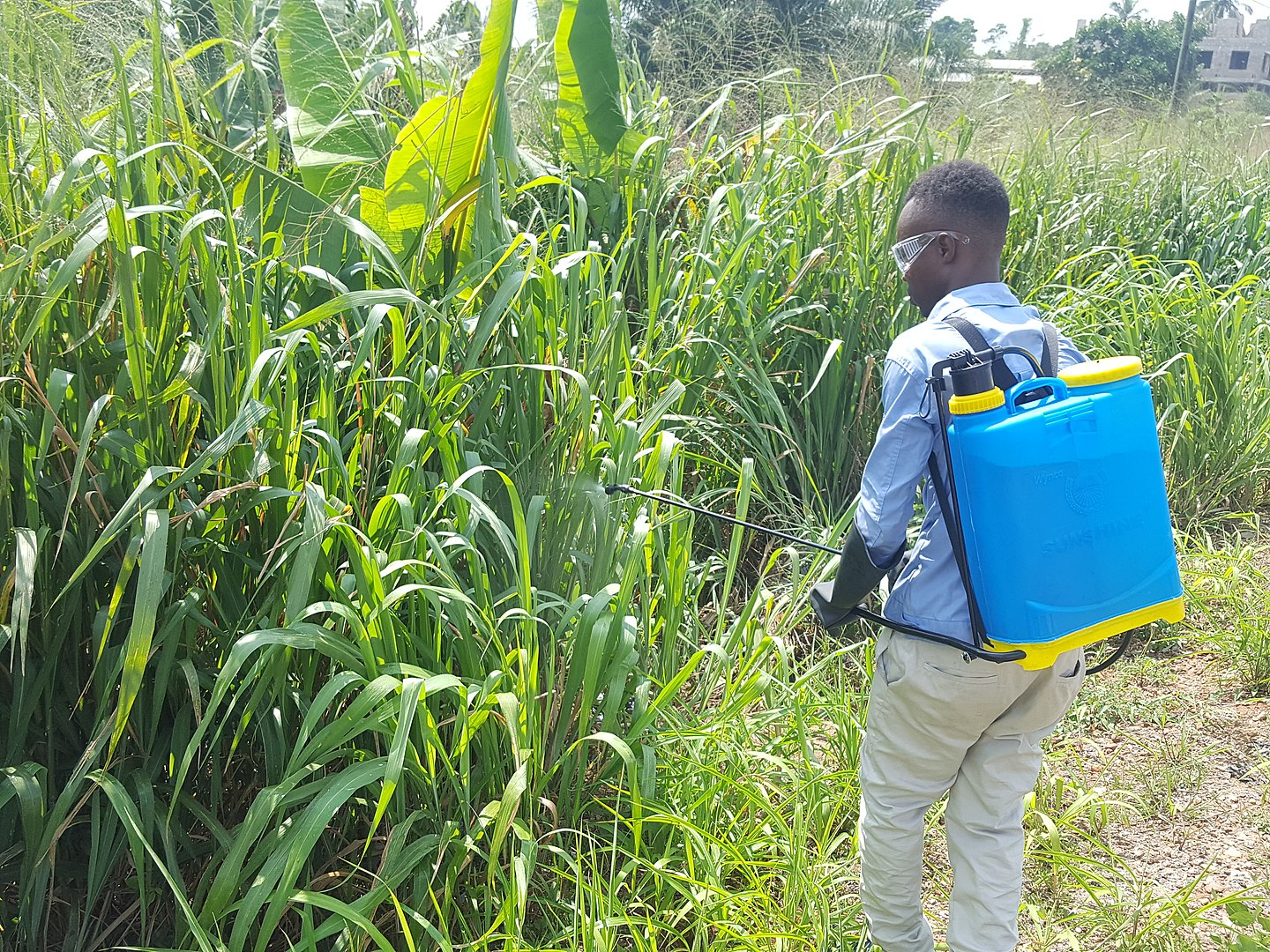 Glyphosate is the key ingredient in Monsanto's Roundup and the most widely used herbicide in Canada. Photo by Boasiedu / Wikimedia Commons (CC BY-SA 4.0)
Previous story
Next story

A private member's bill to ban the use of glyphosate in Canada, tabled last month by Green MP Jenica Atwin, will open a discussion about the controversial chemical used to produce herbicides.

Glyphosate is the key ingredient in popular herbicides like Roundup and is widely used in agriculture and forestry to kill weeds and undergrowth.

Although glyphosate is approved for use by Health Canada and regulators across the world, organizations and researchers are concerned about long-term impacts to human health like cancer, infertility and liver disease.

Glyphosate is designed to kill plants, which does not bode well for ecosystems exposed to the chemical, many scientists have noted.

These concerns about our health and the well-being of the environment have led some regions to take action. On April 6, the City of Laval adopted a bylaw banning the use of glyphosate to protect human health, pollinating insects, wildlife and natural spaces.

Mexico also released a public decree on Dec. 31 that gives farmers until 2024 to stop using glyphosate. The Mexican government stopped importing glyphosate in late 2019, citing the World Health Organization’s classification of the chemical as “probably carcinogenic.”

“It's going up against major industries,” she said. “There's going to be a lot of hurdles, but it's starting the conversation.”

Bill C-285 seeks to cancel the registration of glyphosate under the Pest Control Products Act, making it illegal to “manufacture, possess, handle, store, transport, import, distribute or use glyphosate as a pest control product.”

Atwin says the bill was driven by the tens of thousands of New Brunswickers opposing the practice of spraying glyphosate on Crown forests. For years, opponents have protested against the use of glyphosate, and a citizens' lobby group, Stop Spraying New Brunswick, has amassed over 35,000 signatures on a petition to stop the use of the herbicide on the province's forests.

A private member's bill to ban the use of glyphosate in Canada, tabled last month by Green MP @JenicaAtwin, aims to open up discussion about the controversial chemical used to produce herbicides. #cdnpoli

But she acknowledges a blanket ban on glyphosate would be complicated because it plays a pivotal role in the agriculture industry. Atwin says she wants to treat this process as a fact-finding mission.

“It’s so widely used… certainly a compromise of some kind would be good to discuss,” said Atwin.

Without herbicides, farmers would have to till the soil to control weeds, releasing carbon that otherwise would have remained in the ground, the organization says.

“Crop protection products like glyphosate and glufosinate can effectively manage weeds,” said Erin Gowriluk, executive director of Grain Growers of Canada. “You can't have one without the other. If we want farmers to practise conservation tillage, then it requires that they employ other methods of weed control.”

The National Farmers Union (NFU) doesn’t take a position on banning glyphosate, but Stewart Wells, the NFU’s second vice-president, says if it comes to pass, farmers might turn to different chemicals — and we don’t necessarily know the full effects of those.

Critics of the bill also say there is no scientific evidence to support a ban.

“This is a private member's bill that runs contrary to Health Canada's science,” said Gowriluk. “There is no pesticide regulatory authority in the world that currently considers glyphosate to be a cancer risk to humans at the levels at which humans are currently exposed.”

Although glyphosate is classified as “probably carcinogenic to humans” by the World Health Organization’s International Agency for Research on Cancer, so are red meat and “very hot beverages,” she noted.

However, Health Canada’s re-approval of glyphosate in 2017 was criticized by several advocacy groups for failing to consider certain pieces of evidence and relying on a study co-written by a Monsanto scientist.

“There is more and more evidence, including from research conducted in my own group, that is showing that glyphosate-based herbicides may not be anywhere near as safe as had been stated by industry and regulators in the past,” said Michael Antoniou, head of the gene expression and therapy group at King’s College London.

A recent study he led found that glyphosate and the glyphosate-based herbicide Roundup disrupt the gut microbiome even at the low doses considered safe by regulators.

“What our work is showing is that the safety threshold is set too high and that it needs to be lowered,” said Antoniou. “We are seeing worrying signs of toxicity in terms of oxidative stress, disturbances in the gut microbiome and liver damage.”

Oxidative stress can damage cells, organs and DNA, which can lead to cancer and other serious diseases.

Antoniou acknowledges it is hard to make the link between adverse health effects and toxins like glyphosate because it can often take 10 to 20 years for illnesses to arise. He wants to see more long-term studies but said his research group hasn’t been able to secure funding for one.

“For me, there's only one guaranteed safe exposure level for chemical pollutants like pesticides… zero,” said Antoniou, who eats organic food as much as possible to avoid exposure to the chemicals he studies.

“Because there are so many question marks around the safety of these pesticide residues in foods, take all measures you can afford to avoid them.”

This article sadly omits the

This article sadly omits the more than 100,000 people exposed to glyphosate whose claim that it caused them a form of leukemia (Non Hogkins Lymphoma) was accepted by the courts in the US. Bayer/Monsanto, the manufacturers, have accepted to pay more than $10 billion to the plaintiffs. To say the least, this is a sure sign that the corporation took those claims seriously. The settlement is still going on. Sadly, Health Canada showed its true side in its 2017 refusal to admit new scientific evidence and stuck us with reapproval for the next 15 yrs. Health Canada should be renamed Health Industry Canada. It has forgotten its mandate to protect the health of Canadians, and replaced it by protecting manufacturers of deadly pesticides which will not "likely" affect our health...

"Probably carcinogenic". What does that really mean? It is not a statistical probability in the same sense that "if you drive a car, you have a xxx probability of crashing". The science has not yet produced a smoking gun on this chemical that is comparable, for example, to radiation, or other known mutagens that cause genetic damage and therefore might cause cancer..
US courts are not a measure of scientific integrity. These settlements are made by companies because they fear the bias of juried trials in the US and it is cheaper to settle than to loose a decision based on empathy and distrust (vs. scientific evidence).