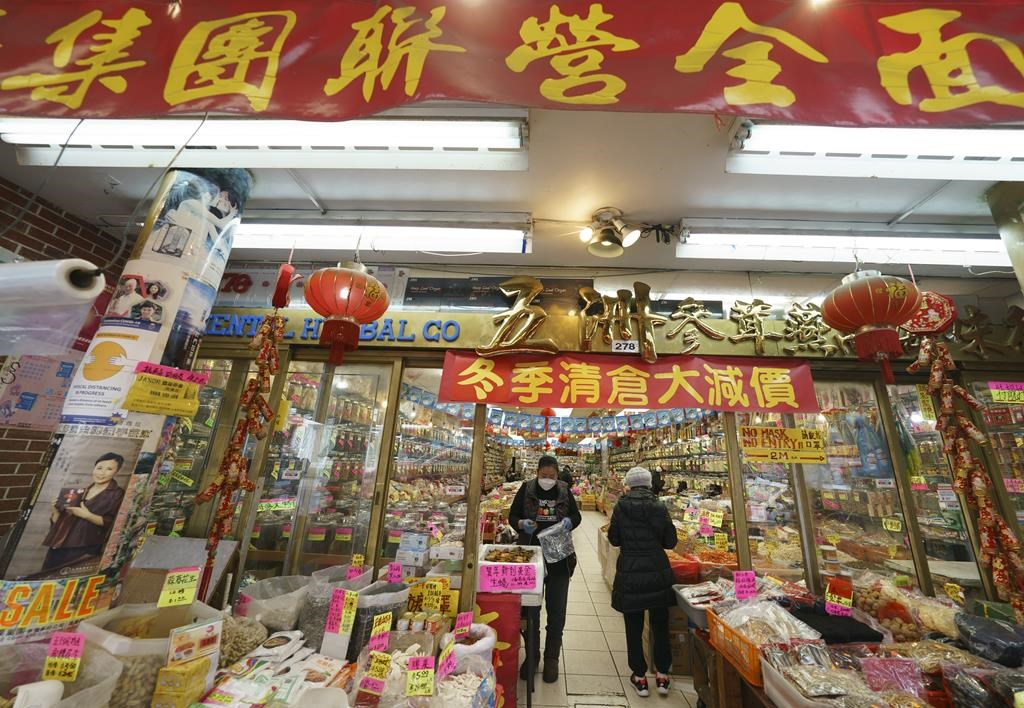 People shop in Chinatown in Vancouver on Friday, February 5, 2021. File photo by The Canadian Press/Jonathan Hayward
Previous story
Next story

Leaders of the Chinese-Canadian community say the rise in anti-Asian hate crimes across Vancouver and North America suggests the population has not been accepted as a part of the wider society.

The comments came Thursday during a roundtable discussion on anti-Asian hate crimes hosted by the Vancouver Police Board.

Carol Lee, chair of the Vancouver Chinatown Foundation, said people of Asian heritage are excluded from areas of power in the city.

"The alarming rise of anti-Asian hate in Canada and south of the border shows Asians have not been fully accepted in North America, even if we have been here for generations," she said. "Anti-Asian racism has always been here."

Lee said COVID-19 may have played a role in the rise of racist incidents, but added the tension has been around longer than the pandemic.

Vancouver police reported a 717 per cent rise in anti-Asian hate crime in 2020 compared with 2019. The majority of incidents occurred last May.

The city has recorded 15 such incidents since the start of this year.

Deputy chief Howard Chow said he wants to reassure the larger Asian community that police are prioritizing investigating the incidents.

He also urged citizens to intervene when they see racist incidents occurring.

"Sometimes we as police leaders are reluctant to say this but intervene," he said. "If you think it's safe to do so, if you're comfortable with it, intervene."

Police in B.C. do not have the ability to recommend hate crimes charges under the Criminal Code. It is a sentencing provision that is applied by the courts if a person is convicted of a Criminal Code offence.

Supt. Howard Tran said the rise in hate crimes has led to his elderly parents being scared to leave their home.

"They're less concerned about contracting COVID when they walk about than being assaulted," Tran said. "It's heartbreaking that my parents can't go out and walk without the fear of being assaulted."

He said 13 of the 98 cases reported last year have resulted in criminal charges being forwarded to the Crown.

Some of those who spoke during the panel discussion shared their belief that the number of hate crimes is much higher than figures show, with many incidents going unreported.

Others spoke of their frustration that despite growing awareness, no discernible action has been taken.

Mayor Kennedy Stewart said he would work to ensure the incidents are treated with the utmost priority moving forward.

Choo, who was also one of the panellists on the police department's roundtable discussion Thursday, said recent international media reports dubbing Vancouver as the capital of anti-Asian hate crime in North America is "appalling."

"We need to go further and look at tangible outcomes so we can see a change in our community," she said in an interview.

More transparency is needed on how hate crimes are prosecuted as well as how many people are being sentenced for those crimes, Choo added.

Without those measurements, it's hard to gauge whether anti-hate crime initiatives are a success, she said.