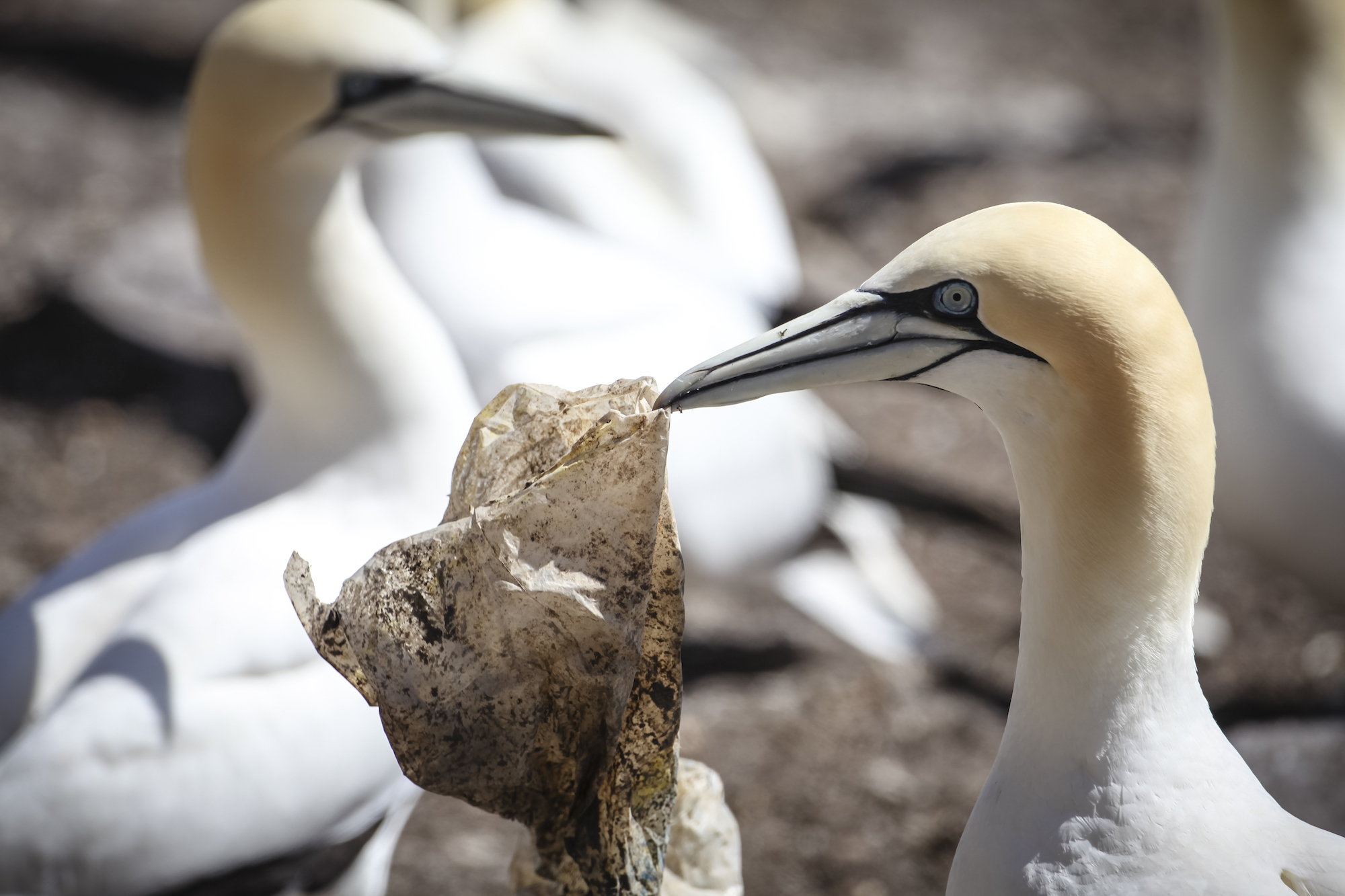 Online shopping has soared during the pandemic. So has its plastic waste. Photo by Will Rose / Greenpeace
Previous story
Next story

Amazon’s investors could soon force it to reveal how much plastic it mails to customers around the world each year.

A shareholder resolution set to be voted on later this month would require the e-commerce giant to publicly disclose its plastic use. If successful, environmentalists say the public pressure resulting from more transparency could drive a broader shift in the booming global e-commerce industry away from harmful plastic packaging.

Almost half of Canada’s e-commerce plastic packaging, about 21 million kilograms, is estimated to have come from Amazon in 2019. Worldwide, Amazon is thought to be responsible for roughly a quarter of the 942 million kilograms of plastic packaging shipped each year by online stores, according to a 2020 study by the U.S. and Canada-based environmental organization Oceana, which was not peer-reviewed. Most can’t be recycled and ends up in landfills or the environment, contributing to a growing plastic pollution crisis.

Flexible packaging accounts for about 60 per cent of all plastic production, but roughly 80 per cent of the estimated 9.9 million kilograms of plastic enters the world's oceans annually, noted the shareholder resolution.

Amazon, however, said in a statement that its plastic footprint is far smaller than Oceana's calculations, insisting that errors in the organization's research methodology led to false conclusions.

"We share Oceana's ambition to protect and restore the world's oceans, and we support the reduced use of plastics," said an Amazon spokesperson.

"However, Oceana has dramatically miscalculated Amazon's use of plastic and exaggerated it by over 350 per cent — we use about a quarter of the plastic packaging estimated by Oceana's report. Since 2015, we have reduced the weight of outbound packaging by more than a third, and eliminated almost one million tonnes of packaging material."

In a document sent to shareholders ahead of the vote, the company — which opposes the resolution — said that it is working with its suppliers to ensure more packaging is recyclable, plans to incorporate more recycled plastic in its proprietary packaging materials, and has developed a paper padded mailing envelope. It is also using algorithms to reduce the amount of packaging it mails out, and is investing heavily in better recycling systems at its distribution centres and in some municipalities.

Improving recycling — an approach favoured by the plastics and other industries — is widely criticized by researchers and environmentalists as an inadequate response to the plastic crisis. Plastic recycling was first created in the 1970s by the plastics industry to stave off regulations, yet four decades later, less than 10 per cent of plastic is recycled worldwide.

Amazon’s investors could soon force it to reveal how much plastic it mails to customers around the world each year.  #OnlineShopping #Plastics #Overpackaging

Recycling also allows new plastic to be produced — a problem, Littlejohn said, because of the material's intense contribution to global warming. In a 2020 report, the Carbon Tracker Institute noted that some oil and gas companies anticipate plastics will make up most of their growth in future years as cars, heating, and other sectors become electrified.

For Littlejohn, that context emphasizes the need for Amazon to track how much plastic it uses — and to make that data public.

"(The resolution) is asking the company to simply report on their plastic pollution footprint, it's not asking it to make dedicated steps to reduce it," he said. "We think the company needs to do that because this is a company that's famously data-driven — they measure everything — so we know they need to measure this problem in order to really solve it."

Nor would Amazon be the first to tackle the problem: Other giant international retail and food companies like Unilever and PepsiCo have already taken extensive action to reduce their plastic waste, noted the shareholder resolution. Once Amazon decides to follow suit, Littlejohn has no doubt it will be able to make major changes that could reverberate across the e-commerce industry.

"This is a company that has an amazing management team," he said. "If they really decide to commit to doing this, they can set a great model for other companies to do this, and that will make a big difference towards ensuring we all reduce plastic."

About one in three people worldwide buys goods online, and the COVID-19 pandemic has accelerated the shift. Analysts anticipate global e-commerce sales — estimated at $4.2 trillion in 2019 — to soar, reaching close to $8 trillion in sales by next year.

Outside of China, Amazon accounts for the majority of those sales: Close to half of all online retail in Canada, and about 40 per cent of U.S. e-sales go through the company. It also plays a major role in the U.K., Germany, India and Japan.

The company could even look to its own practices in some of those countries for inspiration, Littlejohn said. For instance, in June 2020, Amazon announced that it had stopped using single-use plastic in India following public pressure and looming bans on single-use plastic — less than a year after it publicly committed to eliminating the harmful packaging, the Oceana report noted.

But the company has yet to make a similar transition for its operations in the rest of the world — and that transition needs to happen fast, said Littlejohn.

"Amazon is so prominent now because of the pandemic," he said. “This company ... is setting the table for how we’re going to get our goods and services going forward ... (and) we think they're a great company to really ask them to point out the problem, and ask them to solve it.”