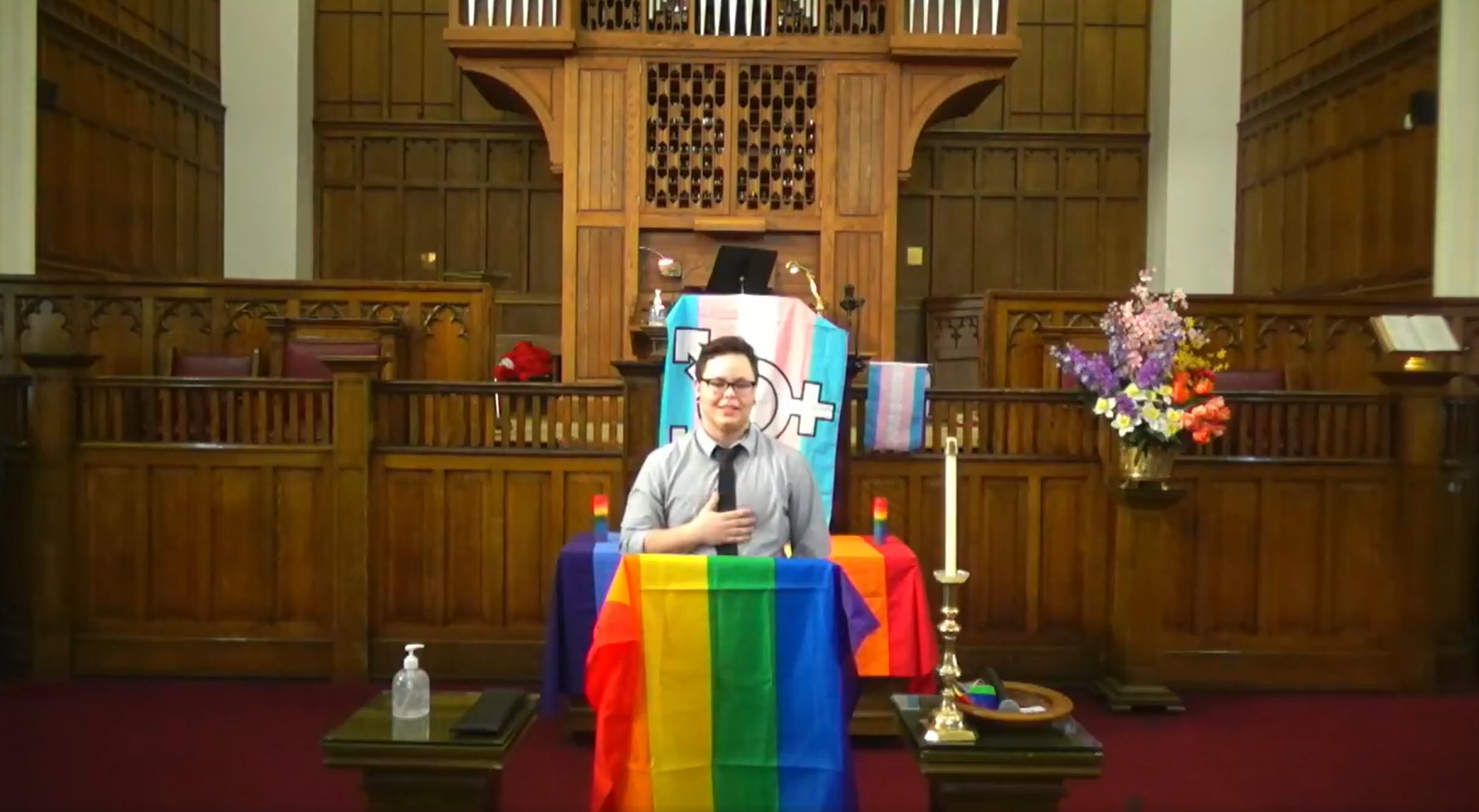 An Edmonton church group marked the International Day Against Homophobia, Transphobia and Biphobia with a Facebook Live event Monday to highlight the importance of inclusion and acceptance within church communities.

The event, hosted by Robertson-Wesley United Church showcased pastors, Indigenous elders, musicians and other members of the church community.

Erin Thomas, a pastor at Trinity Lutheran Church, talked about her experiences with intolerance in the church and biphobia in LGBTQ+ spaces while offering advice to younger congregation members.

“You are holy and loved as you are. You need not justify your existence to anyone... Heaven knows we need as many expressions of love in the world as possible, especially now,” Thomas said.

Emmet Michael, an Edmonton-based musician, performed songs and detailed his process of realizing that “faith and being queer are not mutually exclusive identities.”

R.W. Hoekstra, a Mohawk committee member at St. Paul’s United Church, spoke about how being adopted by a family of Dutch ministers, coming out and reconnecting with two-spirit Indigenous traditions have shaped him.

“They are two different worldviews (Indigenous tradition and Christianity)… yet somehow I am able to weave them together. I have them encircled together, and for me, they’ve given me a foundation in my life that I’ve never had before.”

Comments posted in the live chat from viewers were positive, thanking the speakers for their passion and bravery.

The event was co-ordinated by Affirming Ministries, a network of Christian ministries associated with the United Church of Canada. Its mandate is to promote “greater awareness of sexual orientation and gender identity issues,” end discrimination against LGBTQ+ communities and offer support to anyone seeking it.

Younger people especially are seeking this kind of church programming, says John Eldridge Carr, theology student and pastor-in-training at the University of British Columbia. Fewer young people are in the pews — a trend Carr says is a response to documented abuse and historical intolerance by the church.

"You are holy and loved as you are. You need not justify your existence to anyone," Trinity Lutheran Church pastor Erin Thomas told LGBTQ+ community members on the International Day Against Homophobia, Transphobia and Biphobia. #IDAHOBIT2021

“A lot of folks who are millennials or (younger), they have a certain expectation that they don't want to be in communities where people are oppressed or people are looked down upon,” Carr says.

Acceptance of LGBTQ+ people is vital, and organizations like Affirming Ministries send the message that change is happening gradually, says Carr.

“A big step to kind of show that your community is modernizing is to be affirming,” Carr says. “To display publicly the certification and to say we don't tolerate queer folks, we embrace them. We acknowledge them. We affirm their lives, and we don't try to change them.”

Though events like these are signs of progress for many, religious leaders aren’t always at the helm of social change. In November 2020, the Vatican declined to recognize same-sex marriage, an upsetting decision to LGBTQ+ Catholics who had hoped Pope Francis’ assertion that he cannot judge gay people would help advance same-sex marriage rights within the church.

Some aren’t waiting for ecclesiastical authorities to endorse marriage equality. Priests in Germany were reported last week to be blessing same-sex couples in open defiance of the Vatican.

The momentum of modernization is important, says Carr.

“Right now people are willing to listen. But the moment they do not follow up with action, it's just more empty words, and we don't have any time for that.”