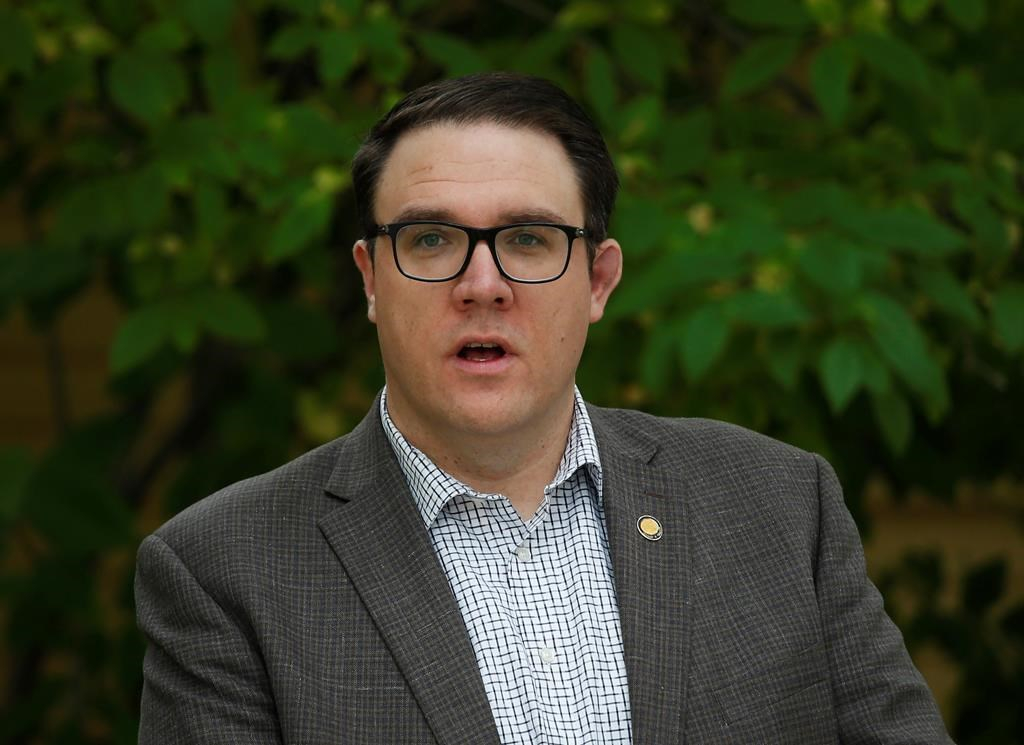 Alberta Environment Minister Jason Nixon is seen during a news conference in Calgary on Sept. 15, 2020. THE CANADIAN PRESS/Todd Korol
Previous story
Next story

EDMONTON — Alberta is reviving its so-called turn-off-the-taps legislation, but with a few changes.

Environment Minister Jason Nixon says a proposed bill with revisions would be retroactive to May 1, when the previous act expired following a two-year sunset clause.

The original legislation was crafted by Alberta’s former NDP government and proclaimed as the first act of Premier Jason Kenney’s United Conservative government in April 2019.

It was to be used as a last resort against British Columbia to restrict the flow of oil and gas to that province in a dispute sparked by B.C.'s reluctance to co-operate with construction of the Trans Mountain pipeline expansion.

B.C. has since given in, but Alberta Environment Minister Jason Nixon says it’s prudent to have such legislation in case others seek to limit Alberta’s legal ability to develop its resources.

The bill removes references to blocking refined fuels and instead asserts Alberta’s authority over its primary natural resources — changes Nixon says bring the legislation more in line with constitutional protections.

“This shows Alberta is serious, that we have a serious law in place,” Nixon said Tuesday before the bill was introduced in the house.

“This is like a fire extinguisher, having it on the shelf ready to go. Hopefully, we never need it, but we need to have it in place.”

B.C. challenged the legislation after Kenney’s government proclaimed it and later won an injunction in court against it on the grounds it would cause irreparable harm.

Last month, the Federal Court of Appeal set aside the injunction. It called it “premature” because Alberta hadn't yet used the legislation.

The court said without regulations and a licensing scheme from Alberta, the court could not assess the constitutional validity of the law.

Alberta is reviving its so-called turn-off-the taps legislation, but with a few changes. #ableg

Kathleen Ganley, energy critic for the NDP Opposition, criticized the government’s decision to take out the “refined fuels” references.

She said blocking refined fuels was the key deterrent. She also noted that the government is responding to constitutional concerns even though the courts have yet to rule on that issue.

“The UCP proclaimed the bill only to let it expire and then reintroduce weaker legislation,” said Ganley.

“This is just weak and ineffective legislation from Jason Kenney and his UCP government.”

This report by The Canadian Press was first published May 25, 2021.

B.C. to argue for injunction on Alberta's turn-off-the-taps law in Calgary court